Next Up for Disney+ is Marvel’s ‘Wonder Man’ TV Series 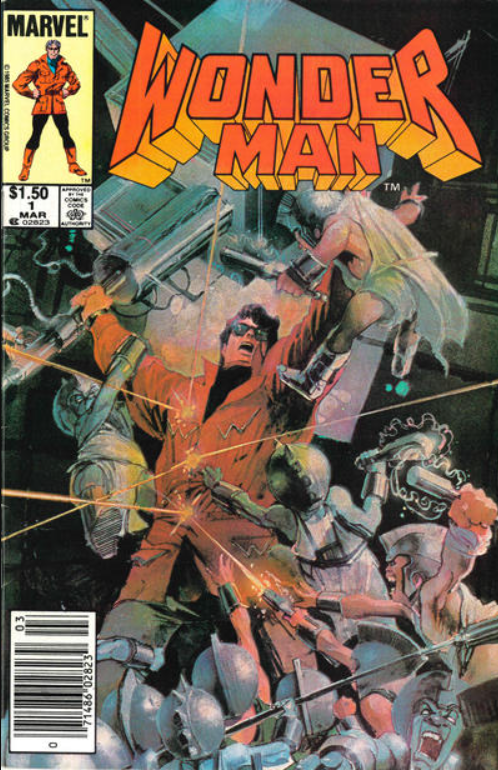 Wonder Man is the latest Marvel superhero to get the screen treatment, THR reports.

Shang-Chi and the Legend of the Ten Rings filmmaker Destin Daniel Cretton has teamed up with Andrew Guest, a writer-producer on comedies such as Brooklyn Nine-Nine and Community, to tackle a live-action series featuring the longtime Marvel character.

Guest will serve as head writer of the series, while Cretton will exec produce and possibly direct an episode or more. Cretton is working via his overall deal with Marvel Studios, signed late last year in the glow of Shang-Chi’s success. Development for what is being titled Wonder Man is in the early stages, but if things crackle, cameras could be rolling in 2023.

Wonder Man is one of Marvel’s oldest characters, first introduced in 1964 in the pages of Avengers No 9. He was initially a villain and only appeared sporadically in the early Marvel Age, but was reconceived as a hero (and Avenger) in the late 1970s.

In the 1980s, the character really came into his own. Known as Simon Williams, he was a founding member of the Los Angeles-based West Coast Avengers and, with a look that included a turtleneck, a red jacket and sunglasses, became a celebrity thanks to his day job as an actor and stuntman.

The character also developed strong ties to classic (and now, thanks to Marvel movies and an Emmy-winning series, globally known) characters Vision and Wanda/Scarlet Witch. Stories tied him to the android via ionic energy and brainwaves that implied the two were akin to brothers. Wonder Man even developed feelings for Wanda, after Vision had been dismantled.

Takes on the character for the Disney+ series were not revealed.