Q-Force, an gay centric animated comedy series, is only going to have one season. The series finale of the brief-lived sitcom will now act as its series finale, according to TVLine, as there is no second season of the show planned at Netflix. Q-Force debuted to much fanfare on the streaming service in September 2021, and since then, there has been very little viewership leading to no word on whether it will be renewed.

Twink’s voice actor Matt Rogers made the initial announcement on the Attitudes! podcast. Rogers said he enjoyed the experience and that he “loved it.  It was so fun to be able to bring joy to something… The people that loved it really loved it, and the good news is that it will always be on Netflix. It did not get a second season, but it is out there and it exists.”

“I was a huge fan of [series creator] Gabe Liedman ever since I was in my early twenties starting comedy,” Rogers also said of getting involved with the animated series in an A.V. Club interview. “Gabe Liedman’s stand-up album was the one that my sketch group, when we were going to festivals, would play in the car on the way there. We love Gabe, and I obviously love his work with Jenny [Slate], and everything he’s ever done. He’s such a genius writer. I mean, it’s Inside Amy Schumer, Broad City, Transparent, Pen15—it’s truly crazy what he’s contributed to.” 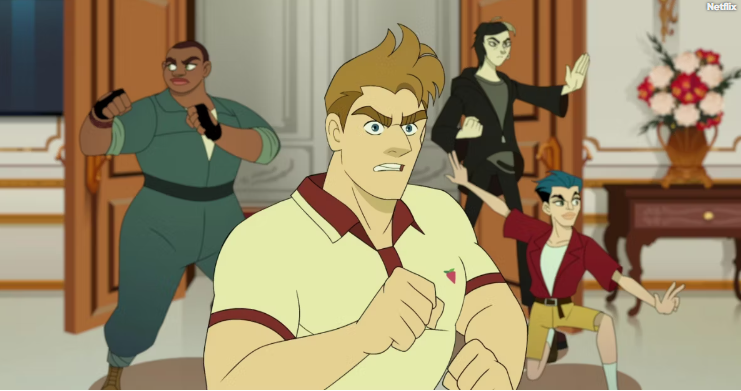 He added, “So, when I heard he was creating a show that was executive produced by Sean Hayes, and it was like a gay James Bond, I was like, “Please!” I was sent a script, I took a meeting, and, based on the meeting, got hired. When I read it, the character Twink really jumped out to me because I loved that he could become anything, you know? He’s a drag queen by day, master of disguise by night. I thought it was really clever—the use of code-switching as a superpower. And there’s a lot of that in the show, just little things that we, as queer people, understand, blown out into what makes us really effective parts of the team.”

The synopsis for the show was as follows: A gay superspy and his scrappy LGBTQ squad fight to prove themselves to the agency that underestimated them. Today, West Hollywood… tomorrow, the world!

Critics roasted the show, calling it “derivative,” “dull,” and “not particularly funny”. 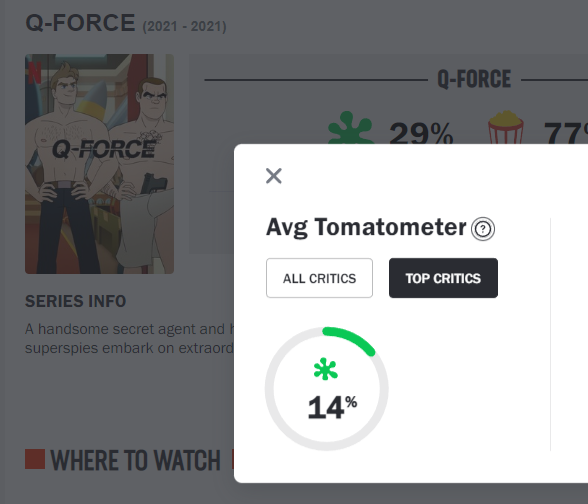 Masochists may still watch the first season on Neflix.