Netflix has created a new way to search for Marvel Studios content while also honoring the late Stan Lee who is perhaps more responsible than anyone for making the comics publisher a household name. Lee’s catchphrase “Excelsior!” has become part of the comicdom lexicon, since it’s how he would sound off in his editorial columns in Marvel Comics.

And now it’s a new way to search for Marvel-related content on Netflix.

Go to your @netflix. Give it a shot. In the words of @TheRealStanLee: “’Nuff said.” pic.twitter.com/JBT39Uzc3P

It’s nice to see Netflix honoring Stan Lee and his famous phrase. If you log into your Netflix account and search for “Excelsior!” it will produce all of the Marvel content currently streaming on the site. 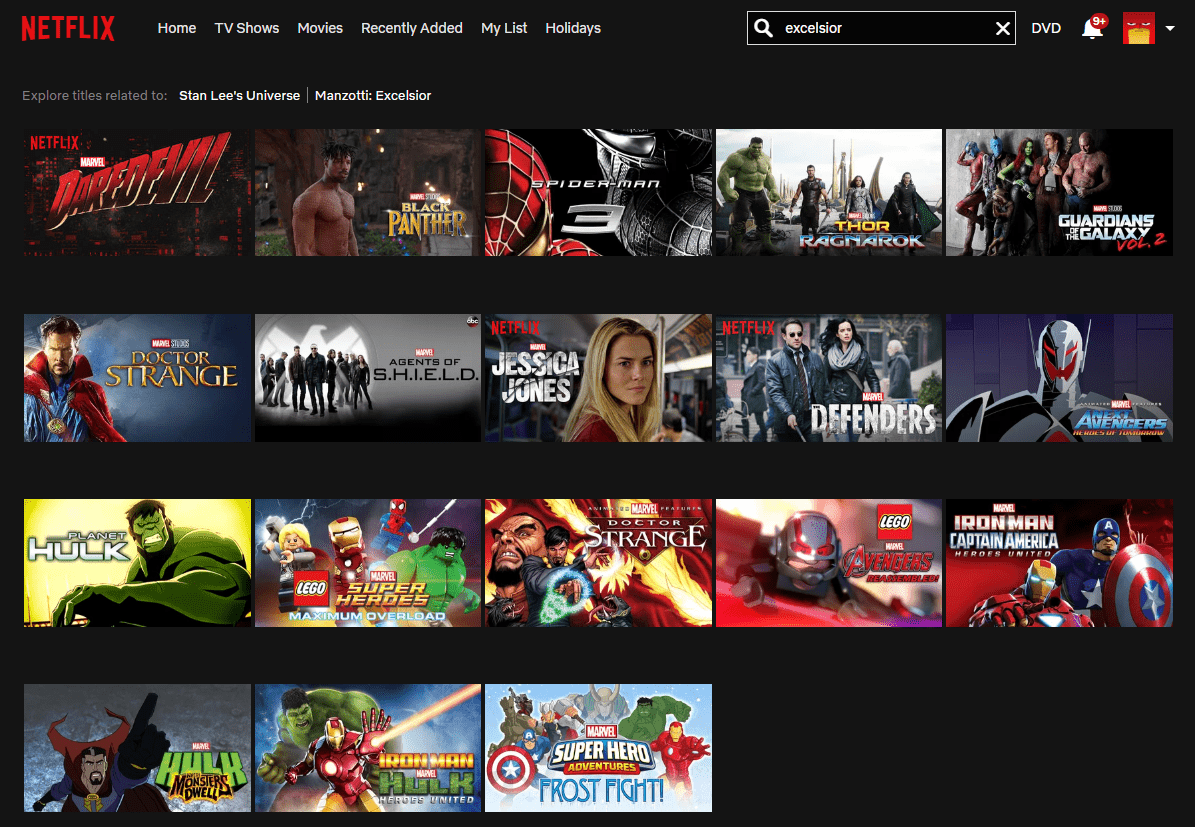 While it is a simple gesture, it’s a fun one, and another of the several beautiful tributes to Lee this week. Without Stan Lee, all these superhero movies and TV series would never have seen the light of day. Thank you again, Mr. Lee, for pushing comic books into the Hollywood mainstream.