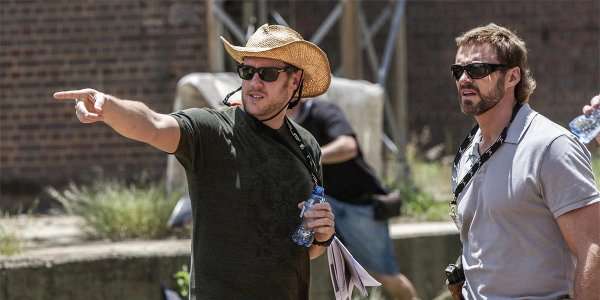 The backstory to the pic, written and directed by the District 9 and Elysium helmer in his first movie since 2015’s Chappie, is interesting: Deadline reported a couple of months ago that he shot it under the radar in British Columbia over the summer during the pandemic, after he had to pause on moving forward with the AGC-backed Taylor Kitsch action thriller The Inferno because of the Covid shutdown.

The result is Demonic. The plot centers on a young woman who unleashes terrifying demons when supernatural forces at the root of a decades-old rift between mother and daughter are ruthlessly revealed. Blomkamp, Mike Blomkamp of Stabiliti Studios, and Stuart Ford and Linda McDonough of AGC Studios are producers. AGC’s Miguel Palos Jr, Alastair Burlingham, Charlie Dombek, Viktor Muller and Steven St. Arnaud are executive producers.

Roland Emmerich to Direct 'For Those About to Die' for Peacock
'Alien' Franchise Reboot? Its Very First Comic Series is the Answer