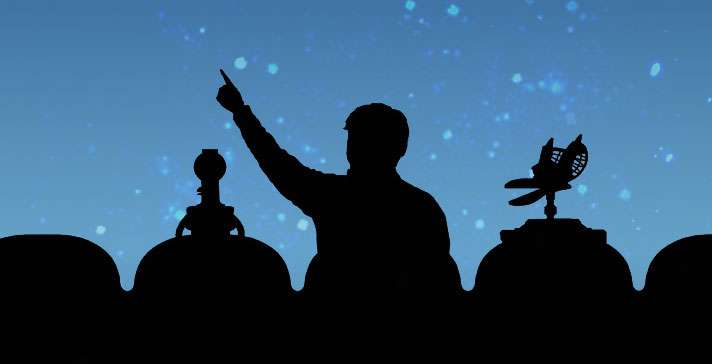 Mystery Science Theater 3000 is about to be back again for the second time and the first trailer for season 13 has been release straight from the Gizmoplex!

Though the series was previously revived at Netflix the streamer opted not to pursue a third season, leading to yet another record-breaking Kickstarter campaign and a platform exclusively for all things new MST3K. As confirmed in a press release, but visible in the promo art for the new episodes, this season will welcome three different human hosts for the series including returning test subject Jonah Heston (Jonah Ray) who shares hosting duties with the newest kidnapped Gizmonic technician, Emily Connor (Emily Marsh) and original host Joel Robinson (show creator Joel Hodgson).

The Gizmoplex will be the only place to view the new episodes of the upcoming season of MST3K which will kick off with three episodes the weekend of May 6, starting with The Treasure of Dracula, followed by Robot Wars (May 7), and Beyond Atlantis (May 8). New episodes will drop every two weeks after this, including new episodes and shorts, along with livestream premieres and special events.

As part of the official launch of the Gizmoplex, MST3K also announced that “all visitors will be able to stream every available classic episode of MST3K for free – on demand and without commercials – for a limited time.” Gizmoplex will be available online and through apps for both iOS and Android devices, Roku, Amazon Fire TV, and more.