‘Morbius’ Director May Have Spoiled a Venom Cameo & Much More 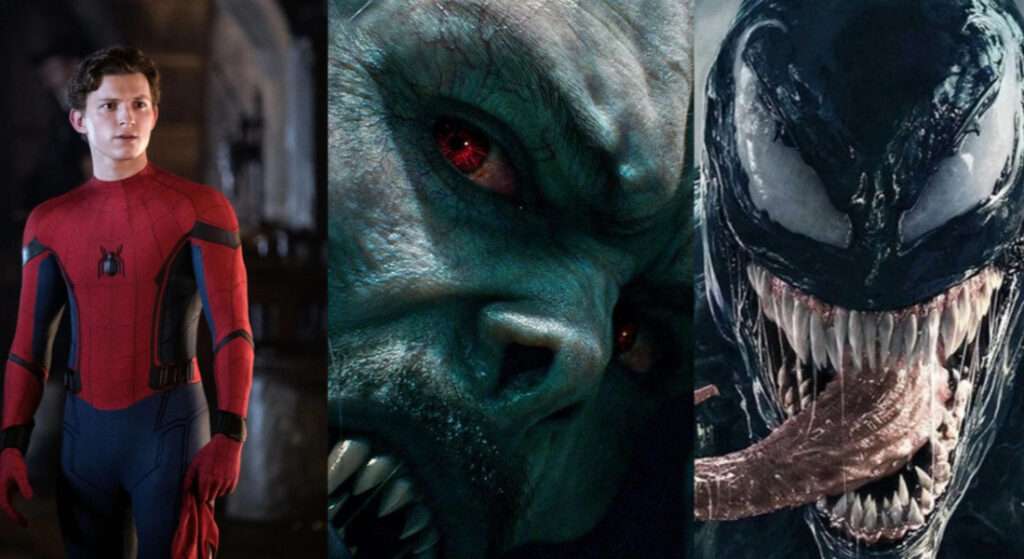 Morbius helmer Daniel Espinosa seems to have dropped a Venom shaped ball in a recent interview with Swedish site MovieZine. We have already been given sight of a coming together of Spider-Man villains, with Morbius‘ first trailer showing Michael Keaton’s Adrian “The Vulture” Toomes, as seen in Spider-Man: Homecoming, making an appearance, and while we are awaiting Tom Hardy’s return as Eddie Brock in Venom: Let There Be Carnage, the filmmaker looks to have spoiled a future appearance by Venom in Morbius when it arrives in January 2022.

In his MovieZine interview when asked about directing big stars, Espinosa said,

“It usually feels strange before the day begins, when you look at the schedule and stand on the set yourself. When you walk around there, the recording looks just like a Swedish production, but then when you look at the schedule and read names like Michael Keaton, Jared Leto, Tom Hardy, then it feels cool and very exciting. But once you start working, it’s exactly the same thing. An actor wants a director and actors want to be directed.”

And with that, Eddie Brock, as played by Tom Hardy, appears to be making an appearance in Morbius. The issue now is whether it will be Brock or his more symbiotic side will show up.

What is known is that there is, and always has been a plan to potentially merge the Sony Marvel Universe and the Marvel Cinematic Universe, and it appears that much of that link will be addressed in Spider-Man: No Way Home. Sanford Panitch, Sony’s President, has previously stated that there is “really a strategy” to connect the worlds, and that the connection would be detailed in the forthcoming Spidey film.

Writer of 'Loki' & Doctor Strange 2 Tapped to Write 'Secret Wars' Screenplay
Sony Has Acquired the Rights to Tarzan; Plans to Reinvent Franchise
Watch: Marvel's 'Werewolf by Night' Gets a New Featurette
Marvel Studios Pivots on 'Armor Wars'; Series Now Being Developed as a Film
Harrison Ford Taking Over 'Thunderbolt Ross' in the MCU?
Early Reviews are In: Could 'Werewolf by Night' Actually be Good??
Tom Hiddleston Teases TVA Battle for 'Loki' Season 2