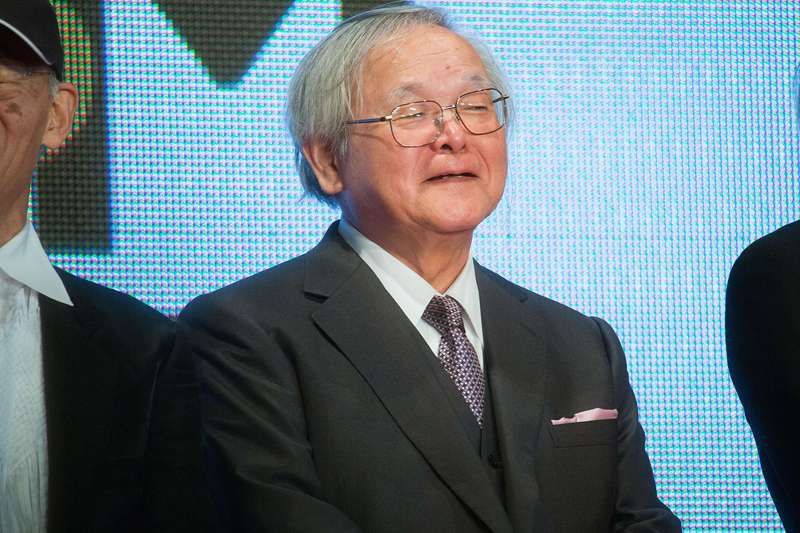 Japanese animation director/producer Yoshikazu Yasuhiko, one of the leading creators of the Mobile Suit Gundam franchise that’s been going since 1979, along with at least a few other cartoon series, was recently interviewed at Forbes. One of the subjects brought up was how Japan does do licensed merchandise, and there had been some produced based on Giant Gorg in 1984:

“At that time during the ‘80s, the most important thing for robot animation was play value for toys, as they were the main type of companies sponsoring it. Every time you would come up with a new robot anime, the sponsor would ask about how you could play with that robot. Did it transform? Did it combine? Did it have a rocket punch? Things like that. So I wanted to do something new, that didn’t have this kind of typical play value. That meant that Gorg would be a straight-up robot, as well as having Yu go inside the robot and communicate with Gorg with just his mind or heart. So I wanted to have something that didn’t have the sponsor-induced play value, and I explained this to them. Thankfully, the sponsor understood what I hoped to achieve and was willing to let me do it this way. Unfortunately, the toys didn’t sell. The ratings for the anime itself at that time wasn’t great either. In all honesty, after doing Giant Gorg I felt defeated and that I failed. 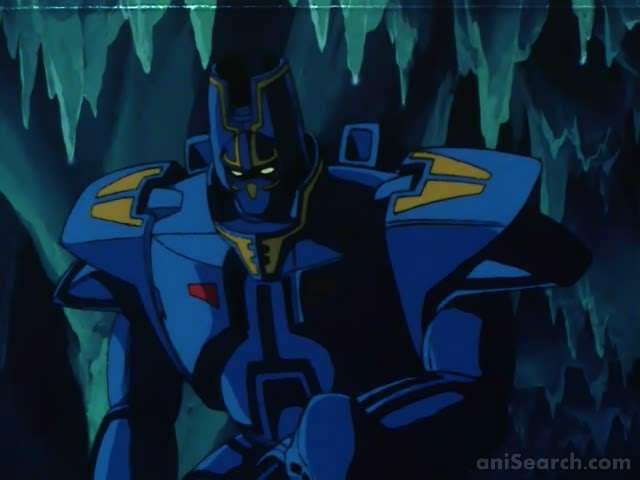 Admittedly, it’s unfortunate if neither TV show nor toy adaptations were a success at the time, but one advantage most Japanese cartoon producers have is that, unlike in the west, if they’re manufacturing toys based on the animation, they don’t water down the vision to suit the western idea of a kid-friendly production. Of course, from a western perspective, merchandise based on movies, comics, TV and cartoons is surely the problem, because in the end, why spend all that extra money on stuff that could take away attention from the original creation? And what if it’s unsuccessful in the end? Yasuhiko had a good idea not to make the robot in Giant Gorg according to what was commonly expected.

However, depending on how one views Japan, much like the USA, they may still have certain drawbacks when it comes to how a new movie should be developed:

“With Venus Wars though, it was the same case as with Arion. In short, it is very difficult to convince sponsors and movie companies to start a new movie from scratch. So I came up with a strategy to work on a manga first and once that was commercially successful to some extent, then you could start talking about a movie. That was the impetus behind creating the manga for Venus Wars.

If this is correct, it reminds me of an interview I may have read from a now defunct magazine, American Film, in the mid-80s, with a producer from the similarly now defunct Filmation studio (1962-89), that it had become “an impossible task” to market TV cartoons based on original ideas. Instead, they had to try more to base them on already established comic and toy franchises, like the Masters of the Universe toys from Mattel Corp. Which confirms what went wrong with consumerism in the 80s, and explains the lack of faith most marketers had at the time in selling anything original. How can you truly expect to build up success if it all hinges on weak business choices, rather than – again – entertainment value? Not to mention finding ways to build up a sizable audience for more adult and/or intelligent fare?

Unfortunately, Yasuhiko also says something flawed from a modern perspective, although there’s also a plus:

“Gundam The Origin began with Sunrise wanting to bring Gundam to an international market, especially that of the US. However, the problem was that the animation for the original Mobile Suit Gundam TV series and movies was just too old. They felt that just releasing those as they were wouldn’t work. In addition, comics are very popular in places like the US, so a new manga could act as a bridgehead. My initial reaction to the request to reboot Mobile Suit Gundam as a manga was quite an unpleasant one. Sunrise was very keen on this idea, so they kept on coming back to me repeatedly about it. I told them I didn’t care about bringing Gundam to the US or any of the money they were offering. At the same time, I did feel a degree of responsibility towards this new project, as I was a member of the original Gundam team. In that sense, I felt responsible that we hadn’t managed to make an anime that could endure for 40 years or so. Obviously, I was no longer an animator, but I still wrote manga. I thought that if it did happen as a manga, it would take a very long time to do. So I spoke with the head of Sunrise and said that if I did a manga of the original Mobile Suit Gundam it would take at least three years. I was told this was far too long. In the end, it took me ten years to do. The manga of Gundam The Origin was also successful commercially, so I was happy about that.

If he’s alluding to the present, there’s no longer a case like there was over 40 years ago when comics were popular at the time he was barely new to his career, and I wish people like him would be willing to do some better math and not look at the pop culture landscape through a rose-colored lens. But I think it’s admirable he wasn’t in this for the money alone, and if importing Gundam to the US meant dumbing anything down, that’s not the way to go. Whatever the quality of the original story, it should be imported intact, and sold to the precise audience it was intended for, just as it was in Asia. 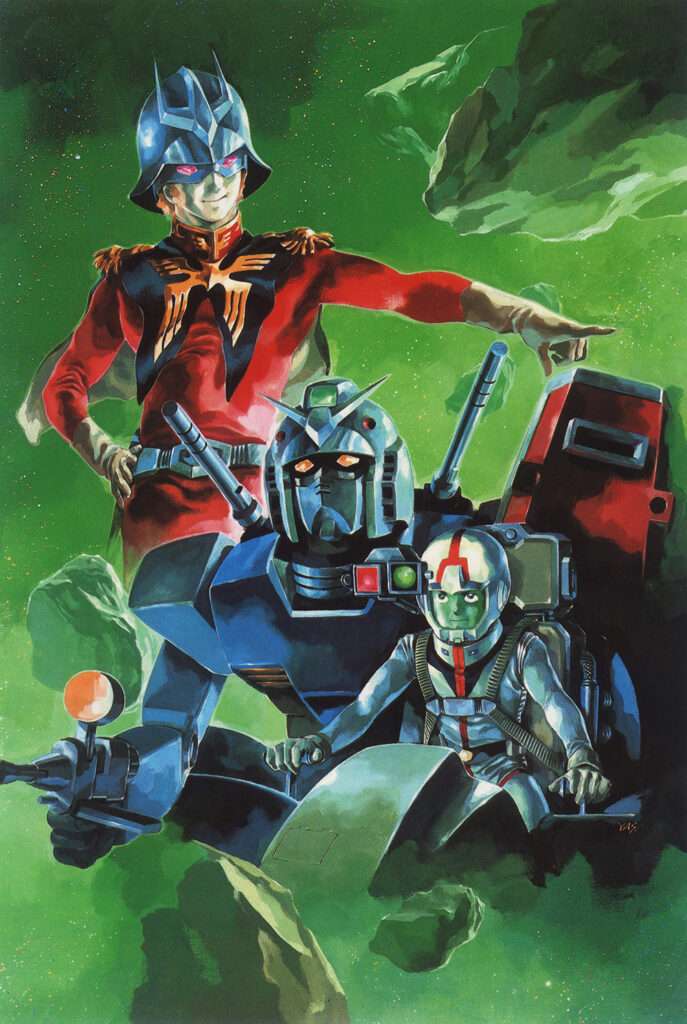 Yasuhiko also cited an episode from the original Gundam that wasn’t part of the original video package when it was dubbed in the USA:

“When it comes to the episode Cucuruz Doan’s Island from Mobile Suit Gundam, this was effectively a side-story. So when plans are made on doing digest-type movies, these kinds of episodes are prime candidates. During the production of the original anime, this episode was outsourced to a completely different team to give the main team more time to focus on the core story. This meant the episode’s animation quality was bad, but it still had a great story. That means when I went to the head of Sunrise and asked if I could re-animate it and he said there were no issues with that.”

I’ve always thought it was odd this episode wasn’t sold as part of the original package in the USA, if only because, having once seen it myself, I didn’t think the animation was so bad as to hide their shame beneath a boulder. I don’t know if this is still the case where it’s been left out of overseas packages, but it decidedly should be included with the rest intact as it was before, and let audiences judge for themselves.

Anyway, Yasuhiko looks like he’s had quite an impressive career, whatever the ups and downs, and is one of various animators in Japan who’ve proven they can produce stories and themes far more sophisticated than what’re usually seen in US animation.