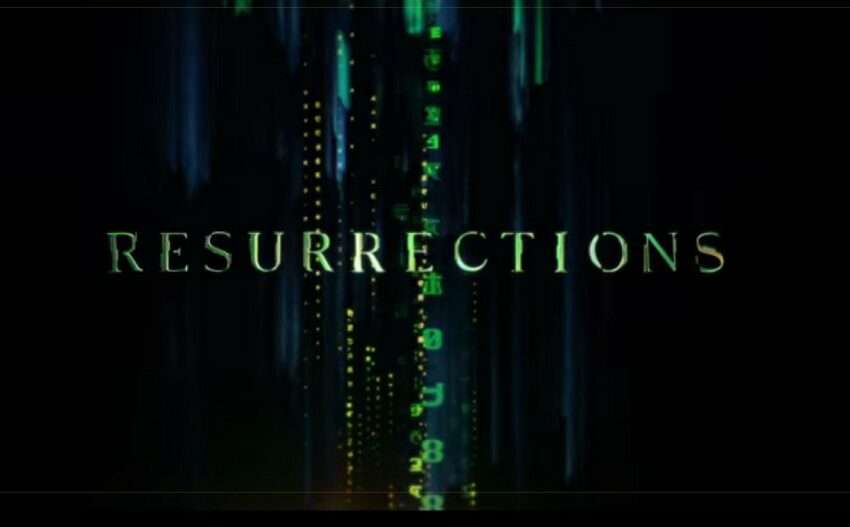 Following the release of the first trailer for the sci-fi action sequel, Warner Bros. has released a new, somewhat ambiguous synopsis, which could imply that the film would obliterate The Matrix Reloaded and The Matrix Revolutions from the franchise’s canon. These hints can be found in the official summary.

The Matrix Resurrections is a continuation of the story established in the first MATRIX film. It reunites Keanu Reeves and Carrie-Anne Moss as cinematic icons Neo & Trinity in an expansion of their story that ventures back into the Matrix and even deeper down the rabbit hole. A mind-bending new adventure with action and epic scale, it’s set in a familiar yet even more provocative world where reality is more subjective than ever and all that’s required to see the truth is to free your mind.

20 years after the first film, the franchise that helped define pop culture at the turn of the century is back for a continuation and extension of the original movie. The Matrix remains in the zeitgeist as a film that has changed the way we look at cinema and reality itself. With its game changing action and visual effects, The Matrix helped pave the way for films to follow.

While it may seem a bit of a reach, the lines “continuation of the story established in the first MATRIX film,” and the reference to The Matrix Resurrections as a “continuation and extension of the original movie,” that stand out. There is no mention of The Matrix Reloaded or Revolutions, but there are multiple mentions of the first film, which appears odd and could indicate that the impending fourth film will take events in an even more divergent route, completely disregarding the previous sequels. 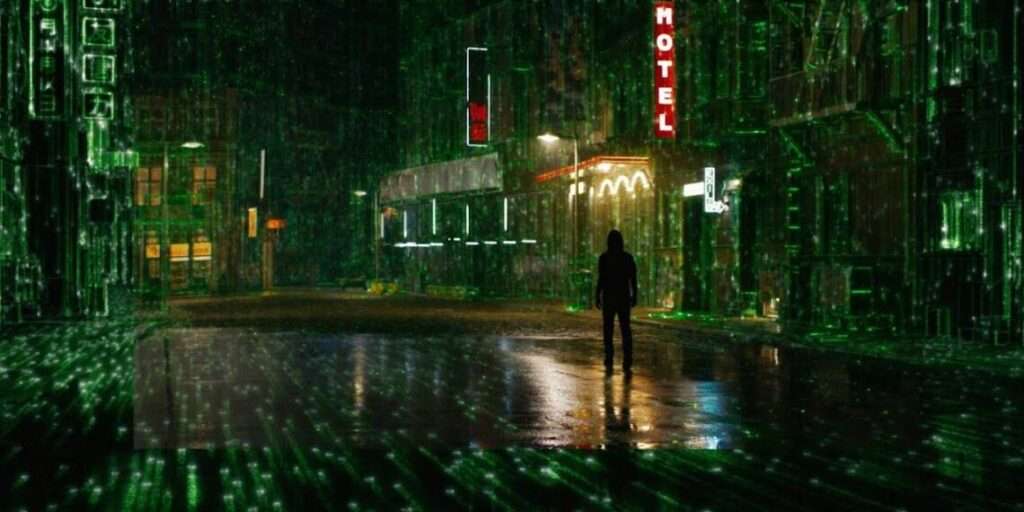 This could mean that The Matrix Resurrections is picking up years after Neo first discovered he could fly, rather than following his death and the reboot of The Matrix, the tale will diverge into something completely unexpected, maybe filling in the gaps between the 1999 original and the 2021 sequel.

After all, pretending that previous chapters of a franchise never happened is nothing new, as both 2018’s Halloween and Terminator: Dark Fate the latest to use this strategy. While The Matrix is widely regarded as one of the most important science fiction films of all time, the sequels were critically panned, with many critics believing that they not only failed to live up to their predecessor, but even hurt it with their unsatisfying disclosures and ends.

Critically, The Matrix Reloaded did okay, but the second sequel, The Matrix Revolutions holds a lowly 35% on Rotten Tomatoes, offering insight to the overall general consensus, and why The Matrix Resurrections would potentially skip them. Or maybe it’s just the reason the studio left mentions of them out of the synopsis. We’ll know when the film is finally released.

Related ‘The Matrix’ Trilogy Creator Chose the Blue Pill, Not the Red Pill

The Matrix Resurrections is scheduled to be released by Warner Bros. Pictures theatrically on December 22, 2021, and will also stream on HBO Max in the United States for a month beginning on that same date.

HBO Max Pulls Plug on 'Doom Patrol' and 'Titans'
Business Must Be BOOMing: BOOM! Studios Beefs Up Staff
All the Reasons HBO Max's 'Velma' Went So Terribly Wrong
Despite Everyone Hating 'Velma' 2nd Season is Reportedly in the Works
Prime Video Surpasses Netflix in the U.S. Streaming Market
HBO Max's 'The Penguin' Series to Tie In to 'The Batman' Sequel
Hugh Jackman: I Need 'Six Months' to Get Back in Shape for Deadpool 3