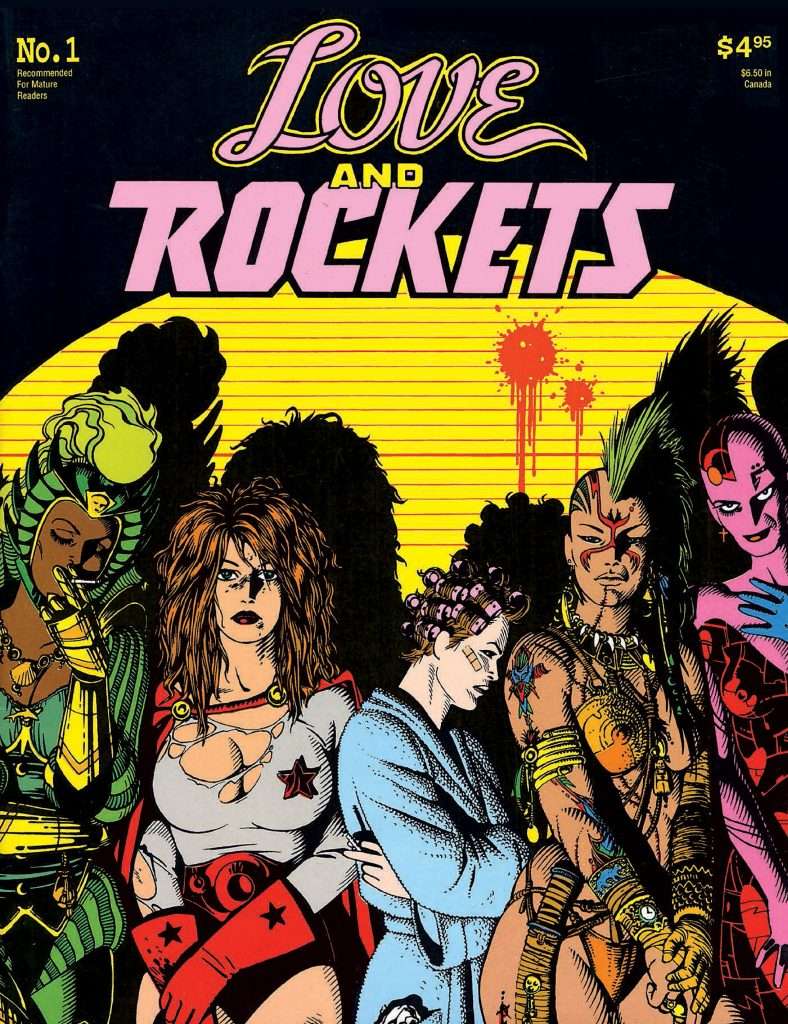 ARTBOUND‘s thirteenth season of the documentary series kicks off with an examination of Love & Rockets, celebrating their 40th anniversary this year, and one of the first comic book series in the alternative movement of the 1980s. The new season of ARTBOUND will premiere with two back-to-back episodes starting with the documentary “Love & Rockets: The Great American Comic Book” on Wed., Oct. 5 at 9 p.m. PT on KCET.

All six documentaries in the new season will also subsequently air on both PBS SoCal in Southern California and Link TV nationwide with “Love & Rockets: The Great American Comic Book” debuting Fri., Oct. 7 at 8 p.m. PT on PBS SoCal and Tues., Oct. 11 at 10 pm ET/PT on Link TV (DirecTV channel 375 / Dish Network channel 9410). The full lineup and descriptions of the 13th season of ARTBOUND are listed below as are details for three upcoming in-person screening events for this season’s documentaries.

Timed to the announce of the new season, ARTBOUND is also offering up a collection of digital shorts that debuts today on kcet.org/artbound. These three short films directed by award-winning journalist and documentary filmmaker Dolly Li (Historian’s Take, How Chop Suey Saved San Francisco’s Chinatown) include a look at Phung Huynh’s portrayal of the Cambodian American experience, Lauren Lee McCarthy’s thoughtful approach to NFT art and human relationships and artist Emily Barker’s work dismantling the systemic challenges of people living with disabilities.

An ARTBOUND Season 13 private Premiere Screening Event of the season’s first documentary “Love & Rockets: The Great American Comic Book” is slated to take place on Tues., Oct. 4 at 7 p.m. at the Laemmle Noho 7 followed by a panel discussion with Gilbert Hernandez, Jaime Hernandez along with filmmakers Omar Foglio and Jose Luis Figueroa of Dignicraft. The event is moderated by Carolina A. Miranda, arts columnist, Los Angeles Times. Reception to follow. A limited number of tickets will be available through KCET’s social media accounts on Instagram and to Love & Rockets fans via social media.

New episodes of this season of ARTBOUND will premiere as follows (subject to change*):

Love and Rockets astounded the alternative comic book scene and garnered a world-wide fanbase by pushing the edge of storytelling through graphic art. Originally published by the Hernandez Brothers, Love and Rockets has been praised for its diversity and nuance. Its storylines have continued for the past 40 years with its characters aging and situations developing in real-time. Directed and produced by Dignicraft.

In 1963, Marcel Duchamp, considered by many to be the father of conceptual art, was photographed in a museum playing chess against a nude model. This documentary tells the story behind this iconic image as well as reveals how Duchamp agreed to hold his first-ever career retrospective in LA at a time when the city was considered an artistic wasteland. The opening night party would become a defining moment for generations of artists who would go on to revolutionize the contemporary art world. Directed by David Grabias. Produced by Artifact Studios, Inc.

This film explores the importance of art in infrastructure in the WPA era and takes a look at publicly funded arts programs across the city to ask the question: what would a ‘New Deal’ look like today? When Franklin D. Roosevelt created the Works Progress Administration (WPA) as a way to provide opportunities to millions of unemployed Americans recovering from The Great Depression, no one imagined how far-reaching its impact would be. From critical infrastructure to visual art pieces, over 140 projects were completed by the WPA in Los Angeles. However, the WPA also gifted Americans with a lesser known legacy of music, theater and literary works. Directed by Anna Rau and Corbett Jones. Produced by The Range.

Since the early ‘80s, artist Rubén Ortiz Torres has been working as a photographer, painter, sculptor, writer, filmmaker and video producer. Often associated with the development of a specifically Mexican form of postmodernism, Ortiz Torres’s life is a collage that explores the social and aesthetic transformations related to cross-cultural exchange and globalization. This episode examines how his past and present informs an unc