There will be an influx of new characters in Doom Patrol season 3 — with the Dead Boy Detective Agency and the supervillain group, Sisterhood of Dada, now officially cast.

Created by Arnold Drake, Bob Haney and Bruno Premiani, the eclectic superhero team debuted in 1963’s My Greatest Adventure #80. They have since enjoyed a variety of runs over the decades, tackling a range of unconventional threats and villains. Initially sharing a connection with the Titans timeline, the misfit group was adapted for a solo (and wholly unconnected) show that premiered in 2019. Developed by Jeremy Carver, Doom Patrol was well-received by critics and fans alike. As a result, it was ultimately renewed for a second and then a third season. 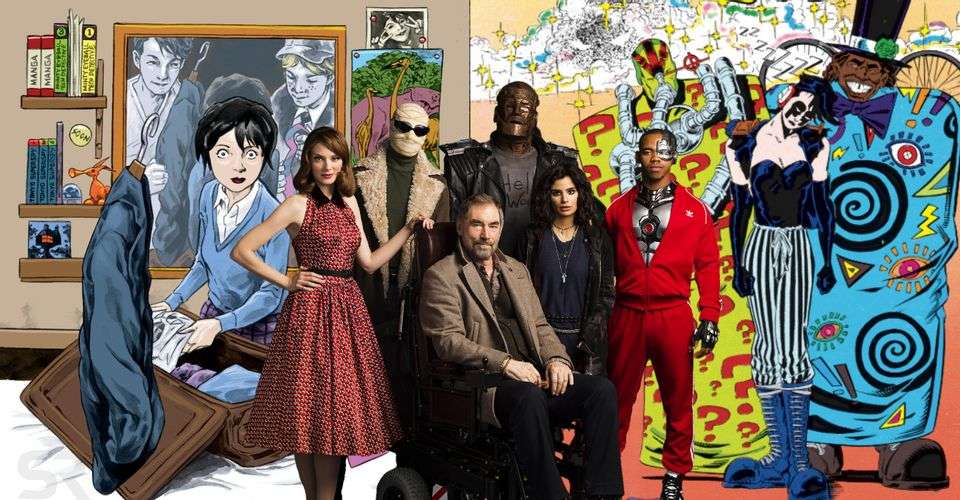 Announced by DC, the new episodes will introduce Micah Joe Parker as Malcolm, a thoughtful soul who would rather be invisible than face the unforgiving world. Wynn Everett has also signed on to play a charming and poetic suspected terrorist named Shelley Byron (a.k.a. The Fog). Miles Mussenden will play Lloyd Jefferson (a.k.a. Frenzy), a scarred and tattooed mask sculptor capable of extreme devastation. Anita Kalathara was confirmed to star as Holly McKenzie (a.k.a Sleepwalk), a light-hearted ne’er do well who should never be woken from her naps. Gina Hiraizumi will debut as Sachiko (a.k.a. Quiz), an enigmatic germaphobe in possession of awe-inspiring powers. Together, they will comprise the group known as the Sisterhood of Dada and will recur throughout Doom Patrol season 3.

They won’t be the only newcomers, however. Ty Tennant was also confirmed to guest-star as Edwin Payne, a teenager who died in 1916 and spent 80 years in hell due to a “clerical error”. Alongside him, Sebastian Croft will play a ghost named Charles Rowland who does his best to remain chipper but is haunted by his death in 1989. Last but not least, Madalyn Horcher was confirmed as Crystal Palace, a sarcastic teen and psychic medium that Edwin and Charles rescued from demonic possession. Together they will have established the Dead Boy Detective Agency. The paranormal collective was created by Neil Gaiman and Matt Wagner, debuting via the “Seasons of Mists” storyline in 1991’s Sandman #25.