You would think that after the Paul Bettany cameo tease fiasco, Marvel Studios would tell their folks to avoid setting any expectations and definitely don’t mention possible cameos… But they didn’t say anything to Loki head writer Michael Waldron. In telling Digital Spy about the freedom they had to create the show and which characters they could include, Waldron said: “If they were within the rights, and legal could clear it, there was no reason we couldn’t try and chase them down.” And he added, “Expect the unexpected.”

Meanwhile, the marketing team for Disney Plus is pulling out all the stops to put eyes on Loki and bump those Disney+ subs. 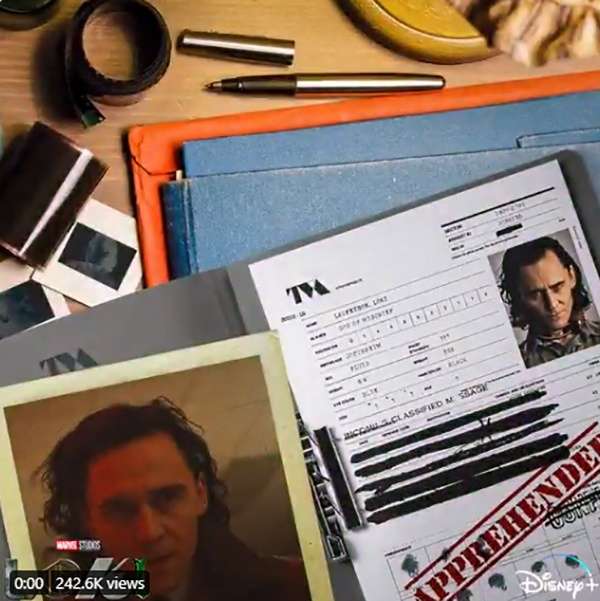 A new teaser trailer on Twitter shows Loki stars Tom Hiddleston and Owen Wilson chatting, footage we’ve seen before. But included in the post is a still shot of Loki’s TVA file, which designates the character’s gender as “Fluid”. Is it just a coincidence that this happened during “Pride Month”? This aspect of the character is actually canon in the comics ever since 2014, and the Trickster God has shapeshifted into many forms including Lady Loki for a while. Any chance something similar might happen in the upcoming Disney+ series?

Dave Filoni Said Disney+ 'Ahsoka' Episode Was a 'Religious Experience'
U.S. Audiences are Growing Weary of Superhero Films & TV
The Abomination is Back: Tim Roth Discusses His Return to the MCU
Red / Yellow: Our Best Look Yet at Daredevil's Disney+ Costume
Get Woke... Disney's Stock Now One of Worst Performing of the Year
M-She-U: Marketing Superheroes to Women is What's Killing Marvel
Hypocritical Disney Openly Supports 'Don't Say Gay' in the Middle East