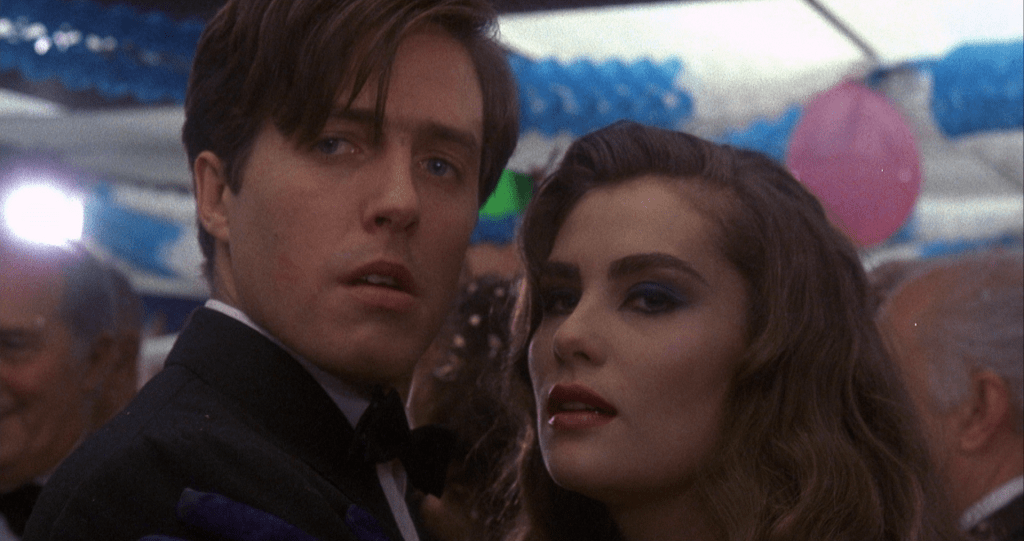 It’s problematic (to say the least) to attempt to untangle Roman Polanski the man from Polanski the director/writer.

That being said, lets take a look at his perhaps unfairly overlooked 1992 black comedy Bitter Moon.

In a thankless role, Grant shines as a typical middle class Brit, repelled but at the same time turned on by Coyote’s tales of his Parisian seduction of Mimi (Polanski’s wife Emmanuelle Seigner) and their exploration of sexual limits –   followed by the inevitable ennui.

Kristin Scott Thomas stars as Grant’s prim wife Fiona, who gets sucked into Oscar and Mimi’s mind (and other) games.

Coyote is outstanding as the pretentious Oscar, a washed up failure of an author, pitifully evident in his overwrought narration.  A warning though – Bitter Moon can be almost unbearably (deliberately) cringe-making in parts, so be prepared for a stormy voyage. But if you’re in the mood…