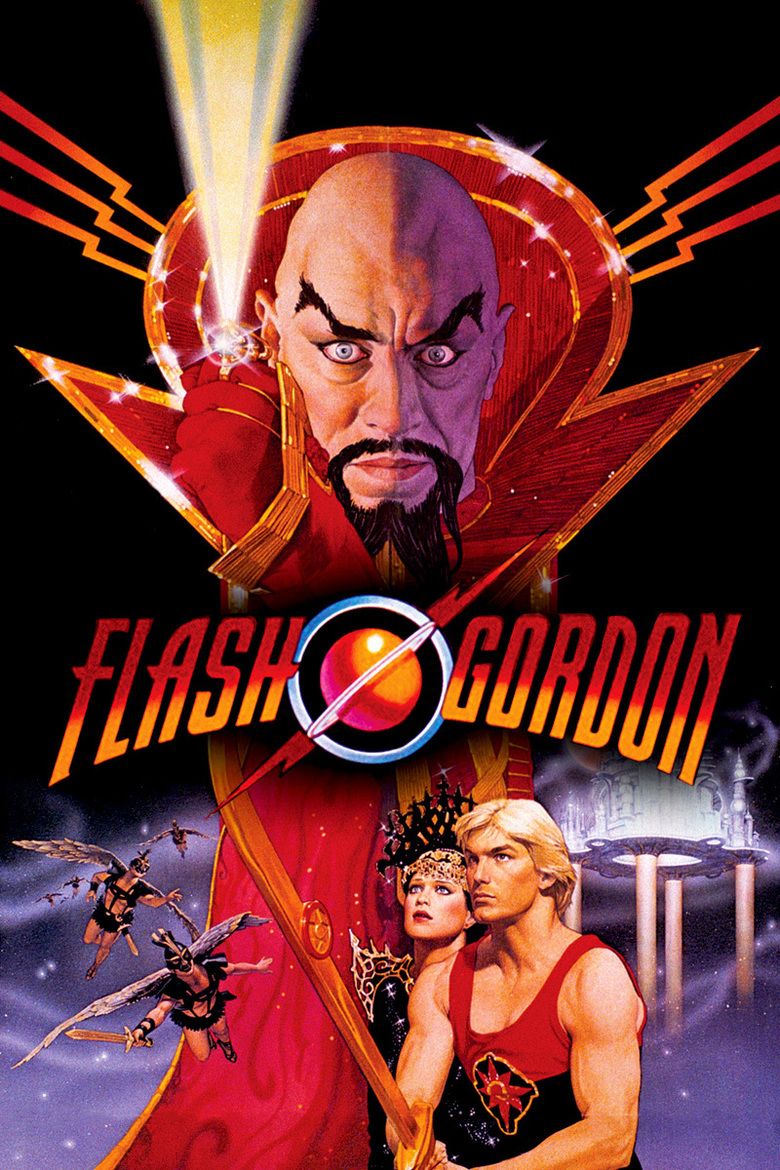 Greeting, fellow movie Morons! A.H. Lloyd here, some of you know I’m a big Star Wars fan, and my Man of Destiny series was an attempt to ‘fix’ the prequels. Today I want to go revisit a close contemporary of the original film that has been almost completely overlooked by the popular culture.

Like Star Wars, it’s a sprawling, big-screen space opera the looms larger than life and features an iconic, unmistakable soundtrack.

I am of course referring to 1980’s Flash Gordon.

Some folks might consider it a knock-off, but that actually gets the relationship backwards. Star Wars drew its inspiration from the Flash Gordon serials back in the day. In fact, George Lucas reputedly wanted to make a Flash Gordon movie, and only made Star Wars when he couldn’t get the rights.

So when Star Wars turned into a huge success, it was only natural that Hollywood would figure that a straight-up Flash Gordon film would be a good bet.

Alas, it didn’t work out that way. The movie did well in the UK, but was disappointment in the US.

Still, I loved it as a kid and as an adult, I appreciate it even more. There is a lot of depth to this film so long as you pay attention. 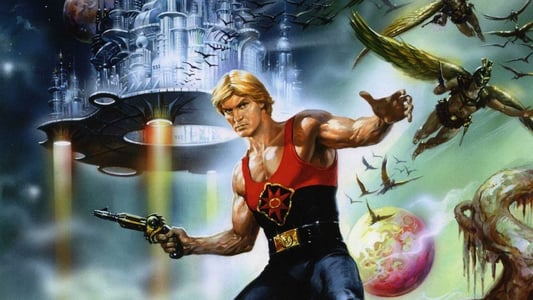 That’s because Flash Gordon isn’t just a space opera – it’s an incisive and clever allegory for the US relationship with Europe during the 20th Century told from the European point of view. Once you realize that, it becomes one of the best movies of all time.

Mongo is really Europe with Ming representing the constant threat of dictatorship. Earth (that is, the United States) doesn’t want to get involved, but we’re dragged into it anyway.

Flash is the archetypal American: big, strong, honest to a fault and hilariously ignorant He has no idea who anyone is, or what’s going on, but he’s going to do his best to fix it.

The locals are at first contemptuous of his blunt stupidity, but are won over by his bravery and complete lack of guile. In this he’s backed by Dale Arden (the archetypal Working Girl) and Doctor Zarkoff, who provides the obligatory the-Jews-are-the-brains-behind-everything-America-does angle. (To be clear, this is from the European point of view.)

Flash Gordon is basically a one-man American Expeditionary Force, knocking over the evil German/Nazi/Soviet Empire and teaching everyone how to put aside their differences and work together. 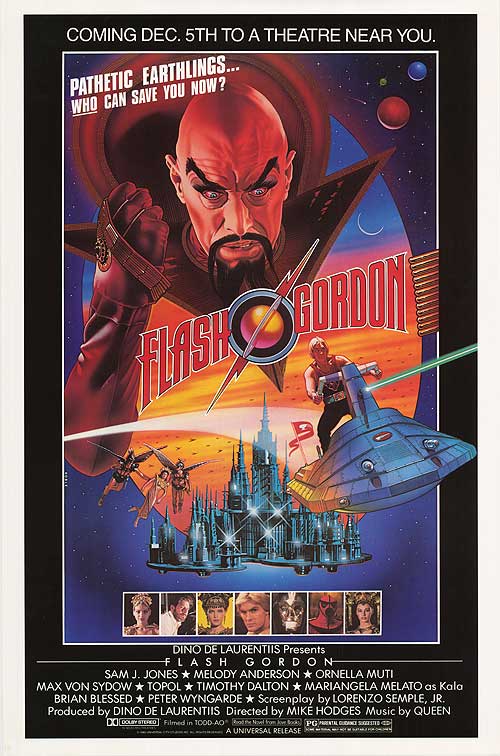 A lot of critics panned Sam Jones’ performance as Flash, but his minimal acting skill actually works in this context. The guy’s not a galactic superhero, he’s merely the pretty-boy quarterback for the New York Jets, and he’s probably taken too many hits to the head.

What makes this work is the stellar supporting cast. This movie enjoys the talents of Brian Blessed, Timothy Dalton and of course Max von Sydow.

Max von Sydow is amazing, but let’s give a shout-out to Brian Blessed here for a moment. This is arguably his most famous role. If you know the movie, you know what this clip has him saying:

Timothy Dalton also does great work. Just before this scene starts, there’s a rather, erm, suggestive attempt to rouse the beast:

Yeah, so Prince Barin is kind of like a Han Solo who helps Luke only after trying to kill him.

Peter Wyngarde does a brilliant turn as Klytus and the Mongo women are delightfully vampish in their respective ways.

Seriously, Carrie Fisher is cute in a girl-next-door sort of way, but Ornella Muti is in an entirely different league. This contrast highlights a key difference between the two movies.

In Star Wars, Princess Leia dresses in a skimpy bikini because she’s captured by the vile gangster Jabba the Hutt.

In Flash Gordon, Princess Aura dresses in a skimpy bikini because she likes it. 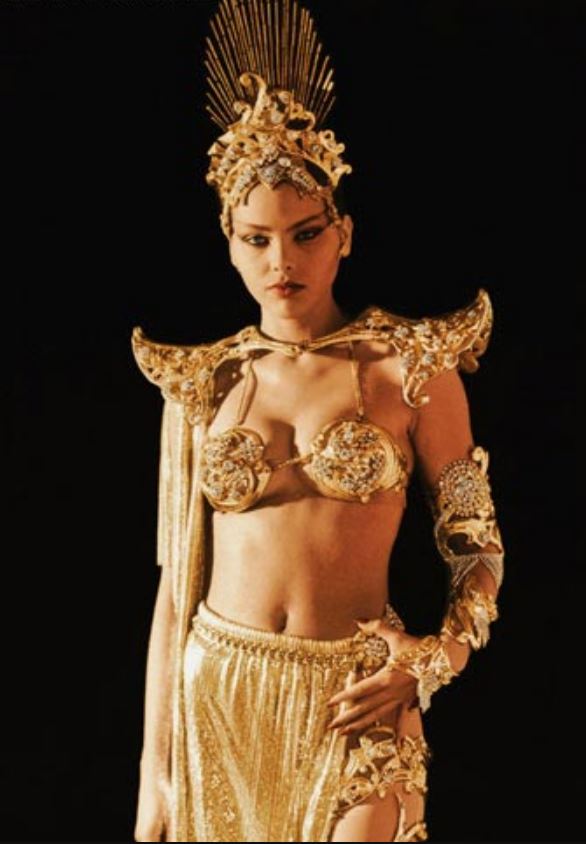 I’m sure a number of Morons may need to take a moment, but let’s press on.

You can tell that the actors are really enjoying themselves. The lavish sets get chewed on regularly and the costumes are equally over the top. None of the monochrome Imperial look from Star Wars here!

No, the stormtroopers in Mongo wear gold armor: 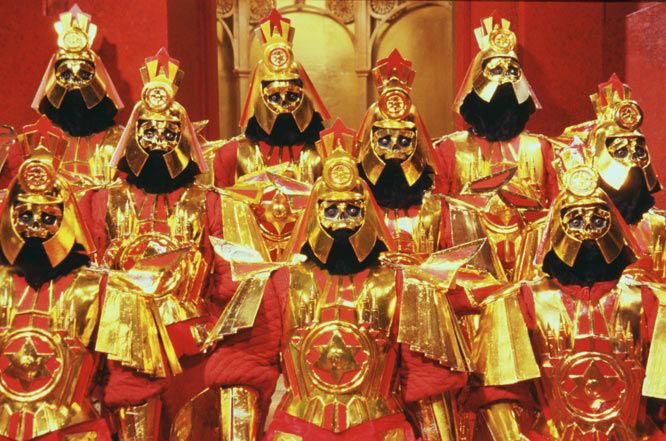 Speaking of the sets, the Art Deco vibe is amazing. Everything looks like it was lifted out of the 30s, including the space ships with their greenhouse cockpits and swept wings:

Emperor Ming doesn’t just sit around and cackle like the geezer in Star Wars. No, check out his swinging bedchamber complete with gold pillows where he can take “his pleasure.”

What sets this movie apart is that you can enjoy it both as a popcorn flick, and as social commentary on American-European relationships. Watch it once just to enjoy it, and then watch it again and try to pick out the symbolism. There’s a lot there if you pay attention.

I can’t conclude this piece without mentioning the amazing title track by QUEEN. You know you’ve heard it, and it’s awesome:

Take a look and watch it with fresh eyes. You’ll have to agree it’s held up rather well. The BluRay is available for under $8 at many retailers.

(Editor:) Since 20th Century Fox owned the rights to a Flash Gordon movie, with the new merger with Disney, it looks like the House of Mouse will now have ownership. When last reported, a remake wass being produced by John David and George Nolfi and a script written by Patrick McKay and JD Payne. Sam J. Jones, the actor who played Flash Gordon in the 1980 film, is interested in appearing in the film. Maybe he’ll be getting a cameo appearance? The team was also trying to get director Matthew Vaughn (Kingsman: The Secret Service, X-Men: First Class) to sign onto the project.