With the release of the Guardians of the Galaxy Vol 3 trailer, everyone is talking about the appearance of Adam Warlock, what appears to be the New Men or even trying to figure out who is not going to make it out alive. But the most interesting thing may be the appearance of Lady Lylla, a sentient otter and soulmate of Rocket Raccoon.

We see the two embrace in the trailer, so it looks like the love story will be there. And the character was originally name-checked in the first film. When the Nova Corps is scanning all of them, the screen showed Rocket’s known associates which included Groot and Lylla. But what makes this even more interesting is that the odds are that Lylla will be voiced by Lady Gaga. 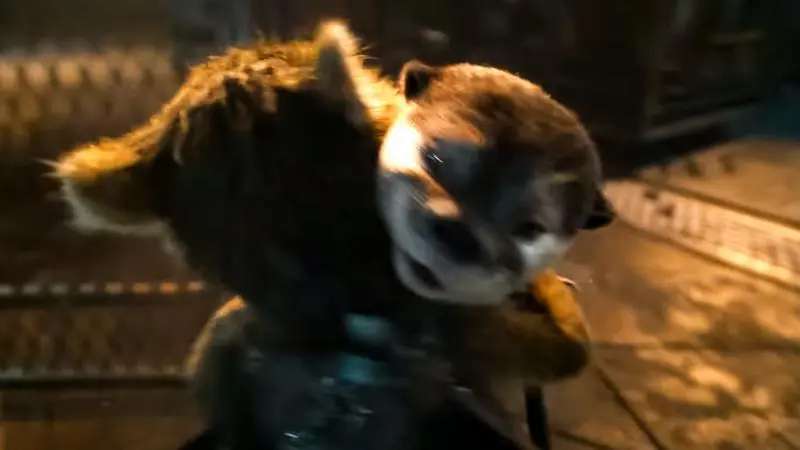 Even before she was cast in the upcoming Joker sequel, rumors had Gaga joining the MCU and that it might just be a voice role. Now it appears she will be playing opposite of her Star Is Born co-star, Bradley Cooper. And while this has not been confirmed by the studio, this has also not been debunked by James Gunn who actively squashes rumors about his projects all the time.

Regardless of who if voicing the character, we are finally getting the long-awaited appearance of Lylla and we’ll know more when “Guardians of the Galaxy Vol. 3” will hit theaters on May 5, 2023.