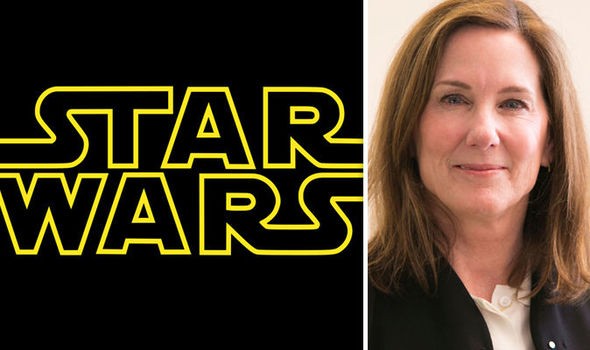 Lucasfilm head Kathleen Kennedy has been the subject of rumors for many months that after the mixed reaction to “The Last Jedi” and the poor box office showing of “Solo: A Star Wars Story” she was on the way out at Lucasfilm – and now it seems the answer has been revealed. It looks like in Hollywood, you really can fail upwards.

The lead producer and architect of the Star Wars franchise has renewed her contract to remain president of Lucasfilm for another three years, through 2021…

The move is a vote of confidence in Kennedy, who took command of Lucasfilm after Disney’s $4 billion acquisition from George Lucas in 2012 and has overseen the relaunch of Star Wars, one of the most revered movie properties in cinematic history. Disney’s four new Star Wars films have grossed almost $4.5 billion at the worldwide box office. Ancillary and merchandising have brought billions more into the studio’s coffers.

So, despite all the internet chatter that she could be about to step down, and after the polarized reaction to The Last Jedi and the disappointing box office performance of Solo, she’s getting to stay on the throne. We already received hints this summer when Disney announced that Star Wars: Episode IX would be produced by Kathleen Kennedy, J.J. Abrams, and Michelle Rejwan. That same announcement also confirmed that Carrie Fisher’s “General Leia Organa” would be seen on screen in Episode 9. Ms. Fisher passed away in late 2016, shortly after filming scenes for The Last Jedi. And while previously it was thought that she would not be seen in Episode IX, through either archive footage or CGI, it was confirmed that some clips of her in Episode 7: The Force Awakens would be used to tell the final chapter in the new trilogy. 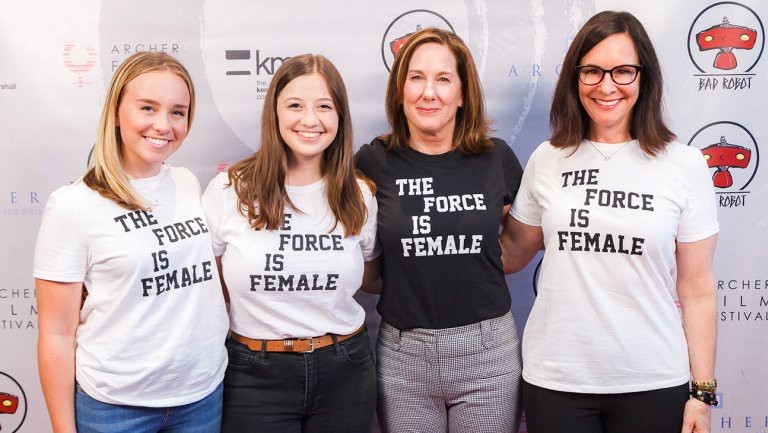 Kennedy is an eight-time Academy Award nominee, and is one of the most successful and respected producers and executives in the film industry. She joined Lucasfilm in 2012, personally selected by George Lucas himself to lead the company after Disney acquired the brand in a $4 billion deal. But after last year’s “Star Wars: The Last Jedi” was viewed as disappointing by many die hard fans and “Solo: A Star Wars Story,” released just six months later in May, was an outright dud, grossing $392.8 million worldwide, the lowest in the saga’s four-decade history, many began to speculate that Kennedy’s tenure was coming to an end.

In a recent interview with The Hollywood Reporter this month, Disney Chief Executive Officer Robert Iger said he took full responsibility for producing “Star Wars” films “a little too much, too fast.” He said the company would be more careful about the volume and the timing in the future. Now today, the Hollywood Reporter is reporting the news of Kennedy’s extension.

A sad day to be sure for many long-time Star Wars fans who continue to be disappointed with the creative direction of the new films and even the newest animation, along with Kennedy’s creative decisions in particular.  It will be interesting to see how the stocks hold up with Disney voting to stick with a President who loses millions of dollars, fractures the fan base, and insults the customers. She must be untouchable. and clearly, Disney does not listen to the fans any longer.

Could an Episode IX boycott be in the works?

Jeremy Griggs of Geeks & Gamers and Anna aka ‘That Star Wars Girl‘ weighed-in on this news: