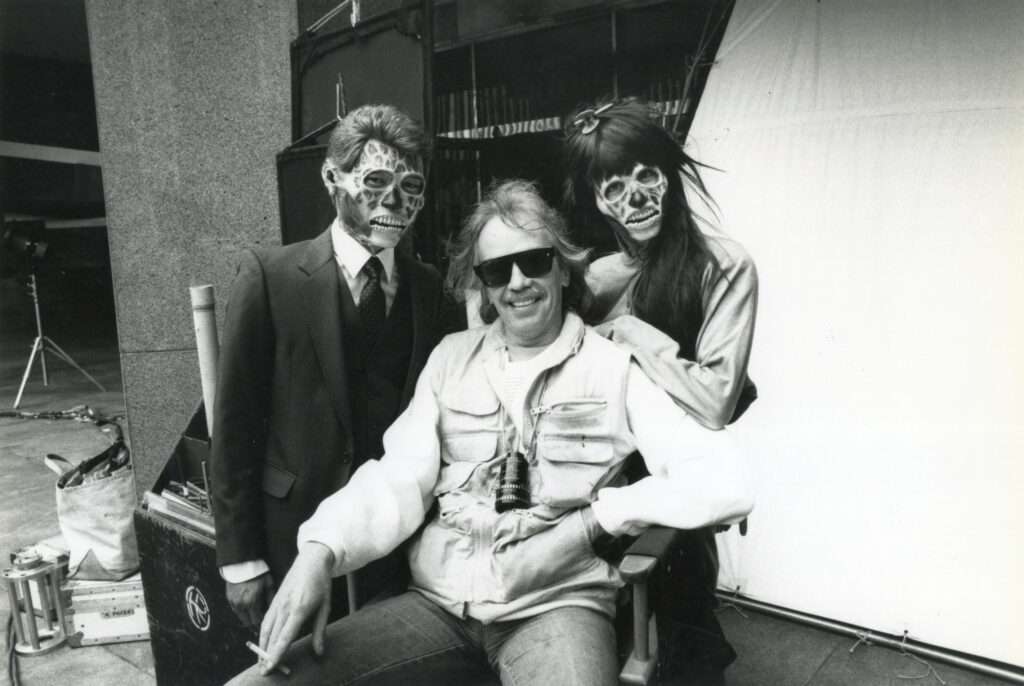 John Carpenter has a special place in the hearts of many, many film fans. His output from 1978 to 1988 is the sort of thing that almost any filmmaker would be incredibly jealous of. Beginning with the original Halloween and ending with They Live, Carpenter directed nine films that have more than their fair share of places in lists of favorites from the decade peaking, most likely, with The Thing in 1982. 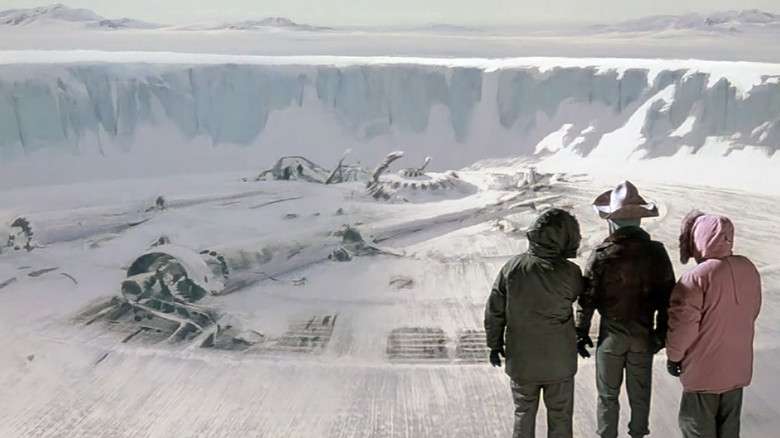 And yet, his movies, with only one exception, cannot be called box office hits. Halloween is one of those movies that was made for almost no money and then tapped into the culture zeitgeist to bring in many multiples of its budget at the box office, but that’s also the only one that could be called a hit from Carpenter’s body of work. His next most financially successful movie (in unadjusted dollars) is Starman, easily one of the least Carpenter-like films he ever made. After that is Escape from L.A., widely considered to be one of Carpenter’s least films (I don’t agree, but that’s another matter) and most definitely a financial bomb, it made less than half its $50 million budget back in theaters.

Why is that? Why is it that Carpenter is so beloved by film fans now, but at the same time why is it that almost none of his films found any meaningful success at the box office? 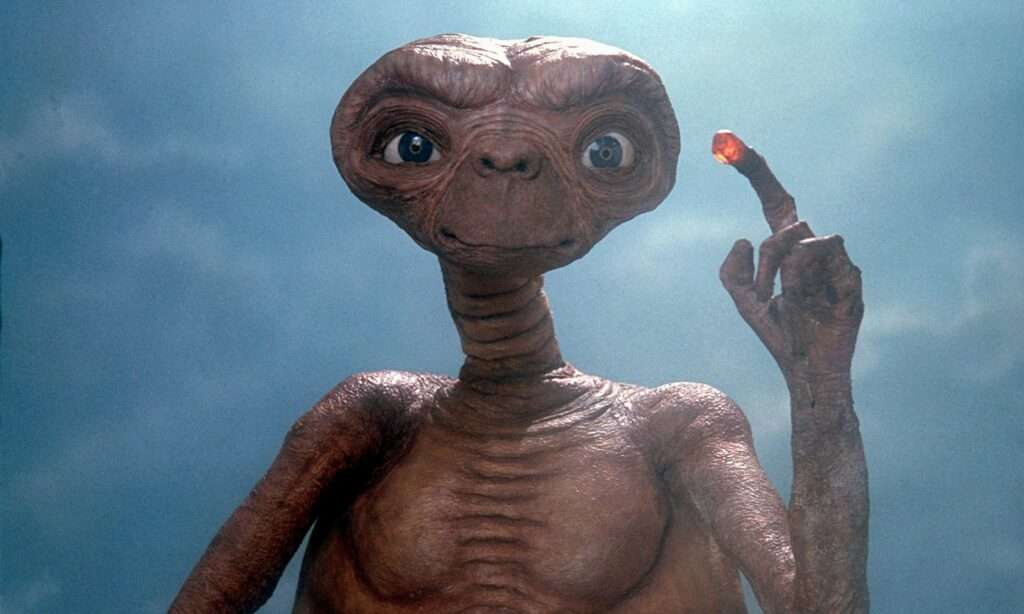 Looking at the number one box office hits from 1978 you see titles like Grease, the musical about young love starring John Travolta and Olivia Newton John, Superman II, the sequel to the successful first serious comic book movie, and Back to the Future, the time travel adventure. The only movie that topped the box office charts without an ending doused in good feelings was The Empire Strikes Back, the sequel to the most successful movie ever at that time. Everything else, like Top Gun, Ghostbusters, and E.T. give us heroes who win clear battles, often showing us the strength of the human spirit. 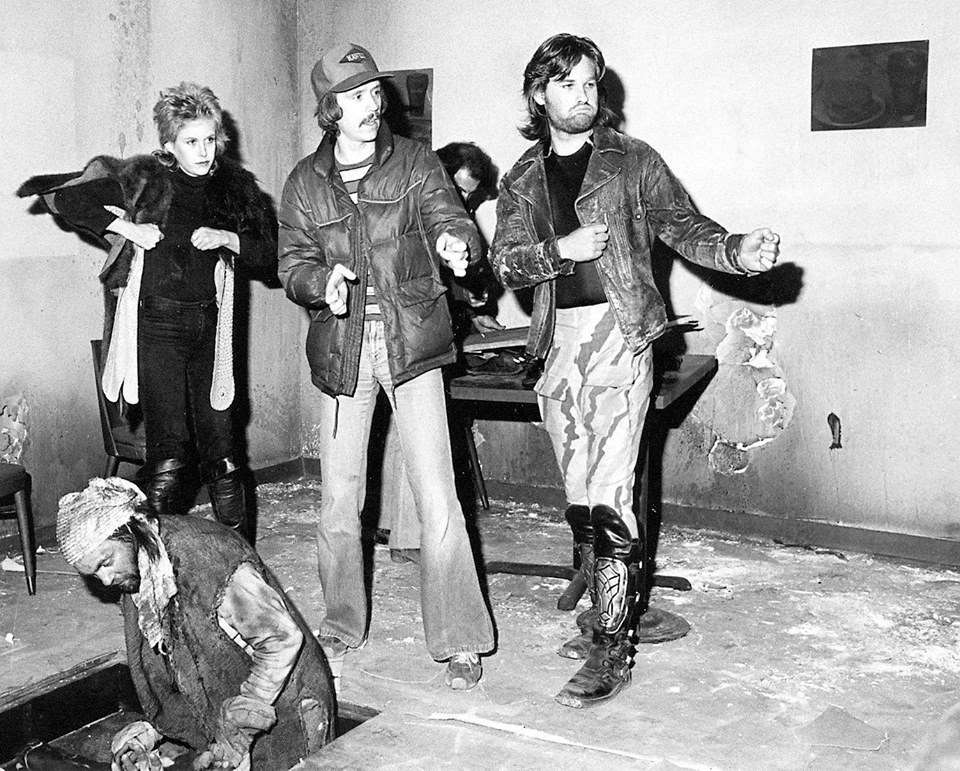 If I had to boil down Carpenter’s entire filmography into two words they would be nihilism and cynicism. Carpenter’s heroes tend to be cynics who don’t believe in anything. They’re often cut off from their past, unable to connect with anything that could provide them with any larger meaning. Mac in The Thing is a drinker who destroys the chess computer he’s playing against when it wins (and during the first goddamn week of winter, no less) and has no real connections to the other men in the Antarctic research station. John Trent in In the Mouth of Madness is an insurance investigator who believes that everyone’s lying all the time. Snake Plissken in the Escape movies is a former war veteran (the youngest man decorated by the president) who turned to robbing the federal reserve because nothing matters anymore.

These are not the heroes of your normal blockbuster. These are largely cynical nihilists, people who believe in nothing, feel that nothing matters, and think that there’s nothing more important than the here and now. These aren’t the kind of heroes that general audiences want. These aren’t clear-eyed men fighting for freedom, apple pie, and grandma. These are men fighting for themselves mostly, maybe finding that there could be something else out there worth caring about but, in the end, discovering that no, not even personal connections are enough to overcome the awfulness of the world around them. 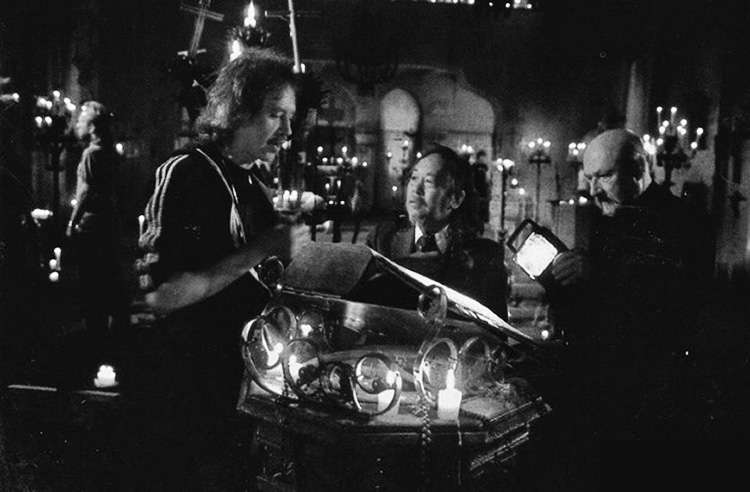 That overall view extends into the tone of Carpenter’s films as well. It’s not like Snake Plissken is on an energetically positive adventure with his per sonality acting as a counterbalance to the optimism around him. The worlds that these characters inhabit are decidedly grungy and depressing. The Fog is about a small town originally built on betrayal and murder with the past coming back to haunt the innocent contemporary residents. Escape from L.A. is about a country suffering from a dictatorship inspired by Jimmy Falwell and on the brink of invasion from a host of third world countries. They Live is about how the world is completely overrun by aliens who are trying to strip-mine the planet and brainwash the entire populace.

The victories of these movies are not the kind of love conquers all feel good adventures that one has come to expect from Hollywood. Victories are often hollow or ironic instead of cathartic.

Carpenter, you see, has a worldview, and that worldview comes across very easily to see in his films. It’s not a terribly positive worldview. It’s a worldview shaped by the New Left of the 60s and Watergate. Escape from New York is based on his own realization that Presidents can be assholes too. He was and is a man who felt disconnected from the world that had come before, like he had nothing tying him to it. His first film, the student project Dark Star, is a story of three men on a spaceship with the sole objective of destruction, finding “unstable planets” and blowing them up with smart bombs. The movie ends with an epistemological debate with the smart bomb and the two final living characters marveling in the beauty of their own deaths. And Dark Star is a comedy. 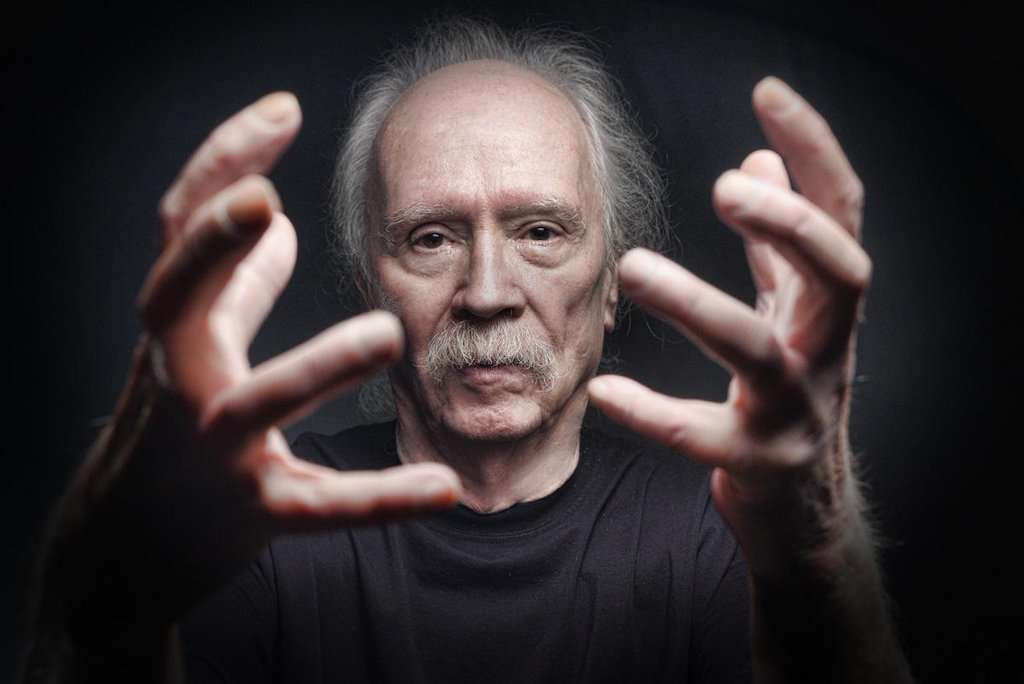 Carpenter didn’t make movies for general audiences. They’re too dark, too cynical, and too nihilistic. The one time his worldview really gelled with general audiences was the horror film Halloween, which shares a lot with the rest of his body of work but does also have a more likeable lead in Laurie Strode as played by Jamie Lee Curtis. It’s a horror film which, as a genre, contains more of the nihilistic and cynical elements generally as well. Horror films are also rarely the biggest films of a year, generating decent sized profits from generally smaller budgets.

Special note must be made of The Thing. The first in what Carpenter calls his “Apocalypse Trilogy” (the other two being Prince of Darkness and In the Mouth of Madness), it was the culmination of Carpenter’s career up to that point. He had been seeing minor success following minor success ever since Halloween, and this was his biggest budgeted movie up to that point at $15 million. In retrospect, it’s fairly widely viewed as his best film, but it bombed horribly back in 1982. There are many excuses for it (releasing it in summer, releasing in the summer of 1982, releasing it in 1982, not releasing it in October), and the truth is probably somewhere in the middle of all of it. In competition with Conan the Barbarian, Star Trek II: The Wrath of Khan, Poltergeist, and, most importantly, E.T.: The Extra-Terrestrial, this dark tale of paranoia simply got lost. This could have been the major turning point in his career if it had been released at a time when it might have gotten more attention. Instead, it just set him back. 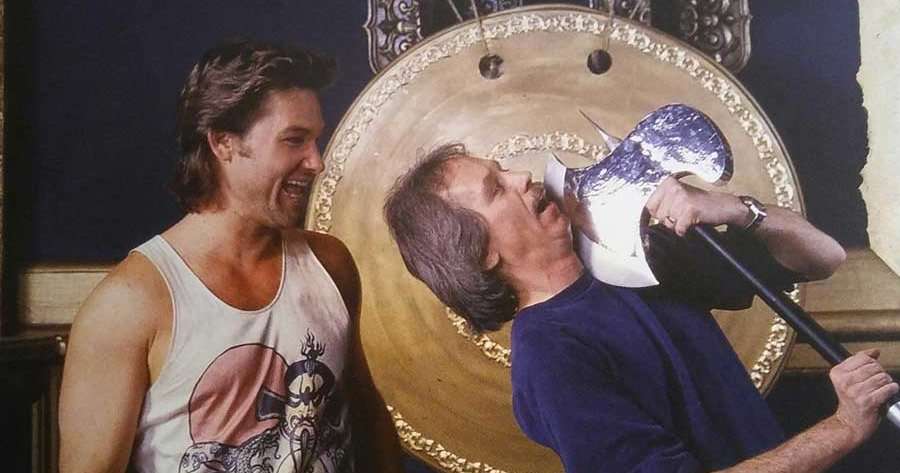 Everything up above holds true for the bulk of Carpenter’s work. Even movies not mentioned like Assault on Precinct 13 and Vampires fit into the mold of the typical Carpenter film. However, there are two films in particular that need to be pointed out as counterexamples to the kind of movies Carpenter made: Starman and Big Trouble in Little China.

Starman was originally a script in development by Universal at the same time as E.T., but Universal decided to go with Spielberg’s film and sold the script to Columbia who held onto it for a few years. Carpenter, smarting from the financial failure of The Thing made the Stephen King adaptation Christine, which was a mild success, and then he took on the project of Starman to, as he put it, prove that he was more than just a horror director. Starman is Carpenter’s second biggest grossing movie (at a grand $28.7 million in the US), and it’s the only film he made to ever receive an Academy Award nomination (for Jeff Bridges as the titular alien character). This was the kind of success that Carpenter needed to prove that he was more and could direct outside of his comfort zone. He took that success and reunited with his friend Kurt Russell to make Big Trouble in Little China. 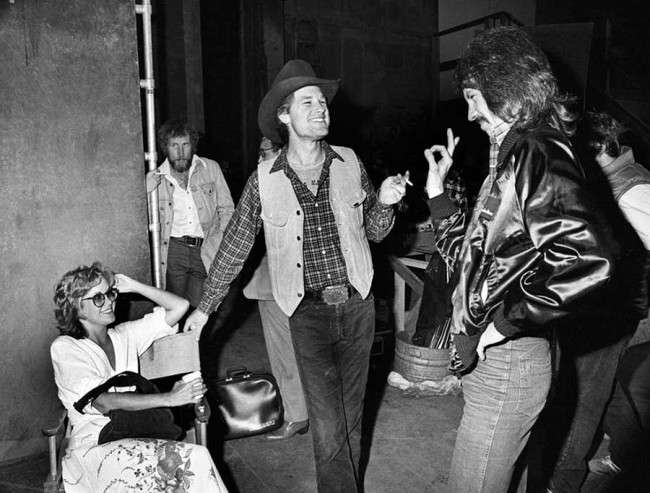 A script that was rushed into production to beat the Eddie Murphy film The Golden Child to theaters, Carpenter was given a short production timeline to make his effects-heavy action-adventure film. Taking inspiration from his main influence, Howard Hawks, Carpenter essentially made His Girl Friday with martial arts action, Chinese magic, and Kurt Russell playing John Wayne. It’s a giddy, earnest adventure with a twist where Russell’s Jack Burton is actually a sidekick to Dennis Dun’s Wang Chi. James Hong as the villain David Lo Pan adds an extra sense of fun on top of the outlandish sets and action. And it was a financial bomb, making only $11 million in the US. Carpenter has gone on to blame the studio’s marketing department for having no idea how to market the film as well as the release of James Cameron’s Aliens for the film’s financially disappointing performance. It’s obvious, though, that the failure had an intensely negative effect on Carpenter. He had delivered the fun adventure that people seemed to want, that dominated the box office throughout the 80s, and audiences didn’t care. What did Carpenter make next? Prince of Darkness about evil defying any measurement or categorization and They Live about how evil selling out is (among other things).

It’s easy to imagine that a financially successful Big Trouble in Little China would have led to a completely different second half career for Carpenter. His ability to command larger productions wouldn’t have been questioned, and he would have been encouraged to make fun films rather than being forced back to where he started, making relatively inexpensive horror and action films again. I mean…he did end up making In the Mouth of Madness and Escape from L.A., two movies that I love, in this “downward spiral”, but there’s also no denying that these movies came from places of anger and pain rather than joy. 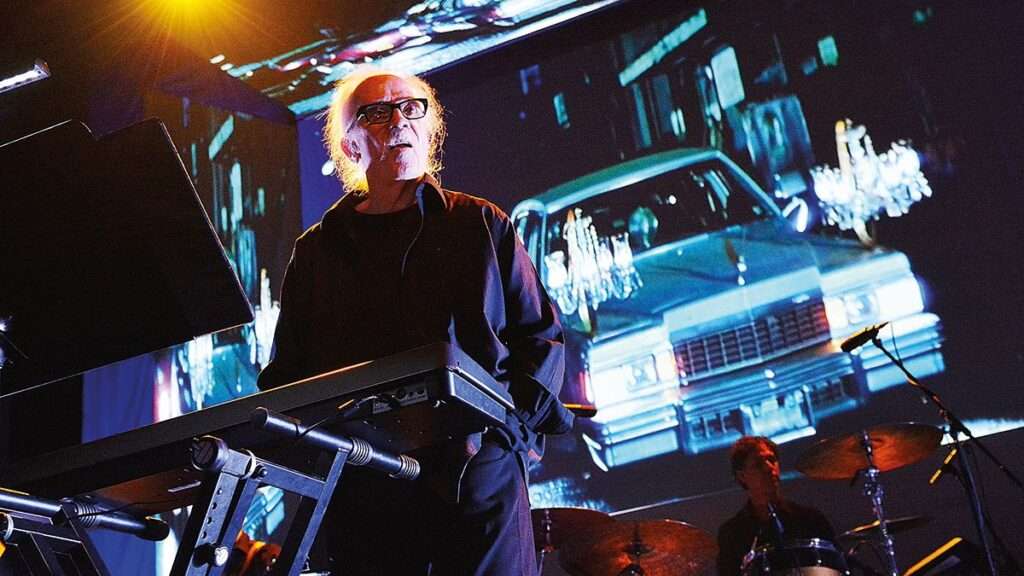 John Carpenter hasn’t made a movie since 2011’s The Ward, a decent little psychological horror film that was poorly received and made no money. He seems content to collect paychecks from people remaking his movies and making music for the new installments of the Halloween franchise directed by David Gordon Green. He had definitely lost the love of filmmaking in the late 90s after the critical and financial rejection of Escape from L.A.. For every step forward he would take professionally, it seemed, he would end up taking two steps back, and the public just never went along with him. 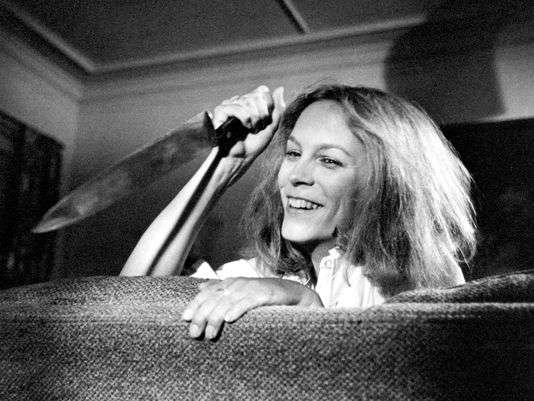 There are myriad reasons for that, but it’s hard to blame everything on externalities. Love of Carpenter’s work has grown over the years, bleeding out from the hardcore film geek community very slowly and in small amounts, but it was never there in the general population. I don’t think this is an instance of Carpenter being ahead of his time. I think it’s simply that most audiences aren’t enamored with the kind of films he liked to make. They’d rather see E.T.: The Extra-Terrestrial.

Not that there’s anything wrong with that.

Originally published at the Ace of Spades blog.