Joel Robinson Makes His Return to MST3K this Weekend! 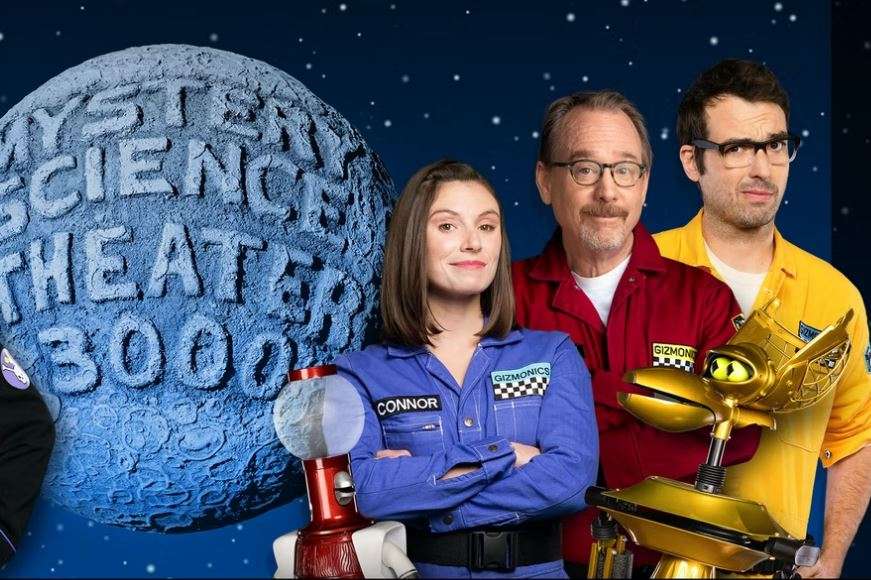 Joel Robinson will return to Mystery Science Theater 3000 this weekend, donning his red jumpsuit and appearing in an episode as the primary victim of “The Mads” for the first time in nearly thirty years. Robinson, played by Joel Hodgson, was the original main character of Mystery Science Theater 3000, but escaped the “experiment” in a 1993 episode after finding an escape craft in a box marked “Hamdingers.” Hodgson, who created the series, has remained involved with MST3K in the years since, and is responsible for the series’ recent revival, but had not stepped back in to riff on a movie himself in years.

Since the new season started, new episodes have been dropping, with watch events for subscribers to MST3K‘s Gizmoplex app. This season, there isn’t just one test subject, but three — played by Hodgson, Jonah Ray, and Emily Marsh — and Demon Squad, which premieres on Friday at 8 p.m. ET, marks Hodgson’s first episode in the suit. “I think it’s really cool to have Joel back,” series star Felicia Day told ComicBook.com.

“I was like ‘Three different hosts this season?’ But the writing really works, and it expands the world in a way that feels like it enhances everything, versus being a gimmick or taking it away.”

After the episode is livestreamed on the Gizmoplex, there will be a post-episode discussion with Hodgson, Mystery Science Theater veteran J. Elvis Weinstein, and Demon Squad writer Erin Lilley Smith and director Thomas Smith. Fans who are not yet subscribers to the Gizmoplex app can still sign up at MST3K.com. You can also get a ticket for just this streaming event at Gizmoplex.com.