Is Lars Mikkelsen About to Return to the Star Wars Universe? 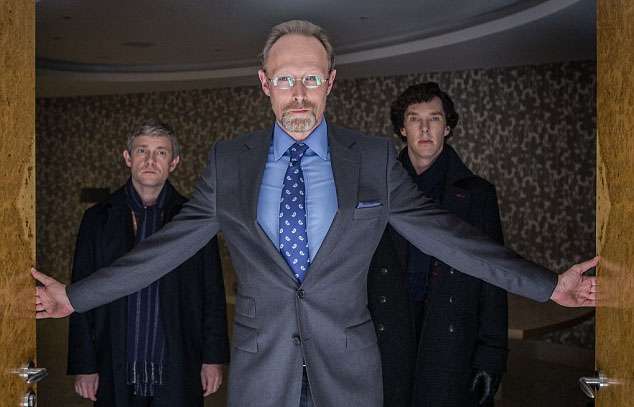 In the latest episode of the Disney+ series, The Mandalorian, we saw the live-action debut of the fan favorite character Ahsoka Tano played by Rosario Dawson. The character first appeared in the animated The Clone Wars series co-created by Dave Filoni, who also co-created The Mandalorian and both directed and wrote this weeks episode. The former Jedi also appeared in another animated series, Star Wars: Rebels that Filoni was behind.

And while they’d been setting up Din Djarin taking the child (now named Grogu) to a Jedi, the appearance of Ahsoka Tano may mean something much bigger. The episode felt like a back-door pilot and that was driven home the most when she declined to train Grogu and sent them on their way. That, and the name drop she did at the end of the episode. The reason she was on Corvus in the first place was to get a lead on one of the biggest villains in Star Wars, Grand Admiral Thrawn.

While they are building up Moff Gideon (Giancarlo Esposito) for this series and connecting him to Mandalor and the Dark Saber, Thrawn would overshadow all of that if he were to be brought into this series. But making him the big bad of an Ahsoka Tano series would make a lot of sense. Whether the character shows up in either series leads to the important question, who should play the Chiss strategist? Well, one of the popular choices is the man who voiced the character in the Rebels series, actor Lars Mikkelsen.

The actor has appeared in many popular series including facing off against Benedict Cumberbatch’s Sherlock and Henry Cavill’s Witcher. Ironically another popular name that keeps coming up is Lars’ older brother Mads Mikkesen, who also crossed paths with Cumberbatch, but as Doctor Strange and when up again Daniel Craig’s James Bond. And while Mads may be too busy now having just signed on to portray Grindelwald replacing Johnny Depp, I think Lars is a more likely option with him already being in the Star Wars family. And while they went with Dawson to play Ahsoka over Ashley Eckstein who voiced her in the animated films, they did bring in Katee Sackhoff to play Bo-Katan Kryze after having voiced her in the past. If the episode was indeed a back-door pilot, then we can expect to hear something about a new series soon.