Is ‘Hawkeye’ Going to Be Marvel’s Absurd Christmas Series? 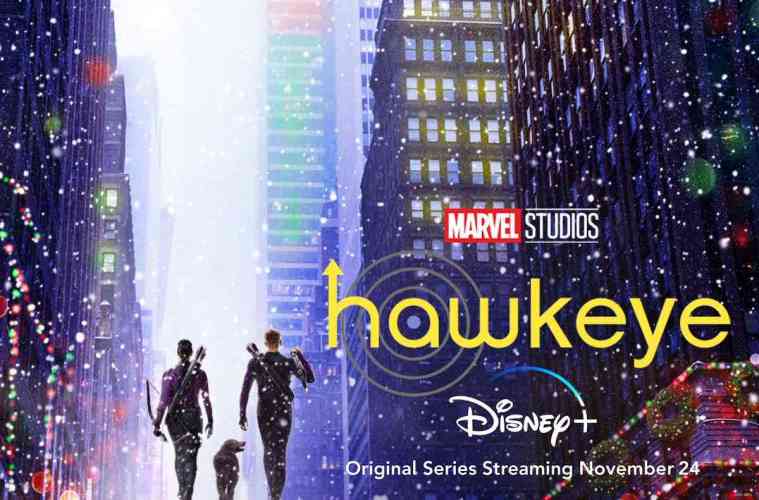 The trailers have had a very Die Hard feel to them which is probably from the mix of action, comedy, and Christmas music. Jeremy Renner returns as the Bow-slinging Avenger while on a family trip to New York to see Rogers the Musical. His days as Ronin catch up to him and now he and his new protégé must get it all sorted our so Clint can be home in time for Christmas. It’s obvious from the footage and the Andy Williams song that Christmas is a big part of this story and according to Bert of the directing duo Bert & Bertie, it was pretty much the starting point for the series.

“It’s an absurd Christmas story,” said Bert. “Just starting from that point, tonally, I was tickled. What does that mean? And it’s throughout the whole series. It’s not what you’re expecting it to be. It’s genuinely not what you expect from Marvel [Studios].” And besides Clint’s desire to spend the holidays with his family, there is a second familiar dynamic at play as Hailee Steinfeld portrays Kate Bishop and Vera Farmiga will be playing her mother Eleanor. Throw in Echo, Clown and the new Black Widow and it sounds like Clint will have to channel John McClain to make it out alive.

Disney Plus’s ‘Hawkeye’ will see Jeremy Renner in his first solo television adventure, which takes place in New York City around the holidays. He sends his lovely wife (Linda Cardellini) and three children home to celebrate so that he can stay behind and investigate a masked vigilante who also uses a bow and arrow.

Hawkeye superfan Kate Bishop (Hailee Steinfeld) is the perpetrator, and she ends up disrupting his intentions to return home. Hawkeye’s story is based mainly on the much-loved 2012 Hawkeye comics series of the same name by Matt Fraction and illustrator David Aja, and has possibly the lightest tone of all the Disney Plus streaming episodes.

Disney Plus is set to debut the first two episodes of Hawkeye on November 24.