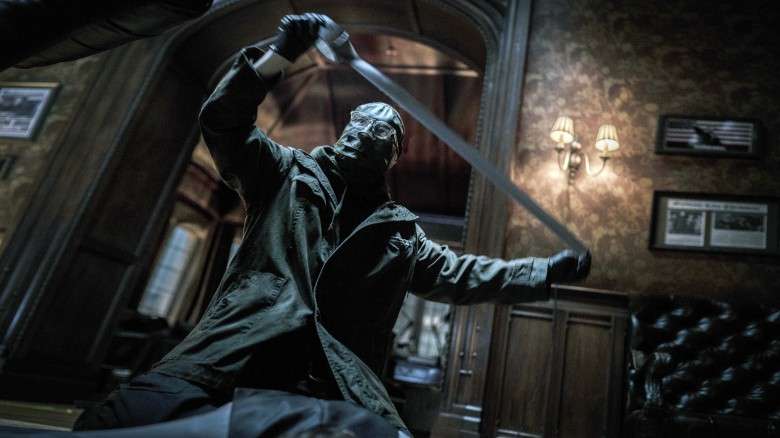 With The Batman opening up on March 4th, were getting more and more looks at some of the characters and the one that might be the most interesting is The Riddler. This isn’t the scene stealing buffoon as played by Jim Carrey or the quirky take from Gotham’s Corey Michael Smith. Here we get Paul Dano playing something more akin to the Zodiac Killer that is communication with the Dark Knight, a true serial killer running around the city. Director Matt Reeves talked to Entertainment Weekly about his take on the classic rogue:

“The Riddler is omnipresent, but almost as a ghost. When I came up with the idea that the Riddler would be sending correspondence to Batman, [what] was captivating to me was if you’re a character whose mode is to work as a symbol, be anonymous, to come out of the shadows, nobody is supposed to know who you are; your power comes from the fact that you’re anonymous. Then suddenly someone starts to rob you of your anonymity, you start to lose a bit of your power and it starts to unsettle you. The flip side of that is that by withholding the Riddler, he had more power, he was more unsettling. He felt like a ghost throughout the whole movie, this kind of presence that you never knew where he would show up and how he was affecting things. And that that mystery would put Batman in a very vulnerable position because he didn’t understand from where and how and what the Riddler was acting.”

Now, if you feel that this take on Edward Nashton is way off base, take a look at this video on the psychology of the character by comic writer Dan Wickline where he breaks down the character through his comic history and just how him being a serial killer works into everything that leads up to this.

Psychology of Villainy - The Riddler

When people talk about the most influential Batman stories, they talk about Frank Miller’s Year One, Jeff Loeb and Tim Sale’s The Long Halloween, Alan Moore and Brian Bollands’ The Killing Joke. But when Robert Pattinson was doing his research, he wanted to find a different approach and told Entertainment Weekly that the books that influenced him were Batman: Shaman by Denny O’Neil, Ed Hannigan and John Beatty. In Shaman, we see a Batman in his early years as a vigilante. It’s less grounded and dives into mysticism. Bruce is injured in the Alaskan mountains and rescued by a shaman that nurses him back to health by telling a story about how bats learn to fly. It’s this story along with the bat crashing through his window that inspired him years later. Pattinson says that this inspired him on how to move in the suit. 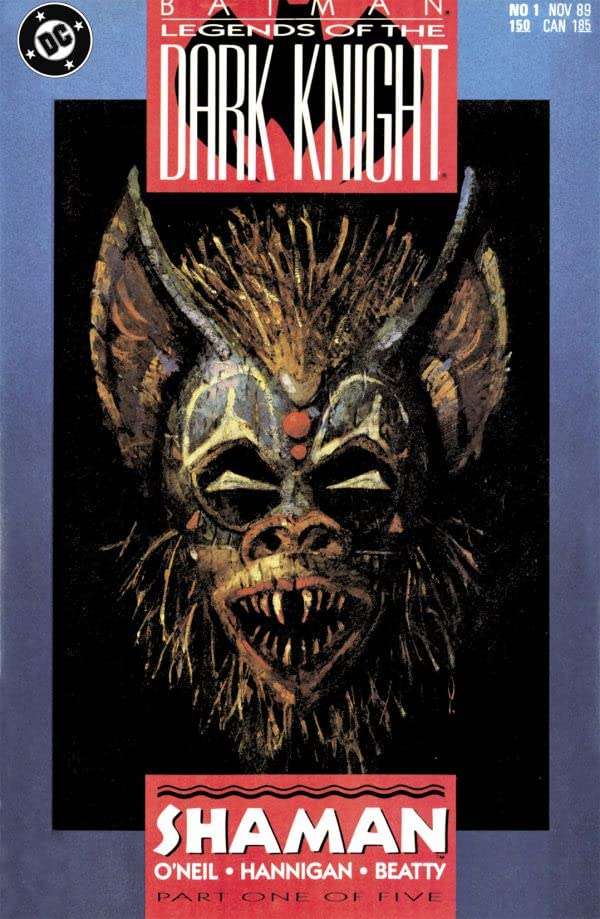 “In other iterations of the suit, because of the way you move, you kind of have to be more of like a tank. And in this one, it felt like it was such a shock how smoothly you could move. You kind of end up moving like more of a wraith. There’s a scene right in the beginning of the movie where I’m kind of crouching over, investigating this dead body. And I really wanted [it to feel like] a sort of druid.” He went on to say, “I was also thinking there’s some kind of link when you look at like Viking warriors or something: You put on this outfit, and you genuinely believe that you have power afterward. And I was thinking that Bruce kind of thinks that. It clears his mind so much to be in that suit that it actually gives him extrasensory abilities. Even though, ironically, it’s the opposite, like the reason that Batman is kind of separate from other superheroes [is] because he’s a normal guy.”

This book also helped him understand why the GCPD and Gordon would let him get involved. “I was trying to play that, trying to think: ‘How can you be a detective when you are wearing this outfit, which is the opposite of a detective?’ I thought, it’s kind of [like] he’s a witch doctor more than anything else. And the more you get it right, the more the police believe him, and so they start letting him into crime scenes and stuff.” This definitely feels like a different take on the character.