The early reactions to Hulu’s upcoming Predator sequel ‘Prey’ are very positive. The film had its world premiere at the San Diego Comic Con and reports are starting to circulate on social media, as well as over on AVPGalaxy.net which is the source for this news. Of course, these are dedicated fans of the property, so there are surely some biases, but these reactions could be very good news for fans of the Predator franchise.

Take a look at the following:

That could very well be the best #Predator sequel, I walked out of that theater as very satisfied fan. I loved #Prey, and I can’t wait to see it again!

#PreyMovie did it. They really did it.

I know it’s early, but this might be the best and my favorite @predator movie since the original.

I’m at the #PREY premiere at #SDCC2022 and this thing justifiably earned a huge, rousing standing ovation. Easily my favorite PREDATOR movie since the original. @DannyTRS and team have made a primal and emotional survival epic. @AmberMidthunder is a total badass in this too. pic.twitter.com/7r9KnBW0jY

#PreyMovie is phenomenal. It’s the sequel the Predator franchise needed and manages to stand on its own.

I’ve loved Amber Midthunder’s work and it makes me so happy to see her thrive. So happy to finally get to talk #Prey pic.twitter.com/E0PEGkMcpF

The Predator In #PreyMovie is Gladiatorial-Like in how it acts, moves & executes. A true warrior that lives to hunt. It’s made abundantly clear thanks to the movie that THIS is the BEST Predator we’ve seen on our screens atleast since the 1987 original movie. pic.twitter.com/OP9HwgjsWi

#PreyMovie received a roaring standing ovation from the fans during the @Collider San Diego screening. pic.twitter.com/0axidFuBKf

#Prey is an excellent, action packed entry to the franchise that creatively takes it in new directions. It’s the best since the original, with great central characters and a fun, menacing new Yautja design. Loved it.

@DannyTRS you are a cinematic genius. Wish this was coming to theaters, but also a huge W for Hulu. Congrats to cast & crew as well 💥 #Prey #PreyMovie

#PreyMovie is a captivating, fun watch from beginning to end. Amber Midthunder is fantastic, and the Predator is brutal and animalistic in ways we haven’t seen before. I cannot recommend it enough when it debuts on #Hulu. So good! pic.twitter.com/LoBAiohYRL

#PREY is, indeed, the best Predator entry since PREDATOR. All praise to Amber Midthunder who owns the screen against her alien foe. It’s back to the bloody basics of a thrilling hunt that delivers everything I want from a Predator flick in its brutally primal glory. pic.twitter.com/2QWpwOgwGI 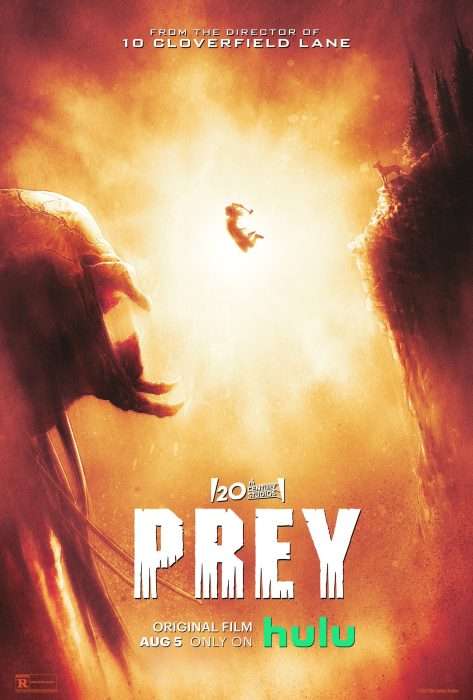 The director Dan Trachtenberg was also thrilled with the audience’s response:

Last night’s Comic Con screening of PREY was insane. Still dizzy from it. Spent so many hours in line for Hall H dreaming about one day making something that was SDCC worthy. So please forgive me for a retweet-a-thon. Need to make sure y’all know PREY is worth your time August 5!

To check out more reactions, head over to AVPGalaxy.net and check out their forums. It may finally be time to renew that Hulu subscription!