Hulu’s ‘Futurama’ Revival Moves Ahead, Without One Original Cast Member 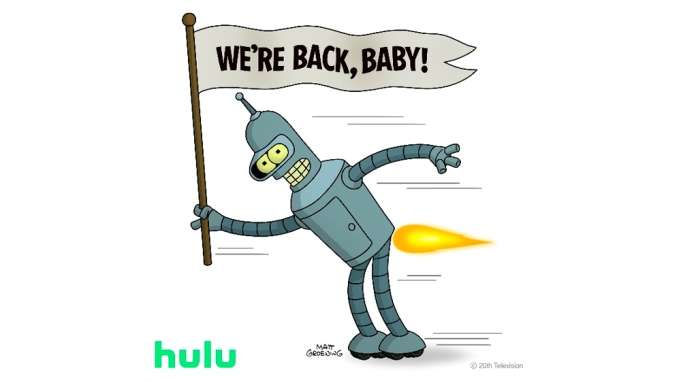 Fry, Leela and Bender* are set for more 31st century adventures, well, there may be one hold-out.

After months of negotiations, Hulu has finalized deals for 20 new episodes of Matt Groening and David X. Cohen’s cult animated sci-fi comedy Futurama to premiere in 2023 on the streamer. In addition to Groening and Cohen, set to come back is the majority of the series’ voice cast, including Billy West, Katey Sagal, Tress MacNeille, Maurice LaMarche, Lauren Tom, Phil LaMarr and David Herman.

Missing* from the list is one of the three lead voice actors, John DiMaggio, who voices foul-mouthed robot Bender among half a dozen characters. The role is currently being recast ahead of the first table read on Monday. The decision was made after DiMaggio’s negotiations with Futurama studio 20th Television Animation came to a standstill though there is a desire on both sides to have him rejoin the cast and reprise his role.

DiMaggio, who has traveled the world promoting the character and the series over the years, was reportedly approached, along with the rest of the cast. According to Deadline, the offer to DiMaggio was in line with that for fellow leads West (Fry) and Sagal (Leela) who, after a back-and-forth, agreed to a deal while DiMaggio felt the proposal was not competitive based on the success and name recognition of the original series.

For Futurama, whose 20 new episodes are expected to run in two batches, this marks the third revival. It is also the third beloved FOX animated series to find a new life, following Family Guy, which was revived by the network after strong DVD sales, and American Dad!, which has become a staple on TBS.