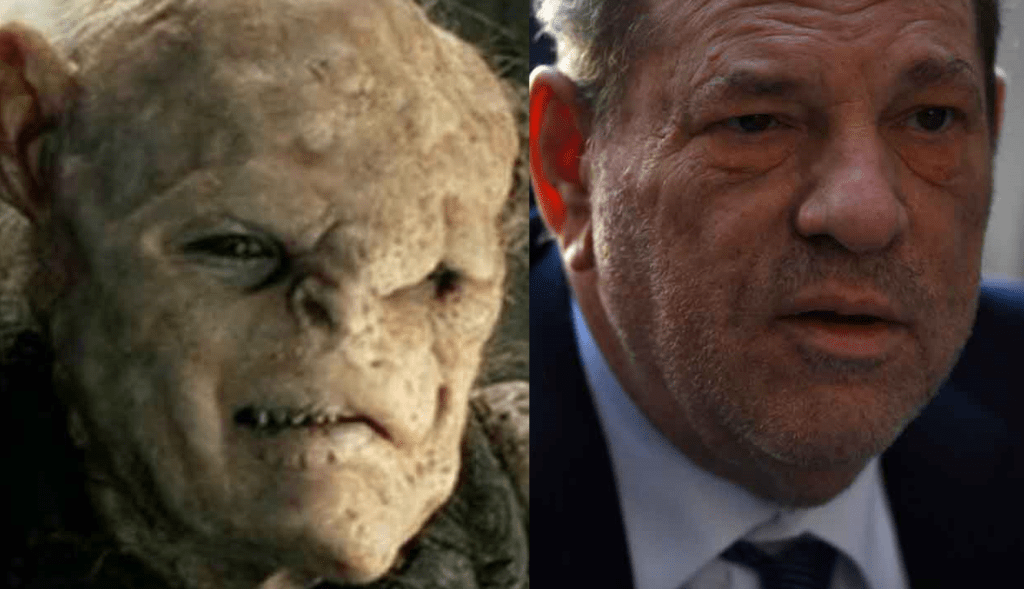 After disgraced movie mogul Harvey Weinstein created outrage among the cast and crew of the Lord Of The Rings, Elijah Wood claims an Orc was modelled after his likeness. In an interview with Dax Shepard on the Armchair Expert podcast, the 40-year-old actor stated that the producer, who is presently incarcerated for sex offenses, was the inspiration for a beast.

‘One of the orc masks — and I remember this vividly — was designed to look like Harvey Weinstein as a sort of a ‘f**k you.’”

It was a way for the film’s production team to exact revenge on the Hollywood magnate and convicted sex offender after he made their lives difficult during production, according to Wood. The Lord of the Rings was supposed to be produced by Weinstein’s business Miramax at first. Weinstein, on the other hand, refused to create the three films and demanded that filmmaker Peter Jackson reduce them into one.

If Jackson didn’t comply, Weinstein threatened to hand the film over to colleagues directors Quentin Tarantino and John Madden. Weinstein eventually only obliged after Jackson reportedly requested permission to hire a another producer, but only granted him one weekend to do it.

“They shopped it around town. Peter made a pitch video that’s pretty impressive, taken to a variety of places. Most people were balking at the notion of doing more than one film. The popular opinion was, ‘No, you have to see how [the initial movie] does and then invest the rest of your money’.”

The franchise was later scooped up by Bob Shaye, the founder of New Line Cinema.

Watch: New Line Drops a New 'Black Adam' Trailer
Amazon Shuts-Down User Reviews for 'Rings of Power' Over "Trolls"
Diagnosing Hollywood: When Woke is All You Know, It's All You Write
Could America's Tanking Economy Save Hollywood from Itself?
Power Failure: Showrunner Insists 'Rings of Power' Series 'Deeply Connected' to Tolkien
Amazon Asked Peter Jackson to Help with Its LOTR Series, but then Cut Him Off
New Coke Mascot Max Headroom Plotting a Comeback with AMC