How Much Longer Can Marvel Studios Dominate?

Even the generally positive mainstream media is starting to question how much longer Marvel Studios can maintain their dominance at the box-office. A recent article at CNBC surmises that superhero movies are in for a major shakeup in 2019. With Disney-owned Marvel Studios ending the third act of an incredible 11 year run of successful, interconnected 22 films, and DC/Warner Bros. shaking up its original plans after its own shared cinematic universe failed to gain traction, and the DISNEY/FOX acquisition bringing a whole new cast of heroes for Disney to exploit, we can expect to see several changes.

I expect the properties once held by FOX to play a major role in 2020 as the MCU begins to wind down what it began with 2008’s Iron Man.

As the final phase of Marvel’s magnum opus wraps up with “Avengers: Endgame” (May 3), fans are eagerly anticipating another big announcement.

“This is really interesting because they have enjoyed unprecedented, ongoing, uninterrupted success with the formula,” said Paul Dergarabedian, senior media analyst at Comscore.

“Everyone loves what they’re doing, but if it’s the same thing over and over, that’s where the superhero fatigue will set in,” he added.

The Avengers franchise is still one of the highest-earning in Hollywood. Last year’s “Avengers: Infinity War” was the first superhero movie to earn $2 billion worldwide. If the studio opts to freshen up the roster — a common occurrence in comic books — it has some strong candidates. 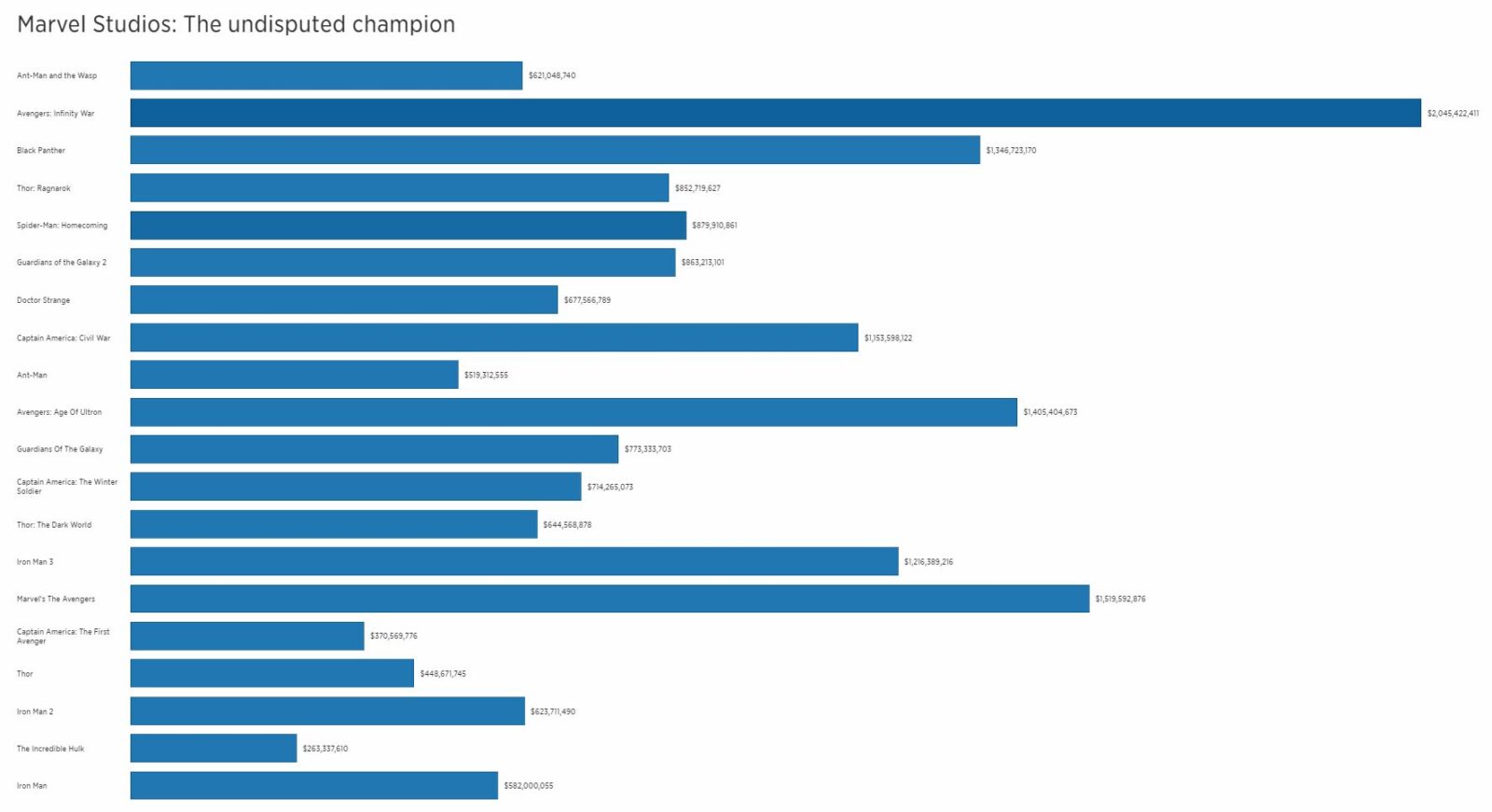 In 2018, “Black Panther” became Marvel’s highest-grossing movie featuring a standalone hero. Marvel’s partnership with Sony, which holds the film rights to Spider-Man, yielded another major hit in 2017 with “Spider-Man: Homecoming.”

On July 5, Marvel will test Spidey’s staying power — he’s been rebooted twice — with the sequel “Spider-Man: Far From Home.”

Marvel is also reportedly developing films based on Avengers member Black Widow and martial arts master Shang-Chi. The studio is also preparing sequels for franchises like “Guardians of the Galaxy” and “Doctor Strange.” The critical acclaim and box office earnings for “Thor: Ragnarok” has sparked talk of a third sequel.

While I remain unconvinced that Captain Marvel will perform as well as the experts predict, I do expect it to be on the lower tier of performers, along with Ant-Man & the Wasp and Doctor Strange. Others are convinced this is Marvel Studios’ ‘Wonder Woman,’ but I argue that Captain Marvel doesn’t have the same name recognition. I also think that those that do recognize the name either think it’s the original Shazam (DC Comics), who was called Captain Marvel when he first appeared, until Marvel eventually sued to get the name rights, or they remember the first Captain Marvel, or Mar-Vell, who appeared in Marvel Comics from 1968 until his death in 1979. Those who disagree point to some successful no-names called the Guardians of the Galaxy, and I’m usually without much wiggle room other than to say, most of the planet knew the name Wonder Woman, so the suggestion Captain Marvel will put up those numbers is dubious, but I digress.

Speaking of Wonder Woman, perhaps DC has learned their lesson learned from that blockbuster, as well as the billion dollar grossing ‘Aquaman’. DC’s next superhero movie is also the character once known as Captain Marvel – it’s “Shazam!” which hits the big screen on April 5. This is a major departure from the dark DC universe launched by Zak Snyder, and is instead an action-comedy starring Zachary Levi famous for his role in NBC’s action comedy “Chuck.” DC also has an October release planned by director Todd Phillips telling the Joker’s origin story. “Wonder Woman 1984” and “Birds of Prey,” featuring Margot Robbie returning as Harley Quinn, both hit theaters in 2020.

Has DC found their footing? That remains to be seen, but I’m willing to bet that their back-to-back hits has helped them right the ship.

The CNBC article continues with a discussion on the FOX properties and becomes of their popular expansion into R-rated territory now that Disney owns them?

In the last three years, Fox has found success with violent movies starring hard-edged heroes. Its two “Deadpool” movies and the Wolverine sequel “Logan” are three of its top four highest-grossing releases in the series of core X-men titles and spin-offs.

Disney CEO Bob Iger has hinted at a path forward. Shortly after the deal was announced, he floated the idea of an R-rated brand to accommodate titles like “Deadpool.”

Dergarabedian thinks a sub-label makes sense, adding that killing off the adult-oriented films would be a blow to fans and theater-owners alike.

“I’m hoping that the success of the R-rated Fox superhero films isn’t lost in the future,” he said.

It looks like we’re going to continue to be entertained at peak superhero films for the foreseeable future. Let’s see if the audience reaches their limit as to how much they’re willing to indulge superhero films…