Happy Birthday DeForest Kelley! No “Bones” About It! 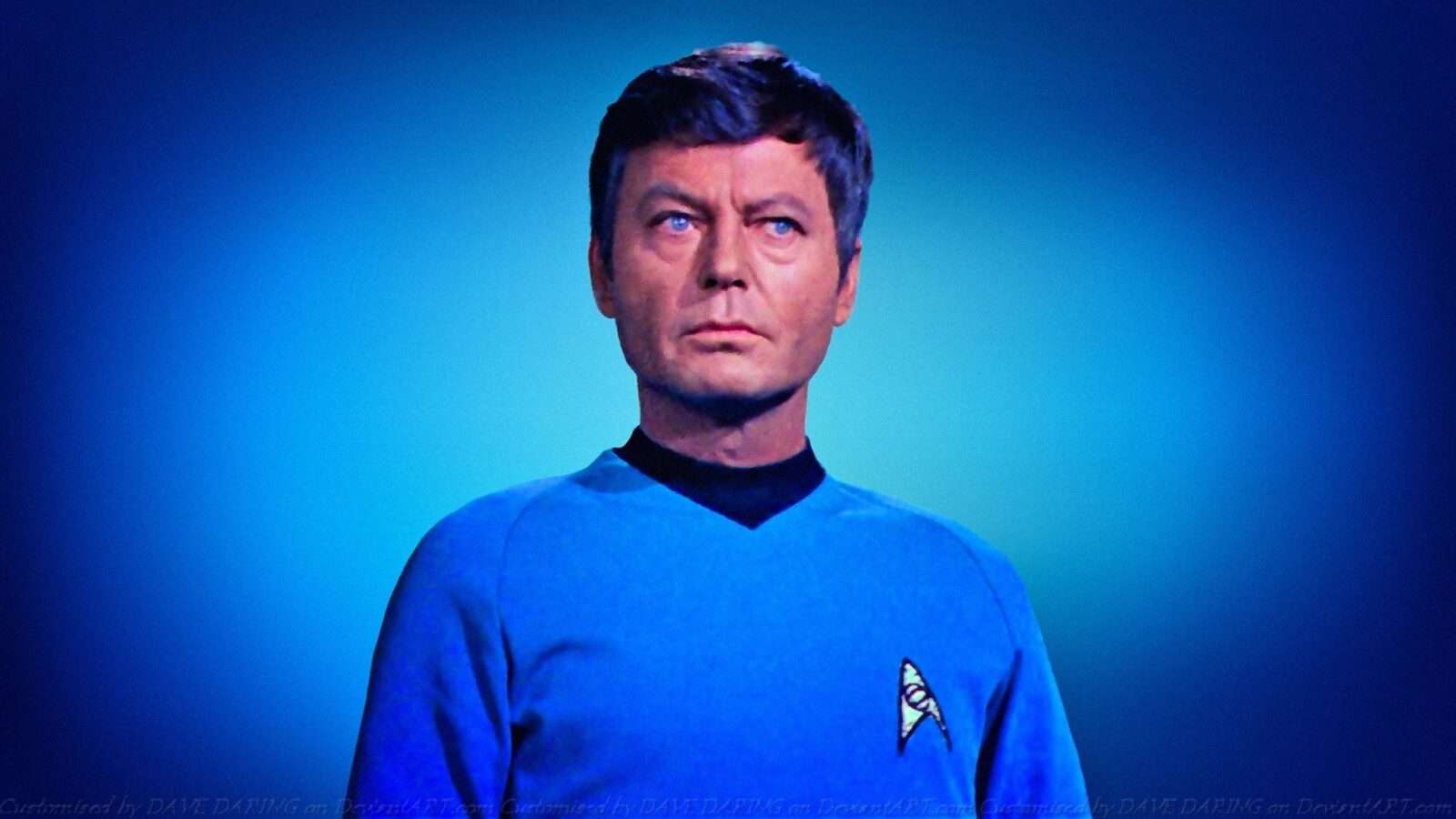 Today, 01/20/2021, DeForest Kelley would have turned 101 years old. Looking back at Mr. Kelley’s contributions as a thespian, it’s easy to fixate on 1966, and a specific doctor he played on Gene Roddenberry’s history making Sci-Fi TV show, but I choose to go a little further back…

Kelley’s cinematic, feature length debut was Fear In The Night (1947), 27 at the time, the young Kelley’s uninhibited style of acting is budding in this film noir thriller about hypnotism. The film ended up in the public domain due to a failure to renew the copyright by the original holder, so the film has been released by numerous different distributors since, and often in poor quality, but the sharp cinematography, and spot on directing by Maxwell Shane shines through with steady hand performances all around regardless.

It is a humble beginning of a stellar career to follow for DeForest Kelley, playing an Everyman questioning his sanity, as well as whether he’d committed a murder or not! Sturdy enough plot courtesy of Cornell Wolrich’s short story ‘Nightmare’ with the script adaptation by the film’s director, Maxwell Shane yet again. Kelley leads it well, if not stealing the scenery from the top billed Paul Kelly, and charming starlet Kay Scott.

It’s worthy, and worth the watch, make no bones about it!

Review: The Biggest Mistake of 'Star Trek: First Contact'
Why Star Trek II is the Best Sequel to Any First Film in Any Genre
Ashes of Star Trek Alumni to be Sent to Space as Part of Upcoming Artemis Mission
Shatner Says Roddenberry Would be “Turning In His Grave’ Over New Trek
Professor Calls Star Trek's 'Colorblind Philosophy' a ‘Blind Spot’
Peak Trek: Paramount+ Threatens Star Trek Fans with Even More Shows
Blando Reviews: Belle (2021) “To Be Real”