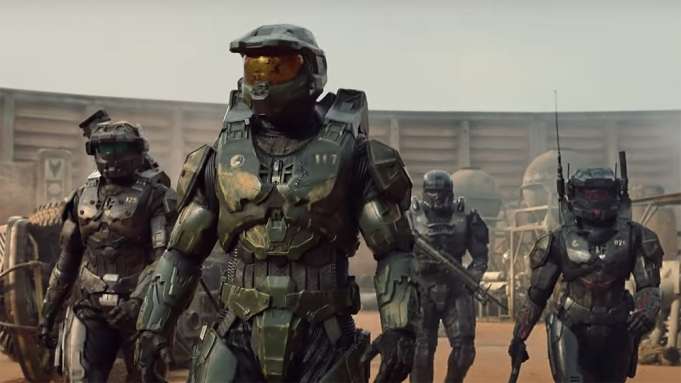 Master Chief is finally gearing up for action, but some fans are still skeptical.

Paramount Plus has unveiled the official trailer for its highly anticipated science fiction series “Halo.” The first look footage also revealed a premiere date of March 24.

Based on Xbox Game Studios’ best-selling series of first-person shooter video games, “Halo” is set in the 26th century and focuses on the adventures of Master Chief (Pablo Schreiber), a cybernetically enhanced super-soldier known as a Spartan that defends humanity under the orders of the United Nations Space Command. While plot details of the live-action series are being kept under wraps, most games in the “Halo” franchise focus on the UNSC’s war with an alien theocracy known as the Covenant.

Many fans cheered the new trailer, but some responses were mixed:

I predict that, if it goes “Woke,” it goes broke.
We don’t need Hollywood telling us how unredemably prejudice White folks are, and how helpless and trapped in victimhood People of Color are because of the whiteness of other people’s skin.
I’m with Martin Luther King Jr’s Dream.

At least we still got Sonic 2 to look forward to.

As a huge Halo fan, I approve of the trailers to the upcoming series. Looks spot on.

Not gonna lie. The new trailer for #HaloTheSeries on Paramount+ looks freaking awesome. Setting it to a cover of In The Air Tonight? Brilliant. pic.twitter.com/7mCrNe8uQE

finally got around to watching the halo trailer. would love to hear the rationale for using a shitty souped-up cinematic cover of In the Air Tonight to score the ad instead of literally anything else.

How did the Halo series trailer not use the game’s music? That said, it looks like it has potential. Some shots look great, some shots look atrocious.

If I gathered anything useful from the Halo show trailer, it’s that AK-47s and 2001 model Chevy Tahoes will still be reliable hardware 500 years from now.

And yet an AI still can’t last more than 7.

It looks like responses are very mixed, particularly among hardcore fans of the property. Where do you land?