Presented for your amusement and fright, is a selection of some of the very best, but alas forgotten horror films of the 60s and 70s that you may have forgotten. And this is no trick, dear treater. I’ve included full films embedded below that you can watch right now to raise the hair on your skin and celebrate the spooky season. 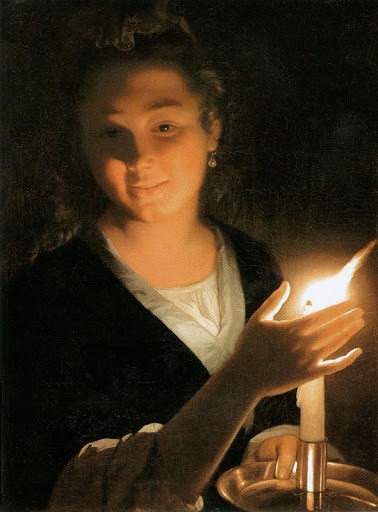 Submitted for your approval, three creepy tales from the vaults – all of which I saw on their first transmissions in the UK and have remained in my memory ever since.

All free to view on YouTube in their entirety (but keep going below the fold for more…):

Schalcken the Painter is a British television horror film based on the 1839 story “Strange Event in the Life of Schalken the Painter” by Sheridan Le Fanu, and stars Jeremy Clyde as Godfried Schalcken and Maurice Denham as Gerrit Dou.

The 1972 Spanish TV film La Cabina (‘the Telephone Box’), is a 35-minute gem of perfectly-paced, developing terror conceived by Antonio Mercero and José Luis Garci and directed by Mercero. It has a simple premise but weaves in layers of themes and effects that lift it well above the norm. This one will remain with you.

A strange and unsettling short film from the pen of novelist Kazuo Ishiguro, later author of science fiction novel Never Let Me Go, adapted for the screen by Mark Romanek in 2010 and for Japanese television six years after that. First broadcast on 4 January, The Gourmet film has scarcely been seen since but it certainly due re-discovery. Charles Gray stars as the wonderfully named Manley Kingston, the jaded gourmet of the title who has travelled the world sampling any and every food he can find, including human flesh. Bored and despairing of ever tasting anything new again, he’s given a temporary new lease of life when he meets a man who claims to have eaten a ghost. Teaming up with a young down-and-out, David (Mick Ford), Kingston attempts to trap the ghost of a homeless man in a derelict church and fulfil his new desire to taste something that is, literally, not of this earth. 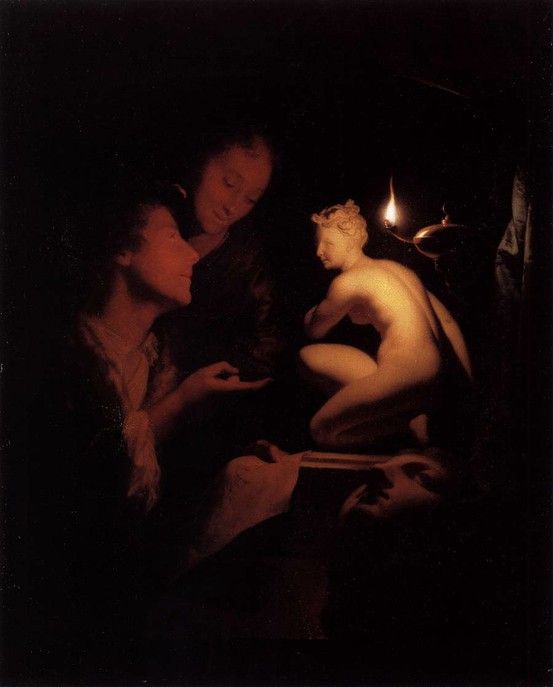 Artist and Model Looking at an Ancient Statue by Lamplight, Gottfried Schalken

And there’s more…(also FREE to watch in full)

Shown at Christmas time by the BBC, “A Warning to the Curious” is a classic spine chiller that tells the story of an archeologist who goes treasure hunting along the English coast in search of a lost, fabled crown that supposedly helps protect Great Britain against invasion.

A Warning to the Curious (1972) - A Ghost Story for Christmas

A research team from an electronics company move into an old Victorian house to start work on finding a new recording medium. When team member Jill Greeley witnesses a ghost, team director Peter Brock decides not only to analyse the apparition, which he believes is a psychic impression trapped in a stone wall (dubbed a “stone tape”), but to exorcise it too – with terrifying results…

The Stone Tapes by Nigel Kneal

Based on the 1904 ghost story “Oh, Whistle, And I’ll Come To You, My Lad” by the writer M. R. James. The story tells the tale of an introverted academic who happens upon a strange whistle while exploring a Knights Templar cemetery on the East Anglian coast. When blown, the whistle unleashes a supernatural force that terrorizes its discoverer.

Trilogy of Terror is a 1975 American made-for-television anthology horror film directed by Dan Curtis and starring Karen Black. It features three segments, each based on unrelated short stories by Richard Matheson.

While cataloging the library of Barchester Cathedral, a scholar finds a diary detailing the events surrounding the mysterious death of an Archdeacon some 50 years earlier. The Stalls of Barchester is the first of the BBC’s ‘Ghost Story for Christmas’ series, first broadcast on BBC 1 at 11.00pm on 24 December 1971.