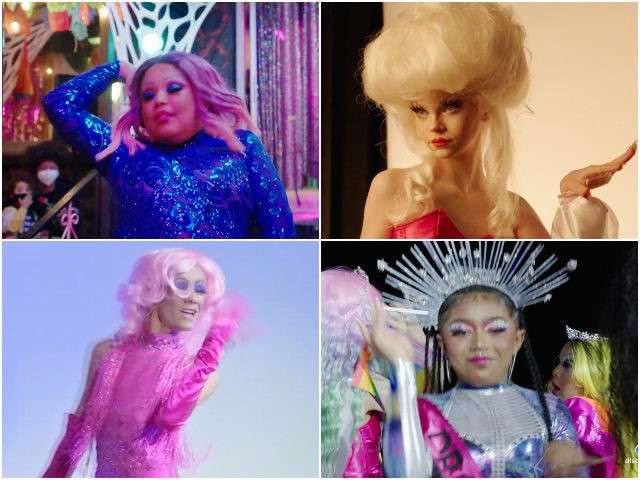 Tyra Banks, the model and TV mogul, executive produced a series on Discovery+ that follows five teenage guys on their path into the world of drag queens.

As we reported last month, Generation Drag is a six-episode series that follows five 12 to 15-year-old boys on their drag queen experiences. The show follows the teens and their families as they go on a journey into the world of drag, with adult drag queens assisting them in their preparation for their own big drag queen event.

The series covers all five teenagers and their families, with a particular focus on how the children’s parents have dealt with their sons’ interest in transgender, homosexual, and drag queen topics.

In a review of the first episode, Warner Todd Huston of Breitbart had this to say:

The series begins with a focus on 12-year-old Vinny who proudly displays his collection of multi-colored wigs and tells viewers that when he first donned one of them, he though, “This is me and you better like it.”  Vinny goes on to claim that he has known he is gay since he was seven and he describes himself as “sassy, flamboyant, and fun.”

Vinny also laments over the disapproving stares he sometimes gets in public. “I like the attention. It’s good to be seen,” he says. “But there are times when I don’t want to be seen in the wrong way. Just the slight tiny look is what can easily throw off the fun I have.”

Not long ago, a sexually confused man in women’s clothing peddling homosexual propaganda to small children would have prompted calls to the police. Instead, in current year it’s become fashionable to applaud this behavior and exploit confused children as entertainment. Where’s the outrage?

LGBTQ Politics: Congresswoman on Drag Queens - 'What America is ALL About'
Flopyear: Disney Has Become It's Own Worst Enemy
Chris Evans Bashes Anyone Who Doesn't Endorse Gay Kiss in 'Lightyear'
Why Companies Should Stop the Annual "Rainbow Washing"
Warner Bros. 'Joker 2' Edges Closer to a Reality
Is Warner Bros. Scrapping their Black Superman Projects?
Lynda Carter Claims Wonder Woman is a Transgender "Queer" Icon