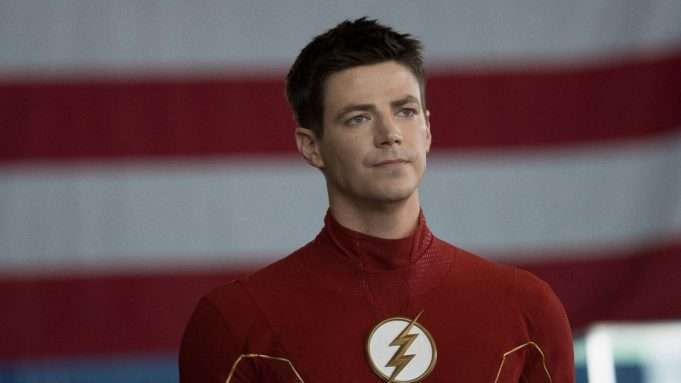 Could Grant Gustin, who now plays Barry Allen on The Flash on The CW, crossover from the Arrowverse into the DCEU? Gustin’s schedule is currently about to become significantly freer as the long-running Arrowverse television series will conclude with the forthcoming ninth season of The Flash.

In an unrelated development, Miller was arrested once more, this time in Vermont for felony burglary. Miller’s numerous arrests and other instances of controversial and criminal behavior have made The Flash movie extremely vulnerable to cancellation. Warner Bros. Discovery recently canceled Batgirl despite the fact that the movie had already finished filming, so it’s possible that it could also happen to The Flash. But perhaps that it could be edited with a another actor playing the major role?

That’s what they’re suggesting on social media at least:

I have always been a fan of the Flash, DCEU would be choice Arrowverse, (Grant Gustin) sure appreciate his skill and style.

Grant Gustin deserves to replace Ezra Miller as The Flash of DCEU because Grant was born to play starlet speedster in the first place pic.twitter.com/WRxn43yCGf

For me this is the one and only Flash ⚡️ pic.twitter.com/Djw7ck17dm

It’s no wonder Gustin is so beloved. He clearly loved the role, and he proved that after it was announced that The CW’s Flash series would be ending with season 9 on The CW. Grant Gustin, who has spent many years already in that role, posted an emotional farewell on social media. “This week we announced season 9 of The Flash will be the final season, which is bittersweet,” Gustin said of the cancelation in an emotional video posted on Instagram. “It’s been an incredible near ten years of playing this character and getting to be a part of this show, with an amazing cast and crew, and so much love from you guys, from the fans and the people who love the show, I mean that’s the only reason why we have been able to go on for as long as we have. I’m really excited to do this one more time and finish on our terms and I’m going to just enjoy every minute of it as much as I can.”

Okay well I was NOT expecting to cry like this today, but here we are…
Grant Gustin will ALWAYS be my Flash, no matter what. I’m so grateful to have followed and loved this character for 9 years. Can’t wait to see how this chapter of his story comes to an end! ♥️⚡️ pic.twitter.com/wnEPjkM6uR

To the fans, he added, “I wanted to say thank you from the bottom of my heart for supporting the show and allowing us to go as long as we have and I couldn’t be more honored to be associated with this character for the rest of my life and career. It is seriously a true honor and thank you again for supporting us and I hope you enjoy this last season. I know I’m going to enjoy making it. Thank you guys.”

It would seem that Gustin has accepted that The Flash’s final season will be his last as the scarlet speedster, but fans still believe he wouldn’t mind continuing in that role for a few more years given the higher pay that would probably come with a switch to the big screen by appearing in Warner Bros. films. Time will tell, but for the time being, supporters are clamoring for it to occur. Maybe David Zaslav will notice.