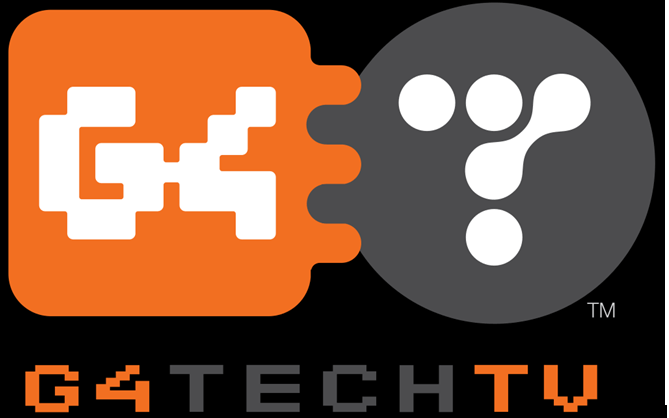 The common belief among fans of G4 is that the company was at its peak around 2007 or 2008.  While that may be true for one of the pillars of the G4 Network ‘Attack of The Show’, the late 2000s was anything but the peak for G4 as a network.

It is hard to argue against the point that 2008 was the year that Kevin Pereira and Olivia Munn hit their creative stride as G4’s leading duo. But if you are looking for when the network itself was at its absolute height, you have to go back to before ‘Attack of the Show’ even existed. 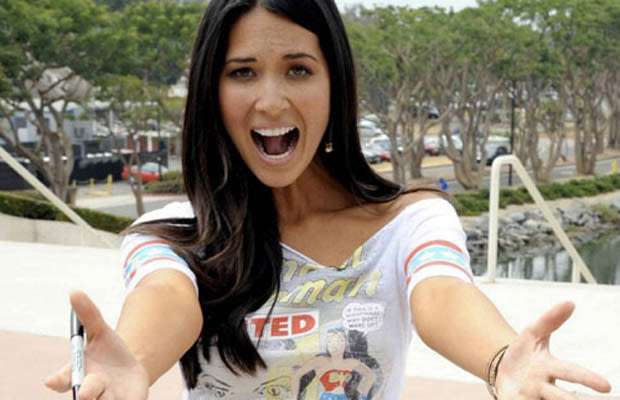 In the spring of 2004, Vulcan Inc. announced that G4 Media, a subsidiary of Comcast, would acquire TechTV and merge the two networks. On May 28, 2004, just two months after the announcement ‘G4TechTV’ was born. By combining the best of G4 and the best of TechTV, G4TechTV had created a lineup of content that rivaled any other digital cable network in the mid-2000s.

The problem was, G4TechTV’s run only lasted just over 8 months.

Comcast purchased Tech TV in an effort to expand its share of households from 15 to 60 million homes. Despite its outreach ploy, the run from May 2004 to February 2005 was the best run the company had in its turbulent 20-year history. Let us take a look back at the insane content lineup produced in the merger era known as G4TechTV.

Anime Unleashed was a nightly programming block of some of the best-animated programs from Japan. While shows such as Pokemon and Dragonball Z dominated the anime space in the early 2000s, Tech TV was one of the first networks to give a platform for lesser-known anime (in America) such as Boogiepop Phantom, Silent Möbiusm, and Dual! Parallel Trouble Adventure. Anime Unleashed played a key role in introducing in Japan’s animation to the western world.

One of the few original competition shows that G4 produced was a precursor to modern esports competitions done 20 years earlier. Bringing in amateur gamers who were excited for the idea of being on TV and paying them in pizza created a show that was the best original show that G4 created which wasn’t a TechTV layover. The two best hosts of the series Lee Reherman and Michael Louden are sadly no longer with us, but the legacy of ‘Arena’ has lived on for many years.

One of the most dated television shows of all time was still one of G4’s best shows while it was relevant. ‘Cheat!’ was a show hosted by the lovely Kristen Adams (then Holt) that gave audiences the inside scoop of cheat codes, easter eggs, and strategies for their favorite sixth generation of video games. The show was a great informative tool for gamers but the show became obsolete once video game developers moved away from implementing cheat codes in favor of DLC content in the seventh generation of video game consoles.

There were many ideas that came from the early 2000s that were well before their time. One of the better examples of this is Cinematech, a show that showcased various cutscenes and trailers for video games past, present, and upcoming. These types of showcases were rare and entertaining for their time as the explosion of internet-sourced content such as Youtube wouldn’t take off until years later. Not all of the footage aged well over time but for a show set in the early 2000s, Cinematech was well ahead of the curve.

One of the forgotten faces of G4 was Diane Mizota, the host of the show ‘Filter’. Filter was one of the original shows that G4 produced with the launch of the network in 2002. The focus of the show was video games, and each episode covered a different genre, such as sports or role-playing video games. Each week a new theme was chosen and viewers chose the top ten to be featured on the show. After the purchase of TechTV, Filter was revamped to include more pop culture lists such as theatrical and DVD movie releases, music concerts, and consumer technology. Sadly, the show was a victim of Comcast’s rebrand that killed the TechTV element of the network in 2005 but it remains a show stuck in the memories of OG fans of G4.

While modern G4 shows hate the idea of interacting with their fanbase, G4TV.com was a show built on fan interaction. G4TV was a weekly video game talk show that aired on G4 and was produced by Laura Foy and hosted by Tina Wood and Geoff Keighley. The questions and polls used on the show were from the G4tv.com discussion forums live chat room and were on any topic concerning games or the technology of gaming. In a time before Gamers got the bad rep of being toxic, racist, and sexist from outsiders who want in, G4TV.com was one of the few shows produced by G4 that lived up to the motto of “By Gamers, For Gamers”.

Now while this wasn’t a show exclusive to the G4TechTV brand, it was still one of the most popular shows in the early days of the network. Robot Combat was a widely popular competition in the early 2000s and the UK was the first country to popularize the event on the BBC One original Robot Wars TV series. While the show had its own US version which was broadcasted on then TNN Network (currently Paramount Network), Tech TV syndicated the UK version which saw robots and competitive teams not seen in the United States. It’s not hard to love robots fighting other robots, especially when they get smashed and set on fire. Robot Wars UK made for great TV on G4TechTV

The pillar of Tech TV was later rebranded as ‘Attack of The Show’, a pillar of G4.

‘The Screen Savers’ is one of the most important shows for both networks. Originally hosted by Leo Laporte and Kate Botello, and in the later years by Patrick Norton, ‘The Screen Savers’ was a daily show centered on computers, new technologies, and their adaptations in the world. If you consider yourself a nerd in the early 2000s, you were most likely the target demo for the show. The show was a launching pad for some of Tech TV’s most noticeable on-air talent such as Morgan Webb, Martin Sargent, and Chris Pirillo. The merger of G4 and TechTV was the downfall for the show as Leo Laporte left soon after and Comcast fired the San Francisco crew while moving the show to Los Angeles. The OG Screensavers was the most influential show that was produced by the networks and highlighted the rise of fall for both.

Martin Sargent is one of the biggest names associated with TechTV and had a personality so likable, he was rewarded with his own late-night comedy show entitled ‘Unscrewed with Martin Sargent’. Unscrewed was the comedy show that Attack of The Show wished it could be.

Sargent, along with his co-host, Laura Swisher, created a talk show focusing on the comedy of technology and the internet. Unscrewed brought on guests like Kevin Rose who would teach you irrelevant tips like how to create a flamethrower or how to destroy your hard drive before being raided by the FBI. Unscrewed was a one-of-a-kind show but much like The Screen Savers, fell victim to the fallout of Comcast’s decision to fire their Tech TV holdovers a year after the merger. It’s a damn shame, Martin Sargent had all the tools to be as big of a player on G4 as Olivia Munn and Adam Sessler, but it just wasn’t meant to be.

The most popular show in the history of G4 didn’t even start on G4. ‘X-Play’ began as ‘Extended Play’ in the late 90s with Adam Sessler and Kate Botello on ZDTV (Former name for Tech TV). Years later, Tech TV rebranded the show in 2003 as X-Play. Morgan Webb replaced Kate Botello and the rest was history. A quirky video game review show starring two San Francisco nerds and the infamous disembodied voice, X-Play became the go-to show for video game opinion on television.

One of the show’s best bits was the golden mullet awards, a show that celebrated the worst video games of the year made for great television. While X-Play survived the Comcast rebrand of 2005, the format of the show changed in the G4 years from a pure review show to a video game magazine show (we won’t even talk about the 2022 version of X-Play that exists). X Play changed the game for gamers’ content and industry opinion for the 2000s. A format that peaked in the G4TechTV era.

While G4 relied heavily on X-Play and Attack Of The Show to pull itself into mainstream relevance in the late 2000s, it was the lack of quality programming that was the downfall of the network in 2013. Some may consider their peak to be 2008 but the diversity of content under the G4TechTV was the absolute zenith of what G4 as a network had to offer. It may have only lasted 8 1/2 months, but for that time, it was the best of both worlds.

With a lineup this good, you have to ask the question…How did Comcast (NBC Universal) screw this up?