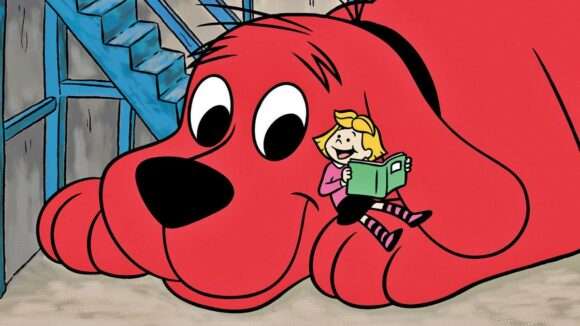 Based on the beloved Scholastic kids books of the same name, Clifford the Big Red Dog is a family movie that doesn’t hit theaters until next year on November 5, 2021, but this first look teaser fully unveils how they’re bringing Clifford to life. The answer? Cheap CG, of course!

The film follows a middle-schooler named Emily Elizabeth (Big Little Lies’s Darby Camp) who meets a magical animal rescuer (John Cleese) who gifts her a little red puppy, only to wake up the next day to find the dog is now ten feet tall. Complicating matters is her small New York City apartment, but with the help of her impulsive uncle (Jack Whitehall), Emily goes on an adventure to get matters settled before her mom (Sienna Guillory) gets home from a business trip — all with Clifford in tow.