Expansion Continues In the Star Trek Universe at Paramount+


Expansion Continues In The Star Trek Universe | Paramount+
Star Trek’s Universe is making its permanent home on Paramount+, including the premiere of the latest Trek iteration, the animated kids series Star Trek: Prodigy, ViacomCBS has announced.
Originally conceived for Nickelodeon, Prodigy, from Kevin and Dan Hageman (Netflix’s Trollhunters), will now premiere on the streamer later in 2021. After its 10-episode run has concluded there, the show — about a coterie of alien kids who commander a seemingly abandoned Starfleet vessel — will air again on the linear Nickelodeon channel. The network also released a first look at the bridge crew from the show, highlighting that none of the main characters on Prodigy will be human, a first for a Trek series. 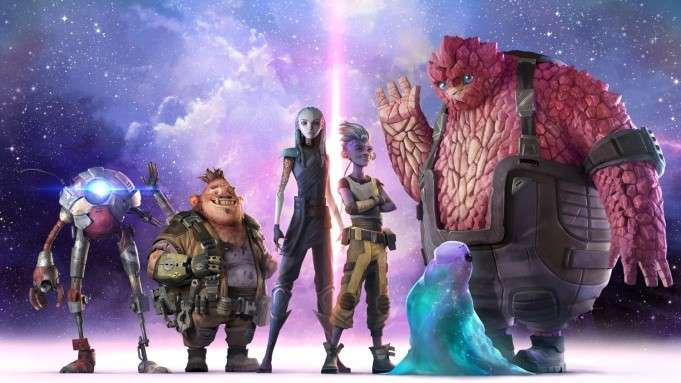 The move is part of a wider official strategy of placing every current and former Trek TV series on Paramount+, including new seasons of Star Trek: Discovery and Star Trek: Lower Decks which are also set to premiere in 2021. Paramount+ is also in active production on the second season of Star Trek: Picard, and the new series Star Trek: Brave New Worlds. It’s the largest expansion of the Trek franchise since its inception in 1966.

Star Trek has inspired a new brighter future of adventure, exploration and acceptance. Within the last 3 years that future has expanded with Paramount+ originals and continues with two new adventures, Star Trek: Strange New Worlds and Star Trek: Prodigy. Start streaming every episode of every series in the Star Trek Universe, exclusively on Paramount+ March 4.

Review: The Biggest Mistake of 'Star Trek: First Contact'
Watch: Trailer for Third & Final Season of 'Picard' on Paramount+
Modern Cartoons Can't Be Trusted: Here's the Best 80’s Toons for Kids
'Star Trek: Generations' Not as Good as I Remembered
Why Star Trek VI: The Undiscovered Country is My Favorite Trek Film
'Star Trek V: The Final Frontier' Isn't Quite as Blasphemous as I Recall
Retro Review: Star Trek IV: The Voyage Home is Totally 80s’ed Out