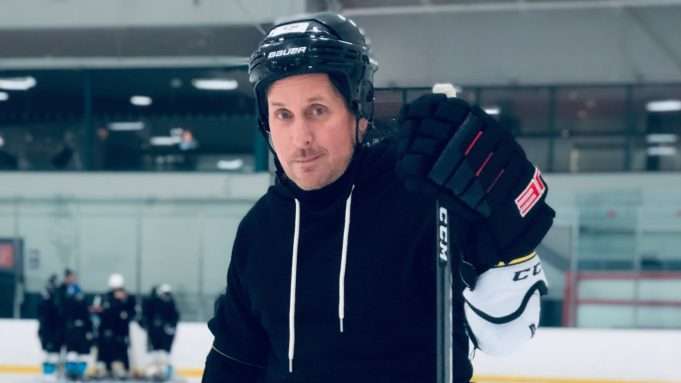 The Mighty Ducks franchise will continue without Gordon Bombay. Emilio Estevez, who reprised his role from the 1992 movie and its 1994 and 1996 sequels in Season 1 of The Mighty Ducks: Game Changers, will not be back for the Disney+ series’ upcoming second season.

Deadline reports that Disney Television Studios’ ABC Signature, which produces the hockey-themed sequel series, made the decision not to pick up Estevez’s option for Season 2 after weeks of back and forth with his team over the show’s Covid vaccination requirement.

Heading into Season 2, The Mighty Ducks: Game Changers — like many Disney TV Studios series — has adopted a mandatory vaccination policy for the cast and crew in Zone A, which was included as an option in the most recent Return-to-Work agreement between the Hollywood studios and major unions. (Zone A includes all actors and crew members who come into direct contact with them.)

According to sources, Estevez, through his reps, has declined to provide assurances that he would comply with the policy. With the two sides at an impasse as the Season 2 scripts were being written and the planned early 2022 start of production was looming, the studio reportedly made the call to not exercise the actor’s option and the scripts will be adjusted to continue the story without the character.

Emilio Estevez’s vaccination status gets him axed from ‘The Mighty Ducks: Game Changers’ S2 https://t.co/lNS6MtRGOU Another dumb fucker loses a position because of stupid and ignorant personal reasons, Fuck your personal reasons and support the community dickhead.

Seriously, who cares what this OBVIOUS, RW IDIOT does or doesn’t do! Emilio Estevez is unvaccinated, cut from ‘The Mighty Ducks’ show https://t.co/t3dPC82Rpe via @Yahoo

Both Emilio Estevez and Ice Cube have reportedly turned down work because of vaccine requirements in case you’re wondering which celebrities you wouldn’t want to invite to a dinner party.

Aww, now that’s a damn shame 🙄 I’ve never seen the movie or the show.. but 100% sure there are much better actors to handle the job. Ones who care about other people https://t.co/isscBmfg2r

Emilio Estevez’s vaccination status gets him axed from “The Mighty Ducks” revival show.

Sources close to Estevez indicate that creative differences may have played a role in his exit.

In other news, Twitter is still a cesspool of sub-human haters.