Dwayne Johnson recently boasted about the violence and deaths that will appear in his forthcoming Black Adam movie, at one point even saying that the film will have “the most raging and violent dismemberment in it.” Meanwhile, Hollywood continues to be at the forefront of the demand for “gun control” as a supposed solution to violence.

On July 25, Yahoo Entertainment reported on comments Johnson and others gave to it regarding the feature-length adaptation of the DC Comics character. Those it quoted all spoke positively about the violence in the PG-13 movie.

“His body count in this already surpasses anything we’ve done before,” Johnson’s longtime friend and producing partner Hiram Garcia tells Yahoo Entertainment Saturday. . . . “That is one of the great things about Black Adam is that he will not pull his punches.”

The article then moved on to quoting Johnson himself. “‘I don’t know if it’s the highest body count, but what I can tell you is it’s the most raging and violent dismemberment,’ he says laughing.”

After quoting more people associated with the film who spoke about the excessive violence, the Yahoo article returned to Johnson: “‘Well, John Wick doesn’t just rip arms off of bodies, and fly them up in the air,’ Johnson says of the comparison. ‘But that’s [Adam’s] M-O.’” 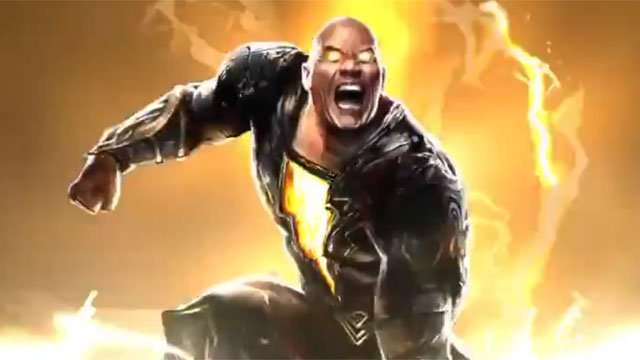 Movies and violence have gone together since Hollywood started. And excessive violence is nothing new either. But Johnson boasting about Black Adam being excessively violent is noteworthy because of Hollywood’s demand for gun control as a supposed solution to violence.

In fact, Johnson himself voiced support for “gun control” efforts in reaction to the 2018 mass murders at Marjory Stoneman Douglas High School.

The far-left Entertainment Weekly described March for Our Lives as “a nationwide demonstration to demand more gun control” following the Marjory Stoneman Douglas High School murders. The article added that “celebrities continue to voice their support over social media, while other stars are joining the crowds on the streets.”

With regards to March for Our Lives, Johnson tweeted: “I’ll always stand for open dialogue and action – it’s the only way to ensure bad history doesn’t repeat itself. When it comes to protecting our children, all bets are off and the responsibility lies with us adults and lawmakers to listen and do. Very strong day. #MarchForOurLives”

I’ll always stand for open dialogue and action – it’s the only way to ensure bad history doesn’t repeat itself. When it comes to protecting our children, all bets are off and the responsibility lies with us adults and lawmakers to listen and do. Very strong day. #MarchForOurLives pic.twitter.com/4gJ0QKdMYw

Supporting gun control efforts in reaction to violence while simultaneously making a living off glorifying violence is quite revealing. Yet at the same time, there is nothing surprising about it. Nor should we expect things to change.

After all, even conservatives and libertarians, who constantly complain about stuff like this, continue consuming the movies, series, and music that Hollywood puts out.

Hollywood will continue supporting “gun control” as a supposed solution to violence while simultaneously pushing us to watch the violent entertainment they produce. And nothing will change until people who claim to oppose them actually stop supporting them.