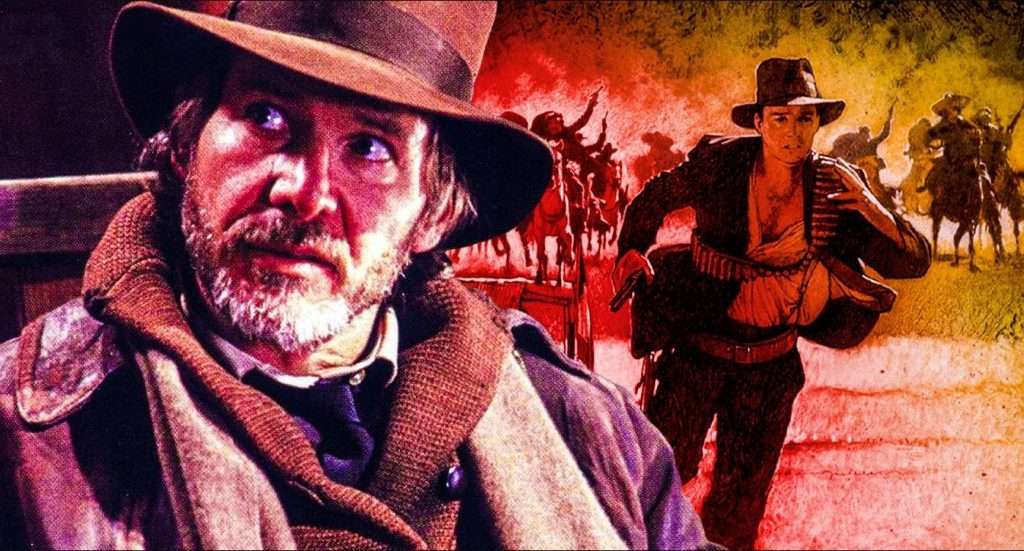 Last month, we reported that a Youtube movie critic and provocateur named Doomcock had become the bane of director James Mangold’s existence after his rumor reports were seemingly vindicated by mainstream media outlets. The speculation centered on the plot of the upcoming Lucasfilm legacy sequel, Indiana Jones and the Dial of Destiny, and Doomcock’s contacts had informed him that Indy will be erased from history in a disturbing time-travel twist where he will end up being replaced with Phoebe Waller-Bridge at the end of the new adventure where a young Indy sacrifices himself, wiping the daring archeologist out of existence along with his most memorable, legendary adventures.

A quickly forgotten article on Screen Rant initially seemed to confirm the plan to erase Indy had been in the works for years. They reported back in March that Lucasfilm and Paramount were already retroactively erasing the former canon and giving credence to these theories.

Concerns are compounded by Paramount+’s re-editing of The Young Indiana Jones Chronicles, which removed the elderly narrator’s scenes. While a heroic sacrifice and passing on a legacy is not the worst way to end a series, it may not be the best either, especially when it may erase the accomplishments of one of the greatest heroes in cinema history.

[…] Portrayed by George Hall, old Indiana Jones was still as sharp as the whip he cracks and seemed every inch the awesome one-eyed great-grandfather everyone wished they had. Shown to have a family, a peaceful retirement, and not one but several people to carry on his legend, the series was a beautiful and fun epilogue that mirrored the audiences who grew up on the Indiana Jones stories passing them on to a new generation. Both undoing and censoring the original heartfelt conclusion is unwarranted. Instead of allowing the audience to experience the character’s intended ending, it robs them of a proper send-off.

Here’s what Doomcock had to say about this report on his channel yesterday (update: the video has now been switched to private, perhaps due to what we’ve learned)

But things may not be all that they seem with this situation.

Excising the old Indy bookends from the 1992 series caused a bit of a stir for Raiders completists last summer, which is when Paramount+ had announced the series was streaming in HD on their new platform. That’s when a new generation of viewers first discovered Old Indy was missing from the streaming version, but it actually turns out that these changes were the work of George Lucas who removed the older Indy scenes way back in 1999 for the rerelease of the Chronicles series which was renamed The Adventures of Young Indiana Jones for both television and VHS. For the reissue, Lucas took the original two seasons of series episodes and four TV films, and edited the episodes from their 40-minute installments, transforming them into a total of 22 feature-length TV movies by adding some new footage to connect the storylines of combined pairs of Young Indy episodes into single full-length movies.

In the process, Lucas cut every bookend of George Hall’s Old Indy and even Sean Patrick Flanery’s teenage Indy. So in 1999, the only bookend scenes Lucas retained were the ones starring Harrison Ford as Indy in “Mystery of the Blues,” but each chapter still ended with an Old Indy closing his diary. However, in 2021 for the Paramount Plus release, when those reissued episodes were available in HD, the “Mystery of the Blues” episode that starred Harrison Ford was conspicuously absent.

Hey all, I did a video based on a Screenrant article about Old Indy being edited out of The Young Indiana Jones Chronicles. Turns out while the article was literally factual, the edits happened long ago & are not relevant to Indy 5! I have therefore deleted the video, just FYI!

It’s also worth noting that while all the Old Indy bookends were excised to support a new TV movie length format, it’s also very likely that the always tinkering Lucas removed them in preparation of his fourth Indiana Jones film, 2008’s Indiana Jones and the Kingdom of the Crystal Skull. Since those George Hall bookends established the adventurous archaeologist had not only lost an eye but he also had a daughter as well as grandchildren, which were never mentioned in any of the films. If the movies are the Indy prime universe that establishes Indiana Jones’ canon (not the comics, tv show, or videogames), it makes sense Lucas might have made the cuts in order to provide more flexibility, such as introducing a grown son instead of a daughter.

Also, cutting George Hall allows James Mangold, who took over directing duties from Spielberg, to not have to be concerned with anything from The Adventures of Young Indiana Jones, with a suitably Old Indy played by Harrison Ford reprising the role once more in Indy 5, and playing him at an age even older than a 76 year old George Hall was when he played Old Indy back in the 90’s.

The BIG takeaway here, however, is this: treasure your physical media. These days with streaming services, you can NEVER be sure what you’re getting hasn’t been changed, deleted, or revised. If you love something, get a physical copy. It seems Old Indy may well be lost in time.

As of today, the series isn’t available on any streaming platform in HD, and is only available for purchase on Amazon, Google Play, and Vudu, according to JustWatch.com, and only in standard definition (SD). It’s changes like the ones Paramount+, Disney+, and even Lucas himself have made to established content that have reaffirmed our belief here at Bleeding Fool that physical media is still king.