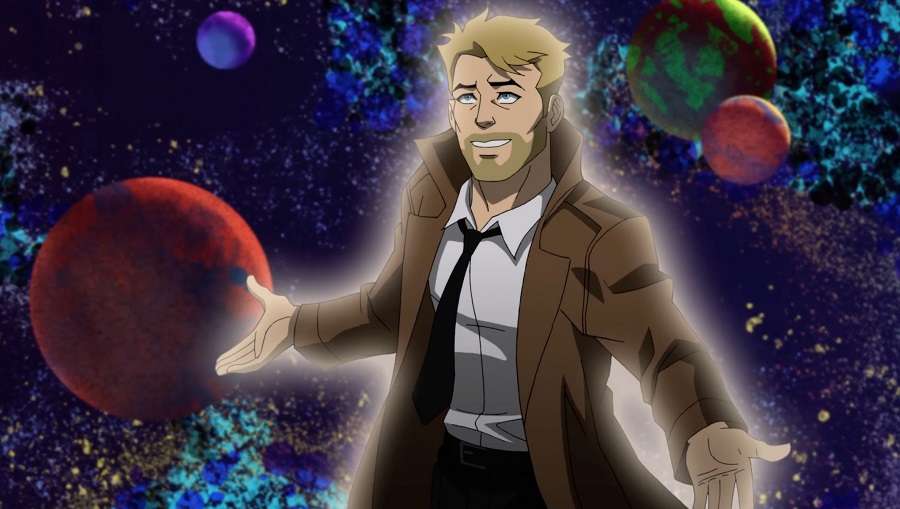 If you’ve ever dreamed of exploring the DC Universe, then the new collection of DC animated shorts, DC Showcase: Constantine – The House of Mystery, will blow you away. This disparate batch of tales takes you through multiple time periods and genres, from the dystopian world of Kamandi: The Last Boy on Earth, to the candy-colored 1960’s of Blue Beetle, to the wartime mash-up of The Losers, to the unimaginable horror offered by the collection’s all-new short, Constantine – The House of Mystery.

“All these shorts ended up inhabiting these different time periods and places within the DC Universe,” supervising producer Rick Morales noted. “The powers that be asked me if I would be interested in doing a few shorts. I said yes and began talking to writer Jim Krieg about it. He already had the idea to do this Constantine short, and it became clear very quickly that this would be the lynchpin short.”

Constantine – The House of Mystery picks up where the magician’s last appearance, in Justice League Dark: Apokolips War, left off, as John Constantine deals with the consequences of messing with reality.