Deadline is reporting that Warner Bros is being “very vocal” about their intentions of having a woman direct their recently announced Supergirl film. Warner Bros is reportedly developing a movie centered around the cousin of Superman. And while details are sparse on the film, it is expected to be part of the shared DC Films universe, which is home to Henry Cavill’s Man of Steel.

It wasn’t long ago that Warner Bros. was shamed for its lack of films with female leads. But after Wonder Woman, the studio has been very vocal about wanting to employ another female director for yet, another strong female superhero — Supergirl. The studio is also developing female superhero characters including Batgirl and another film based on Margot Robbie’s Harley Quinn, the scene-stealing character from Suicide Squad (see below).

It seems the studio is looking for the women of the DC universe to help boost their superhero stable as the industry itself is finally realizing that audiences are screaming for diversity of all kinds. And we have seen that from the box office results of Wonder Women, Fox’s Hidden Figures and Marvel/Disney’s Black Panther. We will likely see it again this week in what is sure to be a success of the studio’s own Crazy Rich Asians which opens Wednesday.

Setting aside that Black Panther wasn’t directed by a woman, and Hidden Figures was directed by a Caucasian male, it’s curious how Deadline is going out of their way to support the studios’ narrative by saying audiences are “screaming for diversity of all kinds.” Supergirl would mark Warner Bros’ latest female-directed superhero project. Wonder Woman, directed by Patty Jenkins went on to earn more than $800 million worldwide, the highest-grossing live-action film directed by a woman. Jenkins and star Gal Gadot are now shooting the sequel, Wonder Woman 1984. 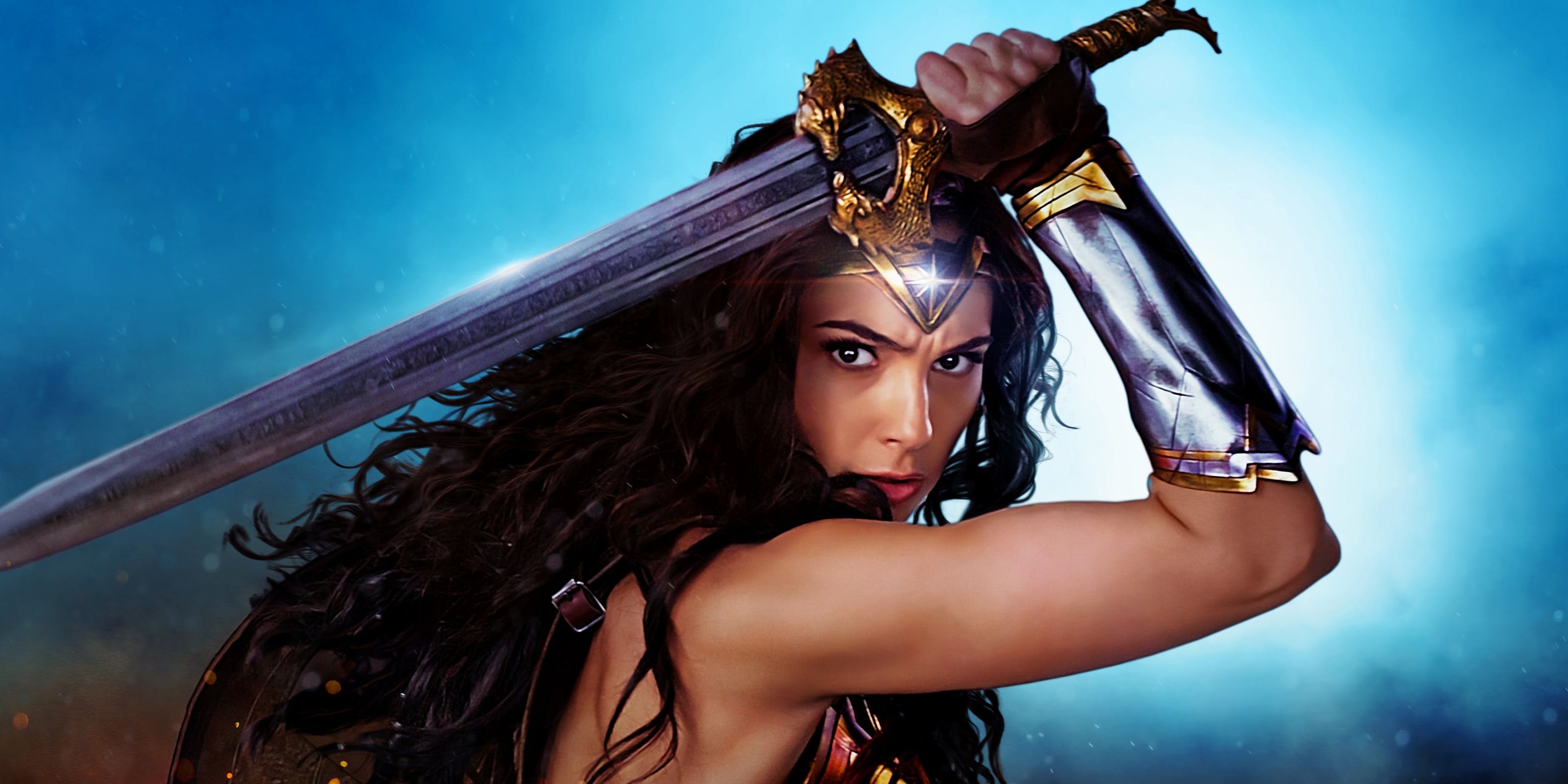 But was the fact that a woman-directed Wonder Woman the reason it was a success? That’s highly unlikely. The film really wasn’t all that great, but it was at least of draftsman quality and told the story that comic book fans have imagined for over 75 years, so if executed well by anyone, it should have been a success. Given that Wonder Woman is considered part of the legendary trinity of DC Comics (along with Batman and Superman), a motion picture featuring her was long overdue. After all, between the two of them, the Dark Knight has starred in no less than 8 films (not counting Batman v Superman,  Justice League, or Suicide Squad) and Supes has been featured in no less than 6 films (also not counting Batman v Superman or Justice League). All three characters have starred in their own live action, popular television series. 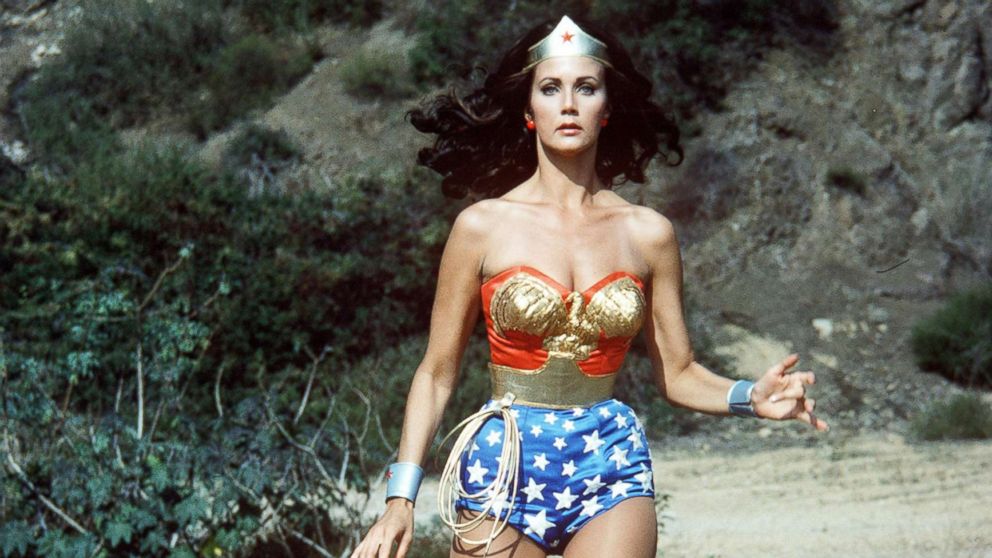 But are audiences REALLY clamoring for a Supergirl, Birds of Prey, or Batgirl movie? Couldn’t it be argued that those are all essentially derivative of male counterpart heroes and not as original as Wonder Woman?

As for Supergirl, audiences weren’t terribly excited about her back in 1984, her debut film couldn’t even outperform Superman IV: The Quest for Peace (1987), and both of those only earned around $15 million a piece.  That doesn’t favorably compare to the much-panned Superman III (1983) which still earned nearly 4 times as much: $59,950,623. And then in 2004, does anyone remember the forgettable Catwoman? It was a massive flop, one that undid all the prestige Halle Berry’s Oscar win had just earned her. The film was made for $135 million, but only managed to claw back 60% of that at the box office. Its director, Pitof, who was also the second unit director on Alien 4, and hasn’t worked in the film industry since.

And when it comes to the current CW TV iteration of Supergirl starring Melissa Benoist, it was cancelled after one season on CBS for poor numbers (according to CBS). However the series shined a bit more on the littlest network, which is owned by the same parent company and was renewed for a fourth season. Unfortunately, the third season of Supergirl averaged only a 0.51 rating in the 18-49 demographic and 1.59 million viewers. The show also saw a steep 25% drop in viewership midway through Season 3, before it shifted time slots, to make way for Black Lightning, which was also renewed after averaging a 0.59 rating in the 18-49 demographic and 1.78 million viewers. Those aren’t great numbers, but perhaps if Warner Bros would wait a few decades like they did with Lynda Carter’s series, a movie version might work. 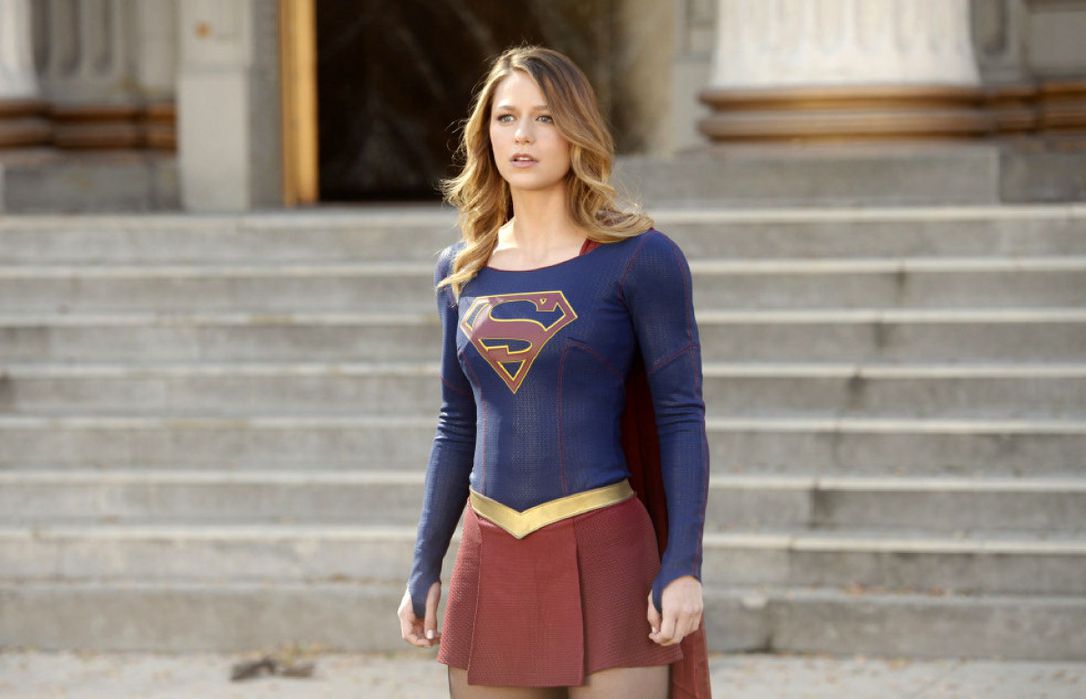 Forbes own resident SJW, Scott Mendelson, had this to say last year about diversity hiring in films:

We’ve expanded copious digital ink on the idea of female-driven superhero movies and the notion of such films being helmed by female directors. Yet, it was North America that didn’t show up for Anna Foerster’s Underworld: Blood Wars to the tune of just $30.3 million domestic, well below the $50m-$60m norm for the Kate Beckinsale installments. The $35m-budgeted Sony sequel will still be okay thanks to $80m in worldwide grosses, but it was followed up weeks later by Milla Jovovich’s Resident Evil: The Final Chapter. You know, the sixth installment in the superhero/fantasy/horror/action franchise that is fronted by Ms. Jovovich and the likes of Michelle Rodriguez, Ali Larter and Sienna Guillory…? Yeah, that one made just $26m in North America, way below the $40m-$60m norm. But it was overseas audiences, especially China ($163m), that turned that $40m production into a $312m+ smash.

Ditto Vin Diesel’s (comparatively) gender balanced and ethnically inclusive xXx: Return of Xander Cage, which made $44m in North America and $346 million worldwide.  Now you can argue that those films were past the due date sequels to needlessly continued franchises, but what of critically-acclaimed teen girl melodramas like Edge of Seventeen and Before I Fall? Both featured female protagonists (Hailee Steinfeld and Zoey Deutch) and had female writers and directors (Kelly Fremon Craig wrote and directed Edge while Ry Russo-Young directed Maria Magenti’s adaptation of Lauren Oliver’s novel) in the service of well-reviewed films that weren’t entirely consumed by romantic melodrama. Yet both films made less than $15 million in North America while we all obsessed over Netflix’s 13 Reasons Why.

And while we like to blame overseas moviegoers for why Hollywood films tend to be overly white in their casting, Rogue One made $1 billion worldwide, The Force Awakens made $2b and Fate of The Furious is going to make around 80% of its $1b+ global take outside of North America. Even Scarlett Johansson’s Ghost in the Shell, perhaps fairly tarred for its race-bending casting, bombed in North America ($39 million) yet made around $123m (and counting) overseas. That includes a halfway decent reception in Japan where it was greeted with about as much controversy as that Ken Watanabe-fronted Unforgiven remake was over here. Had it made even what Lucy pulled in domestically three years ago ($126m), it would be a modest success at a $110m budget. Whether or not the middling adaptation of a cult IP deserved its fate, it’s another odd circumstance of North American audiences rejecting female-driven fantasy genre fare while overseas audiences do not….

…The so-called peak TV movement brings a bit more onscreen/behind-the-scenes diversity/inclusivity to your television screens, where Wynona Earp, Underground, Girlboss, Fresh Off The Boat and The Handmaid’s Taleexist alongside each other at the click of a button. But if we want big-screen movies that aren’t just about white dudes’ heroic journeys, we need to make that heard at the box office. Obviously, blow-out wins like Hidden Figures shouldn’t be discounted because Queen of Katwe flopped, but I would prefer those films be par-for-the-course as opposed to lightning in a bottle.

The relative failures of the above-noted films do highlight one thing of note. Folks say they want inclusivity, but (for better or worse) they merely want such things for big-screen entertainment they already planned to consume. We want culturally diverse casting and culturally diverse behind-the-scenes voices on our Star Wars movies, comic book superhero films and big studio animated pictures because that is what we are already going to see. While there once was a time when a film like Unforgettable would have been a Saturday night potboiler, Queen Of Katwe would have been year-end prestige offering or Resident Evil would have been an early fall biggie, that’s not as much the case anymore.

So it sounds like he’s saying that audiences like to feel good about seeing diversity in the films they are already planning on seeing. A kind of movie fan virtue signalling, if you will. In spite of that evidence, Warner Bros. has already recruited Cathy Yan for their in-the-works Birds of Prey movie, led by Suicide Squad‘s Margot Robbie. That female-centric project is focused on a criminally insane Harley Quinn and some of DC Comics’ most well-known female characters, including Black Canary, Huntress, Renee Montoya, and Cassandra Cain, formerly known as Batgirl. Are audiences screaming for those films?

A Batgirl movie aka Barbara Gordon is also being developed at Warner Bros., with Christina Hodson attached as writer, and acclaimed filmmaker Ava DuVernay is attached to steer New Gods. I take it DC signed Ava before the numbers for her A Wrinkle in Time adaptation for Disney. The Oprah led film had a production and marketing budget of around $250 million, making her the first African-American woman to direct a live-action film with a budget of that size. That film also made her the first African-American woman to direct a film that earned at least $100 million domestically. Two interesting records to be sure, however the film may lost somewhere around $180 million dollars for Disney. And Warner Bros still put her on their New Gods film because audiences are “screaming for diversity”? Please.

And honestly, other than hardcore Jack Kirby fans, is anyone really screaming for a New Gods film anyway? Who cares who directs it? 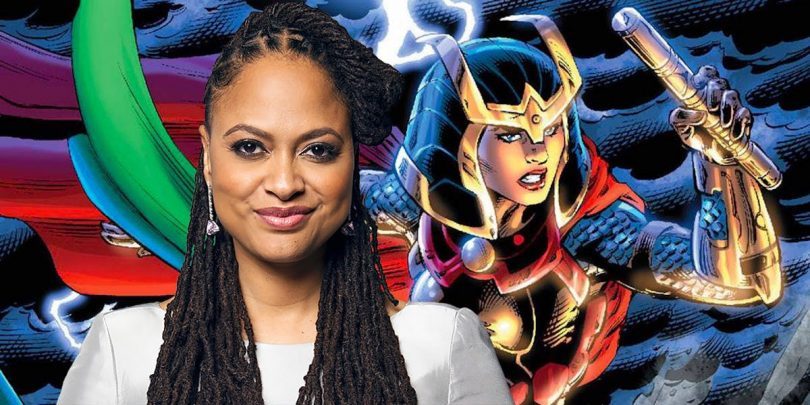 Yes, you can say that Wonder Woman proves female-led superhero movies could match or outperform some of their male-led counterparts, but the odds are that since Wonder Woman is the biggest female superhero in the world with the greatest name-recognition of all-time that the character is an outlier and an exception. That isn’t stopping Marvel Studios from hiring their first woman director on Captain Marvel, in directing team Anna Boden and Ryan Fleck. They get the honor of directing a film of one of comics most confusing and least known characters since Shaquille O’Neal’s 1997 turn as the character Steel. At least with Marvel, you know it will be heavily promoted and executed well.

I am not against female directors, or female characters. I’m a huge fan of Penny Marshall, Nancy Meyers, and even that one many superhero fans may have forgotten, Lexi Alexander, the Oscar-nominated Arab-German film and television director who is best known for directing 2008’s Punisher: War Zone. Honestly I don’t think the gender of the director matters. I think people should be hired on merit, not skin color or gender identity. I also don’t think there’s another female superhero with the cache and the potential to make box office records like Wonder Woman. She is definitely one of a kind, with a rich history and generations of fans. I firmly believe that film’s success had far less to do with the gender of the crew, and far more to do with the way the creation, one that has inspired millions, was so beautifully handled. 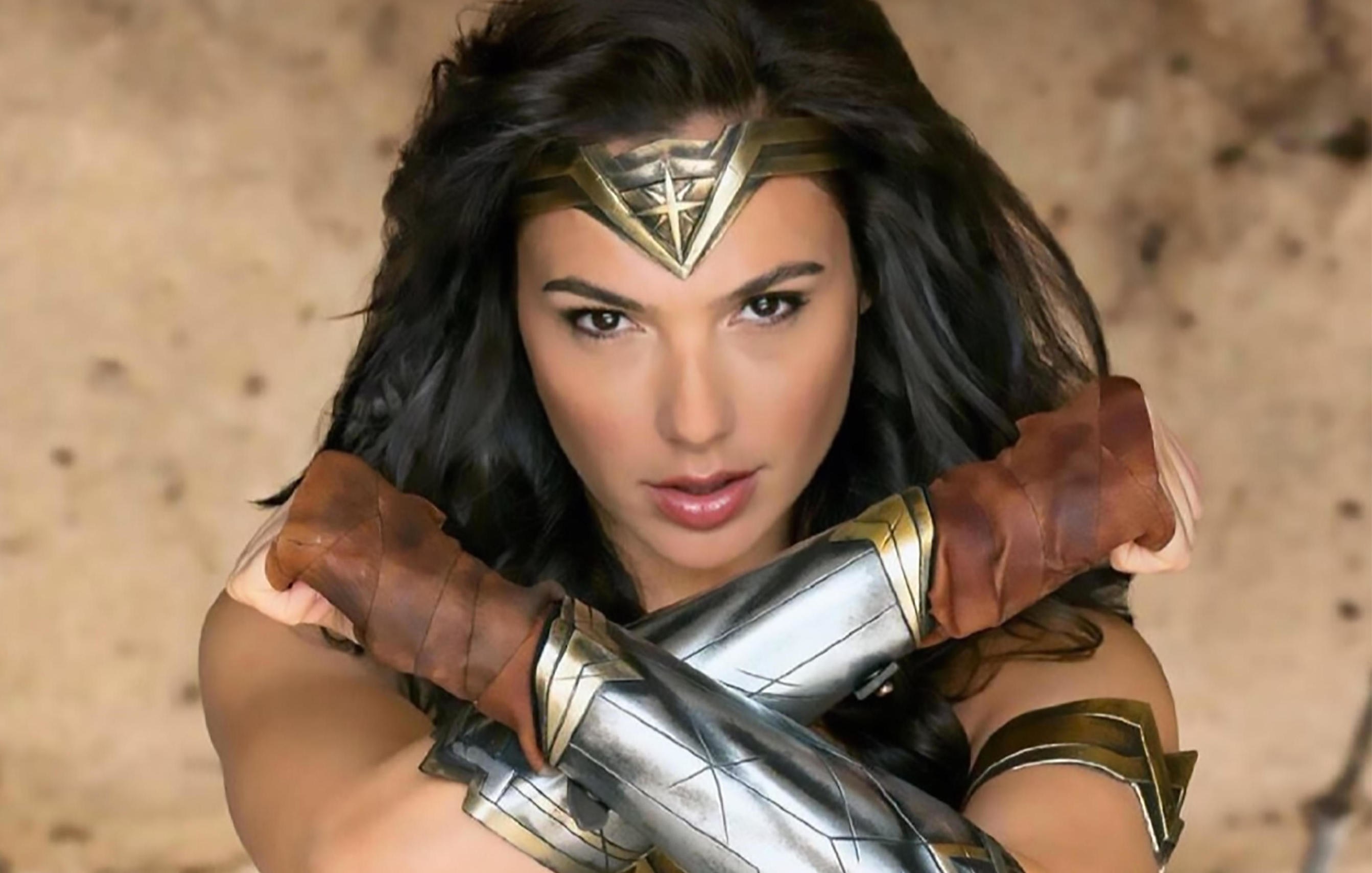