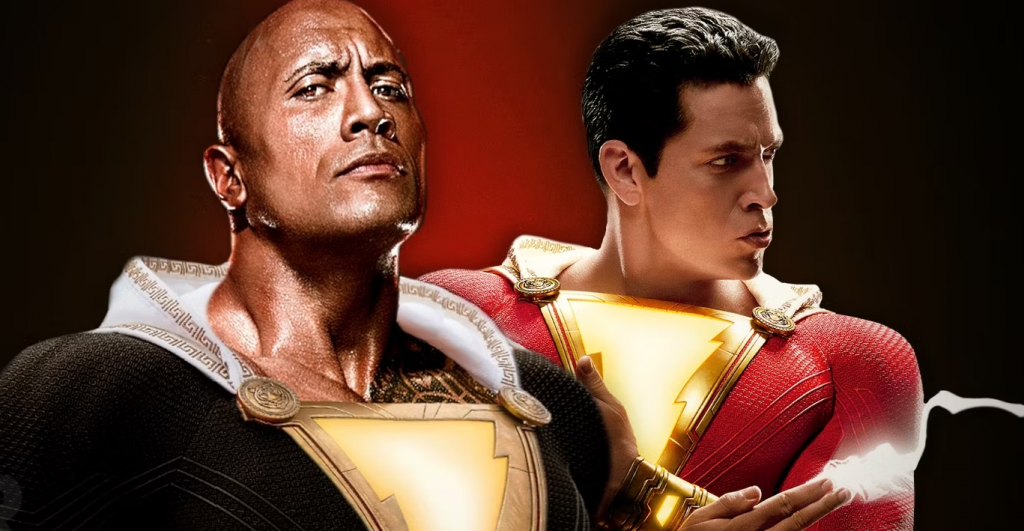 While not quite as present at the annual San Diego Comic Con as their competition, Warner Bros.’ DC Comics film universe unveiled two related trailers over the weekend. First up, Warner Bros has shared a new Black Adam trailer that shows us a lot more of the Justice Society including better looks at Pierce Brosnan’s Dr. Fate and Aldis Hodge’s Hawkman.

Through fog and lightning, the Man in Black has finally arrived to Hall H. #BlackAdam #SDCC pic.twitter.com/CaVR88w8Sk

The trailer was revealed at the Comic-Con panel that had Dwayne Johnson showing up in full costume for the opening of the panel before returning later in casual clothes for the conversation and Q&A.

The film is set to open on October 21st.

Warner Bros also dropped the trailer for Shazam! Fury Of the Gods. The preview premiered at Comic-Con on a panel with star Zachary Levi who said the sequel is about, “Shazam fitting into his new family, or Shazam-ily.” Also in attendance was director David F. Sandberg, Lucy Liu, Jack Dylan Grazer and Asher Angel.

When asked about Shazam 3, Levi said if fans go see this one he’s sure the bosses will want another. He denied reports that he would be fighting Superman… but denied in a cheeky way… and said he had no idea when he would be fighting Black Adam. The film is set to be in theaters two months after Black Adam on December 21st, 2022.