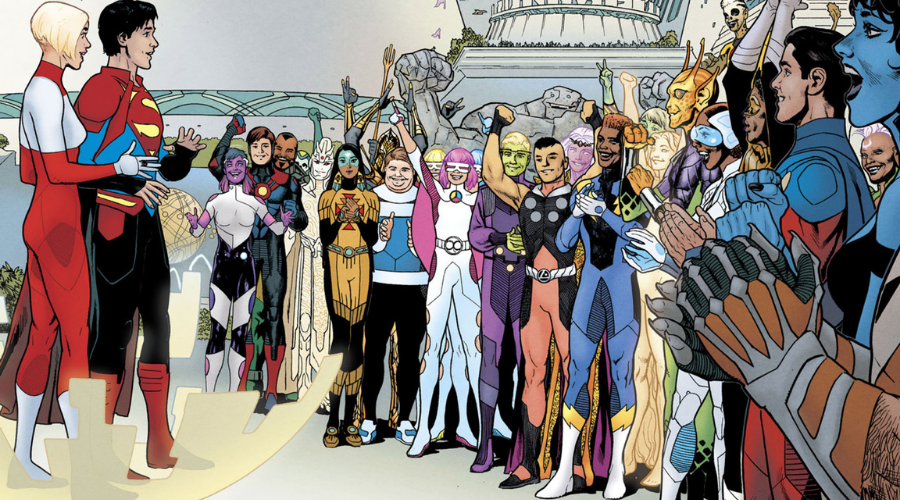 The prolific writer announced the news in his latest newsletter, where he also gave some details on how the series came into existence. Bendis previously wrote the latest volume of Legion of Super-Heroes, and the DC superhero team from the future will soon take part in a crossover with the Justice League in 2022, written by Bendis and illustrated by Scott Godlewski. The writer also pens Justice League, though he will be departing the book in March.

After talking up HBO Max’s animated adaptation of his and artist David Mack’s Dark Horse Comics title Cover, Bendis said the streaming service came back to him asking what other DC properties did he think would make for an interesting show. Of course, being a huge Legion of Super-Heroes fan, Bendis enthusiastically suggested the team, and HBO Max took him up on the offer.

“HBO Max has put me to work on a Legion of Super-Heroes TV show,” Bendis revealed. “At the moment, it is being developed as an adult animated show. Can you tell I am jumping up and down about this? I’ve been working on it for a while and last week I was sent to the next phase.”

Bendis also revealed that the adult animated series will be an adaption of DC’s latest Legion of Super-Heroes comic by Bendis and artist Ryan Sook. “And just like that series, on sale now, it will harken back to so many classics while at the same time doing what Legion does: pushing all the ideas of superheroes forward in every direction,” he said. “I think Legion of Superheroes is among the greatest franchises in the history of comics and I’m as honored to be curating them as I was Spider-Man.”