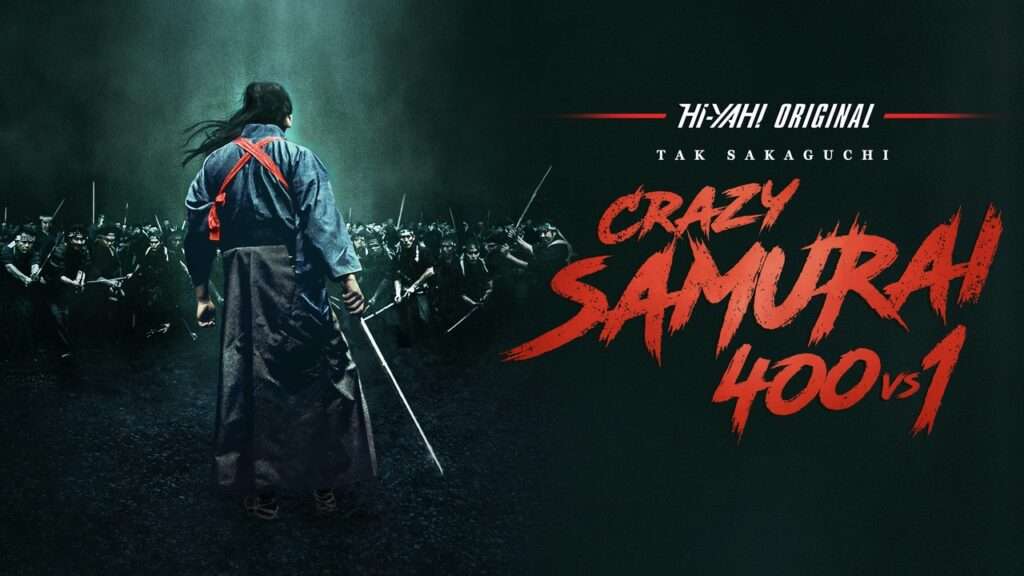 None can even come close to the feat of a 77-minute fight scene in Crazy Samurai: 400 vs. 1 which tells the story of a master samurai who defies the odds as he takes on 400 swordsmen in a duel to the death. Miyamoto Musashi (Tak Sakaguchi) fights for his life against 400 warriors, earning a place in history as the CRAZY SAMURAI MUSASHI. You read that right. This film features the world’s first 77-minute, one-take action film sequence.

Crazy Samurai: 400 vs. 1 is a fictional story about Japan’s most famous sword saint – or Kensei – Miyamoto Musashi (1585-1645 AD). The original Japanese title is Kyo Musashi (Kyo means “crazy”) and an alternate anglicized title is Crazy Samurai Musashi. However, beyond the name, this is not any sort of biopic of Musashi. The real Musashi was undefeated in 61 duels, and although that falls far short of 400, that’s the most documented victories of any swordsman in Japanese history. 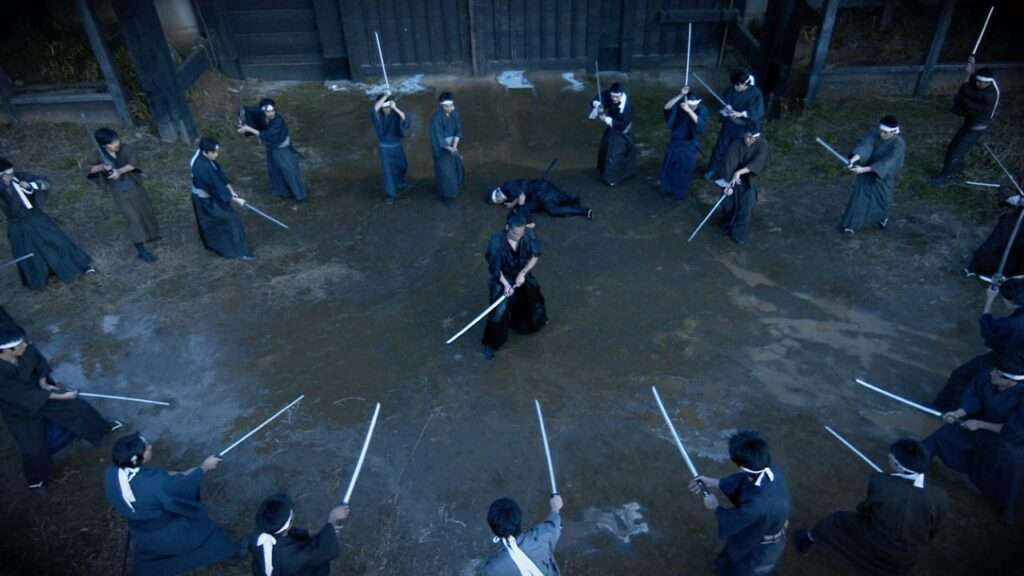 Crazy Samurai: 400 vs. 1 clocks in at 92 minutes total running time. Subtract that 77-minute fight scene and that only leaves 15 minutes for story development. The premise is established within the first 8 minutes. As a film, its storytelling is sorely lacking. However, for genuine connoisseurs of action cinema and fight choreography, it is a masterpiece.

Watch it now on Amazon.