Even one of the most celebrated X-Men writers isn’t immune to the draw of WandaVision. On his Facebook page, Chris Claremont, the writer who shaped the modern-day X-Men franchise, talked about how he’s hooked on the Disney+ series and while he knows how the comic version of the story ends, he can’t help hoping for a happier resolution.

“First confession, yes I really am (sigh) a Marvel geek & have been ever since Stan & Jack hooked me via FF #48. Second confession, I am hooked on ‘WandaVision.’ I like the stories, the characters, the works. Of course that means I’m (dang it) fully invested in the characters. And being of a ‘certain’ age, I’ve read all the history, not to mention written a part of it myself. Problem is, I really like Paul Bettany and Elizabeth Olsen; heck, I even like Evan Peters, the ‘Pietro’ from another film franchise. I even like the kids! I *know* how the original story ends and I really want Kevin (Fiege) and his idea crew to find a happier outcome. Why not let Vision and Wanda be the Marvel omniverse poster-parents, allowing Reed & Sue (of the FF) to chart a more exciting-adventurous-full of surprises course through Marvel Cinema History? Doesn’t mean they won’t be available for cameos; even better, it leaves their kids open to establish film-franchises of their own. C’mon, Hollywood guys-&-gals: I write core source material for your franchises; hell, the argument can be made that without the X-Men, yada-yada-yada! if *I* can figure out a happy ending, why not you? Last few years have been too damn screwed-up, time for y’all to come save the collective day. And for WandaVision to have a Happy Ending! ‘Nuff Said!”

When the man who brought us the Dark Phoenix Saga, the Brood War and Mr. Sinister says to lighten up, you know things have been bad. 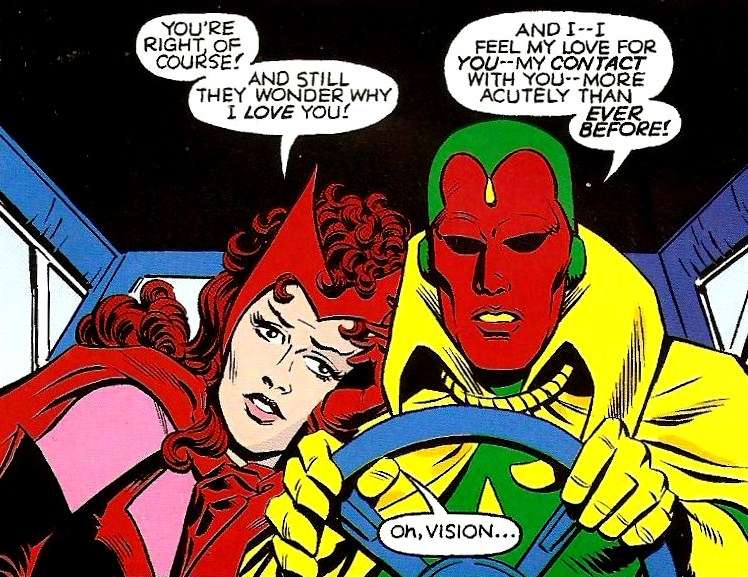