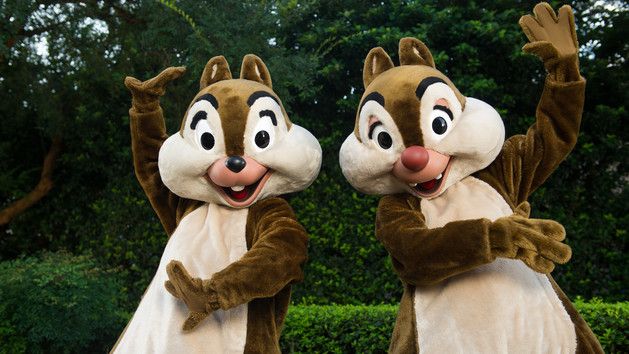 The DisInsider is reporting that Disney’s long-in-development live-action adaptation of Chip ‘n Dale: Rescue Rangers, based on the 90’s series of the same name, is set to begin filming next spring in Los Angeles.

The studio is prepping this film as a part of their original films for Disney+.

Another tidbit on the project (heard but not confirmed) is the original voice cast for the Rescue Rangers team — Tress MacNeille (Chip and Gadget), Corey Burton (Dale and Zipper), and Jim Cummings (Monterey Jack) — are all expected to return for the film.

Chip ‘n Dale: Rescue Rangers is set to be directed by Akiva Schaffer (Hot Rod and Popstar: Never Stop Never Stopping), one-third of Lonely Island along with Andy Samberg and Jorma Tacoma. David Hoberman and Todd Lieberman, who produced The Muppets as well as Disney’s live-action Beauty and the Beast are producing.

Plot details are being kept under wraps, but it will not be an origin story nor detective agency story. Rather, the take is being described as being meta, something self-referential and cool. The film was written by How I Met Your Mother writing duo Dan Gregor and Doug Mand; Barry Schwartz wrote a previous draft of the script.

How 'Daredevil: Born Again' on Disney+ Connects to the Netflix Series
Disney Won't Remove Gay Kiss in Lightyear for Disney+ in the Middle East
World's Biggest Gaming & Sports Events to Watch in 2023
Dave Filoni Said Disney+ 'Ahsoka' Episode Was a 'Religious Experience'
The Abomination is Back: Tim Roth Discusses His Return to the MCU
Red / Yellow: Our Best Look Yet at Daredevil's Disney+ Costume
Get Woke... Disney's Stock Now One of Worst Performing of the Year