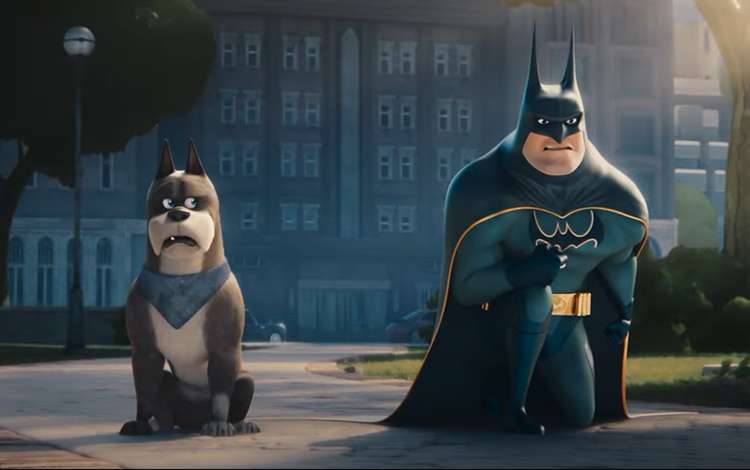 After a slower July at the movies for kids, could “DC League of Super-Pets” come to the rescue?

The Warner Bros. animated superhero comedy may not be closing out the month with a bang, but it will at least manage to lead domestic box office charts. Over the weekend, “DC League of Super-Pets” is aiming for $25 million to $30 million when it opens in 4,300 North American theaters, which should be enough to dethrone Jordan Peele’s “Nope” as the No. 1 movie in the country. Peele’s UFO thriller, which opened last weekend to $41 million, is expected to decline by roughly 60% with $15 to $16 million in its sophomore outing. Movies aimed at family audiences have been a mixed bag at the pandemic-era box office, with Universal’s “Minions: The Rise of Gru” scoring a mighty $300 million domestically to date and Paramount’s “Paws of Fury” flailing with $14 million domestically. Not to mention the middle of the road performance from Pixar’s “Lightyear” which underperformed with $117 million domestically. In terms of brand awareness, “DC League of Super-Pets” falls within the same realm as some of those films; it’s not a sequel to a mega-popular franchise like “Minions” but it’s based on DC lore so it’s not entirely new to audiences.

Directed by Jared Stern, “DC League of Super-Pets” features the voices of Dwayne Johnson, Kevin Hart and Kate McKinnon as the four-legged friends of Justice League members. The movie cost $90 million to produce, so it’ll need to resonate with young kids (and probably a lot of comic-book lovers) to become profitable. Are you hearing any buzz about the movie?