Before Colin Trevorrow returns to Jurassic World for the third film in the franchise, the director is apparently giving audiences a glimpse on the small screen. Trevorrow has announced plans for Battle at Big Rock, a “Jurassic World Short Film” debuting on FX this Sunday, September 15. Accompanying the announcement were Jeff Goldblum‘s ominous words from Jurassic World: Fallen Kingdom: “These creatures were here before us. And if we’re not careful, they’ll be here after.”

Battle At Big Rock is a short film that takes place one year after the events of Fallen Kingdom. It’s about a family on a camping trip to Big Rock National Park, about 20 miles from where the last film ended. There have been a few sightings, but this is the first major confrontation between dinosaurs and humans. 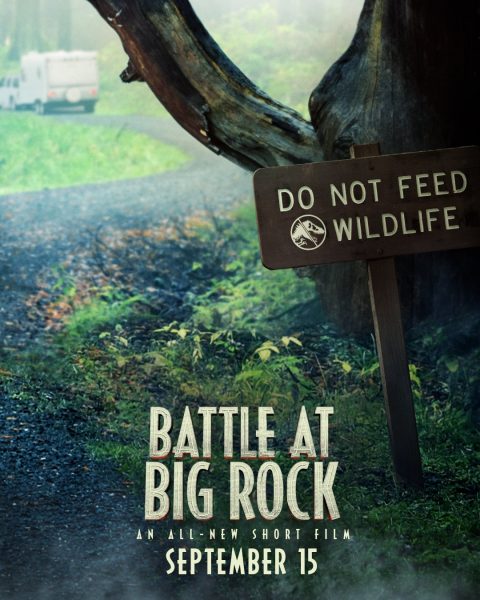