We still have 3 weeks to wait until the next installment in the Avengers franchise hits theaters worldwide, but today, some lucky UK fans were awarded a chance to watch the opening half-hour of the long awaited Marvel superhero movie. This event in London was a rare opportunity for some fans to see part of the movie even before film critics and industry insiders. 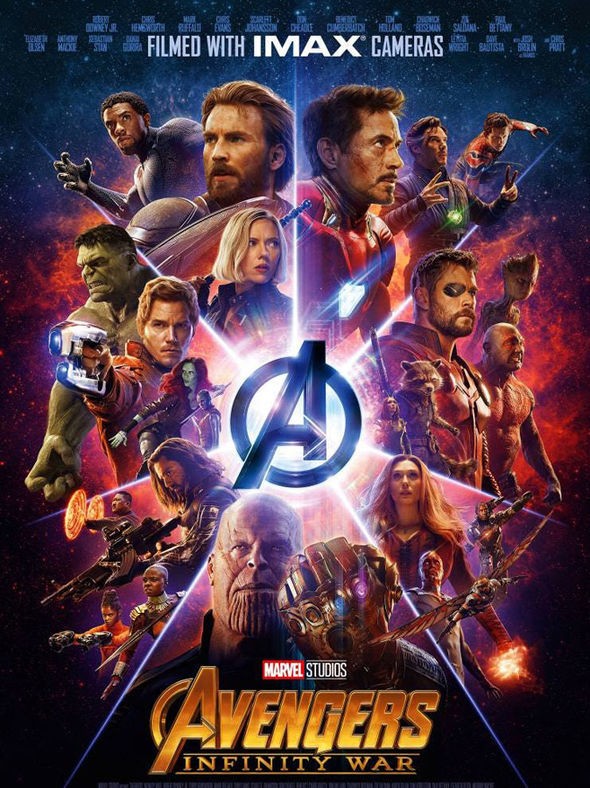 Some of those reactions are below.

I’ve seen approximately 30 minutes of #Avengers: #InfinityWar, and while I don’t want to give anything away, I do want you to get even more excited. What I saw was fun, fast-paced, fan-pleasing and witty. And I’ll say this: it’s well worth rewatching all *18* previous films. A couple of notes on the #Avengers #InfinityWar footage: Benedict Cumberbatch’s Doctor Strange is really coming into his own. The new Iron Man and Iron Spider suits are great. Get ready for some darkness (so to speak). I really like Wong. Ahem. And… yeah. That’s it for now.

Just saw 25 mins of #AvengersInfinityWar. Can’t say much, but it was one hell of a trip seeing Marvel characters from all corners of the universe crossing paths. So much potential for humour, and the @Russo_Brothers milked it for every penny.

It’s funny, the action is epic & the villains look spectacular😱

Plus, goatees! Groot! AND the sneak peek is more quotable than most feature-length films. #Marvel fans are in for an amazing treat👊 pic.twitter.com/kIKgUwuBVV

We’ve just seen 30 mins of #AvengersInfinityWar. Can’t say too much but it’s way ambitious, it’ll switch tones between different groups (the Guardians sequence had a very different, look, feel and soundtrack to the New York scenes) and it’s going to be funny. Still no Hawkeye! pic.twitter.com/FehX5anmB9

The exciting event kicked off at 6:30pm at Television Studios in White City. Directors Anthony and Joe Russo were there to meet and greet the fans. Locals Doctor Strange’s Benedict Cumberbatch and Loki’s Tom Hiddleston along with The Vision’s Paul Bettany and Black Panther newcomer Letitia Wright were on hand to greet moviegoers as were Winter Soldier’s Sebastian Stan and Scarlet Witch’s Elizabeth Olsen. The full length film will not be shown until the LA premiere on April 23, 2018. All reviews are embargoed until April 24. The movie will open in the UK on April 26 and April 27 in the US.

If the reactions above are any indication, it looks like Marvel may have their biggest hit yet with this film. Was there ever any doubt?

Might be a good time to rewatch all 18 films leading up to this one as The Manc Geek is doing now on his Twitter feed.