Continuing our Rambo Retrospective, Ingrid and I now move on to Rambo III and… oh boy…

This movie was a snore fest! Oh, sure there’s a lot of action, but that’s mostly it. The movie is so rudimentary in concept and presentation that it actually manages to be boring during its lengthy scenes of mass mayhem. And this film is far removed from the thoughtful drama that marked First Blood. The only saving grace is that John Rambo is being sent in to rescue Col. Trautman and through this mission, viewers get to see Richard Crenna take on the biggest role the character has had in the first films, and their interactions almost salvage things. 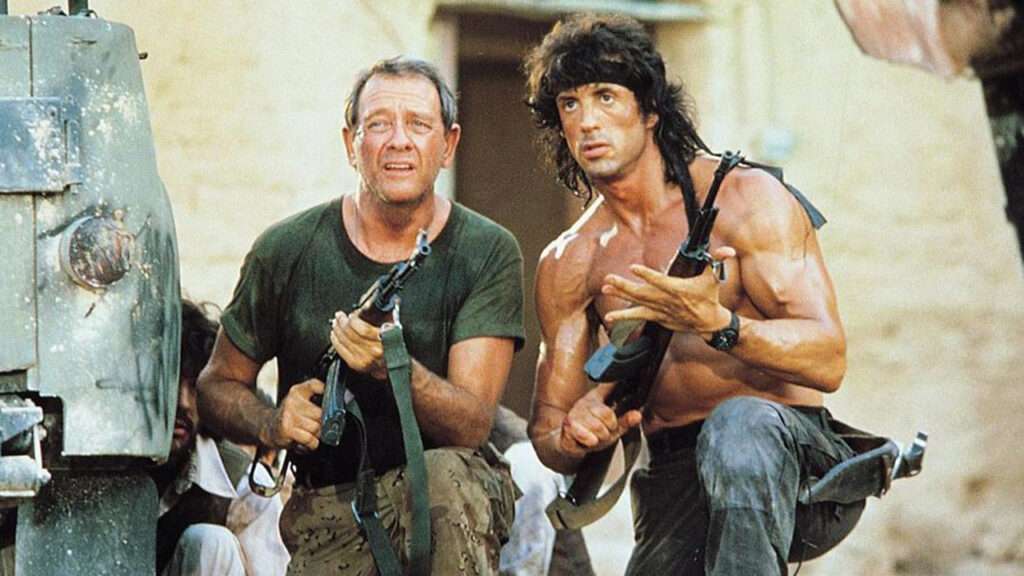 Why is that? Because that’s where most of the actual character stuff that Ingrid and I feel made the first two Rambo films work so well. Everything else, perhaps 85% of the movie, was either stealth maneuvers, or explosive action. The villains were paper thin and flat. There was just so much not interesting about this! It was reported at the time to be the most expensive film ever ($63 million, not including Sly’s $20 million salary). The film also was finished by Peter MacDonald, the second-unit director on Rambo II with only 48 hours notice, following the firing of original director Russell Mulcahey.

No much else to say here, our least favorite of the movies. Moving on!