Fans of Robert E. Howard‘s Conan the Barbarian, the sword-and-sorcery pulp fantasy icon, were very excited about the news that Amazon was about to inject new life long into the character with an ongoing series. Conan the Barbarian, aka Conan the Cimmerian, was created by Howard in 1932 in a series of fantasy stories published in Weird Tales magazine.

The character has been the subject of a number of screen adaptations, most famously played by Arnold Schwarzenegger on the big screen. Later, there were two animated TV series and a short-lived 1997 syndicated action-adventure series, Conan the Adventurer, toplined by Ralf Möller. But there hasn’t been much for Conan fandom since the 2011 film starring Jason Momoa other than the well-received Conan Exiles videogame.

The Amazon Conan series project had a creative team with the right pedigree. Colony co-creator Ryan Condal, Game of Thrones director Miguel Sapochnik, and Fargo and The Handmaid’s Tale executive producer Warren Littlefield were all on board, along with Pathfinder Media and Endeavor Content. Condal was to serve as the series’ creator/writer/EP while Sapochnik would direct and executive produces alongside Littlefield. The team had the creative goal to return to the original Howard literary works and produce a series that is faithful to the spirit of his Conan character. 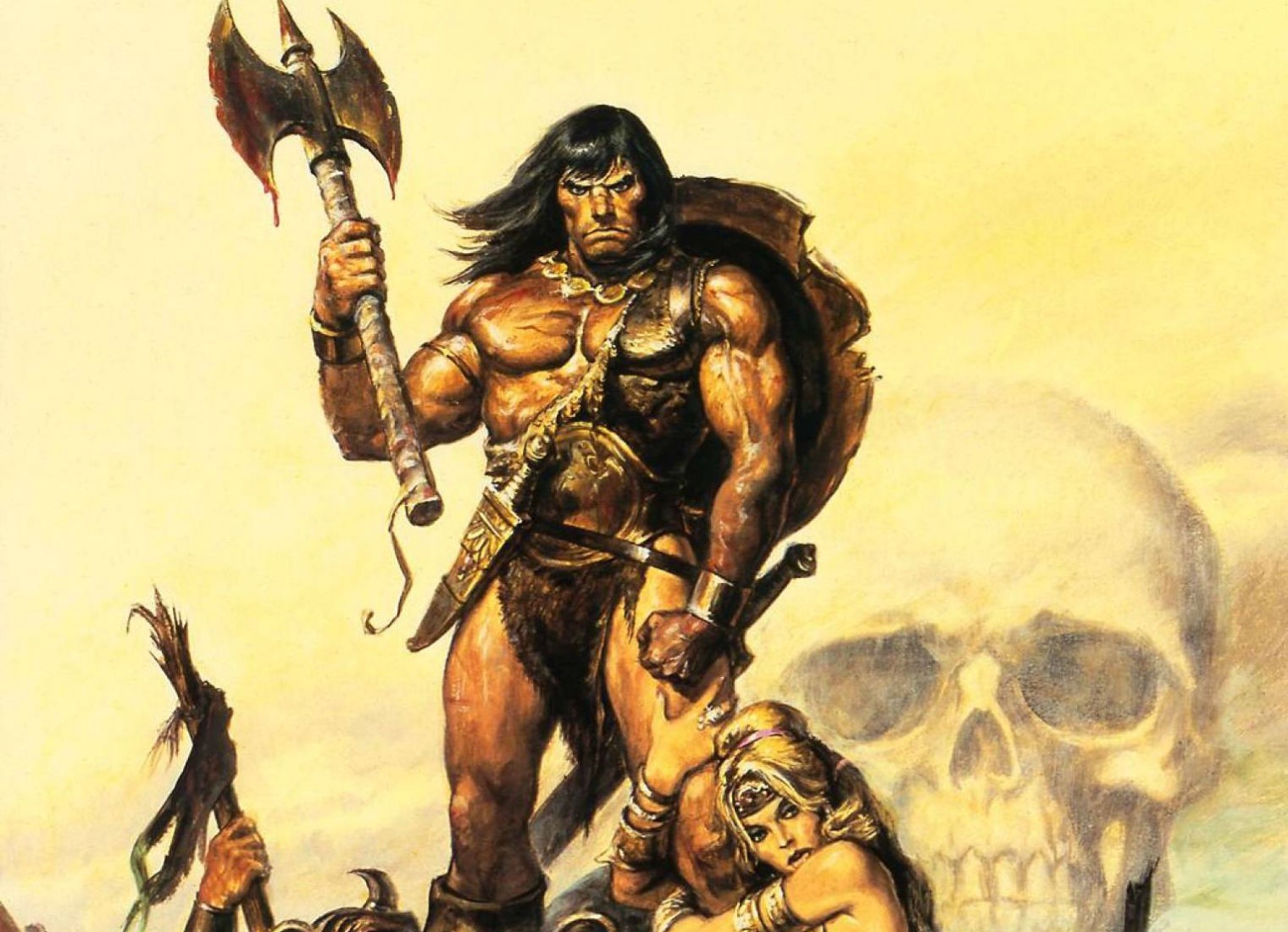 But fans of Howard’s Cimmerian Barbarian apparently will not get to enjoy his return to the small screen anytime soon if comments made on the 430 podcast last week are to be trusted. Ashley Edward Miller, who has written such films as X-Men: First Class, Thor, and the upcoming Big Trouble in Little China and Red Sonja films, had this to say earlier this week via Twitter.

Since today is CONAN THE BARBARIAN day on @430moviepodcast, I want to point out that @WrathOfCondal’s “Conan the Cimmerian” series WOULD have been the all-time great sword & sorcery adventure. So well imagined, so well written. If we’re lucky, it will be revived in some form.

We’ve seen no other official word from Amazon or series creator, but in the podcast episode, Miller praised the script and said it was a shame it would not get made. For his response, Condal responded to the tweet with the following:

While no other media outlets seem to be reporting this, those exchanges would indicate that this sad news is true. In fact, Condal’s Twitter account no longer sports any Conan imagery as it had in the past.

If accurate, Amazon could be missing a great opportunity as there could very well be a Conan revival after the Conan Exiles game turned out to be a hit with fans along with with Marvel Comics reviving their Conan line of books in 2019 after getting the license back from Dark Horse Comics this year.

Condal had indicated in interviews that his take on Conan would have stayed true to the original’s spirit, while introducing a serial element going through Conan’s life chronologically starting with the Frost-Giant’s Daughter, one of the earliest stories of Conan’s life. Sounds great to this Conan fan.

Hopefully Pathfinder Media can shop this series to Netflix, Hulu, or another outlet.

In the meantime, Condal is surely busy working on his upcoming theatrical adaptation of the Image Comic ‘Analog’, by writer Gerry Duggan and artist David O’Sullivan. It tells the futuristic tale of when the internet and high-end technology were abandoned after everyone’s secrets were exposed in a world-wide doxxing incident.

We’ll be sure to update this story when more is known of if the Conan project is revived.

Red / Yellow: Our Best Look Yet at Daredevil's Disney+ Costume
It's Time to Take Back Our Culture & Entertainment from the Left
Amazon Asked Peter Jackson to Help with Its LOTR Series, but then Cut Him Off
Netflix Puts a Stake in Lesbian Vampire Series 'First Kill' After One Season
'Kung Fu Panda: The Dragon Knight' Just Expanded a Decade Long Franchise
Long Live the Snyderverse: Affleck Returns to DCEU in Aquaman 2 & Flash
Bidding War: 'Tomb Raider' Film Rights Back Up for Grabs