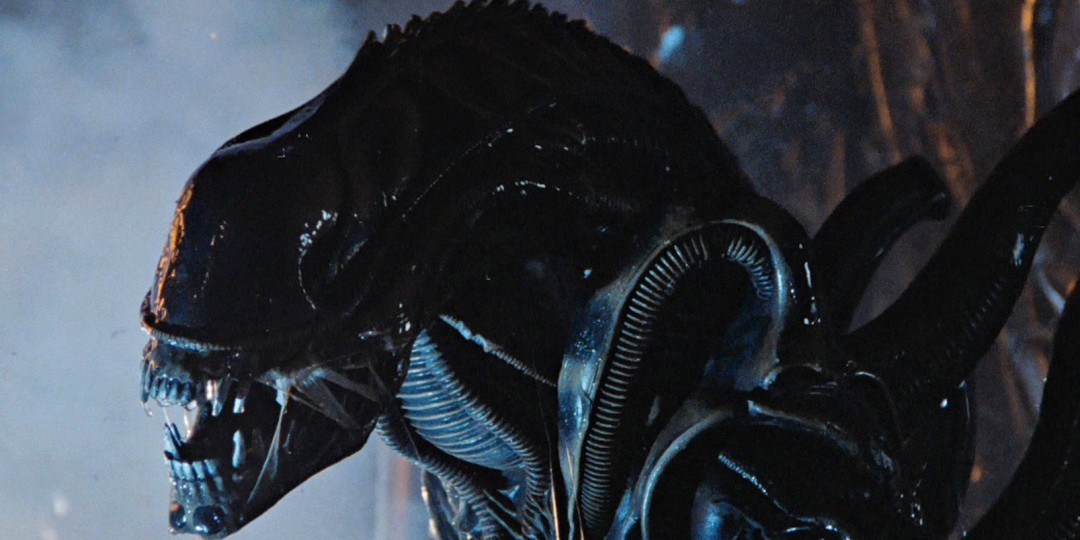 Word came forth last week that, with the merger of Disney and Fox, the “Alien” franchise is looking to be rebooted.  According to We Got This Covered, despite the box office flop of Alien: Covenant, Ridley Scott may oversee production as reboot producer.

There’s a lot to unpack here. The obvious first question is “should the franchise be rebooted?”

The short answer to that is “yes”; however, the first two films should be left well alone. They are irreplaceable classics.

A couple of years ago there was scuttlebutt about District 9 director Neill Blomkamp doing a reimagined Aliens sequel which would have made Alien 3 and Alien Resurrection apocryphal. Sigourney Weaver reportedly was on board, as were others from Aliens. However, once Ridley Scott decided to move forward with his Prometheus sequel, Blomkamp lost interest.

Although this new chance for something (much) better following James Cameron’s monstrous 1986 hit has presented itself, it’s unlikely Blomkamp will revive his idea. But there’s another story out there which is similar in nature: Mark Verheiden’s incredible series for Dark Horse Comics which began in 1988. 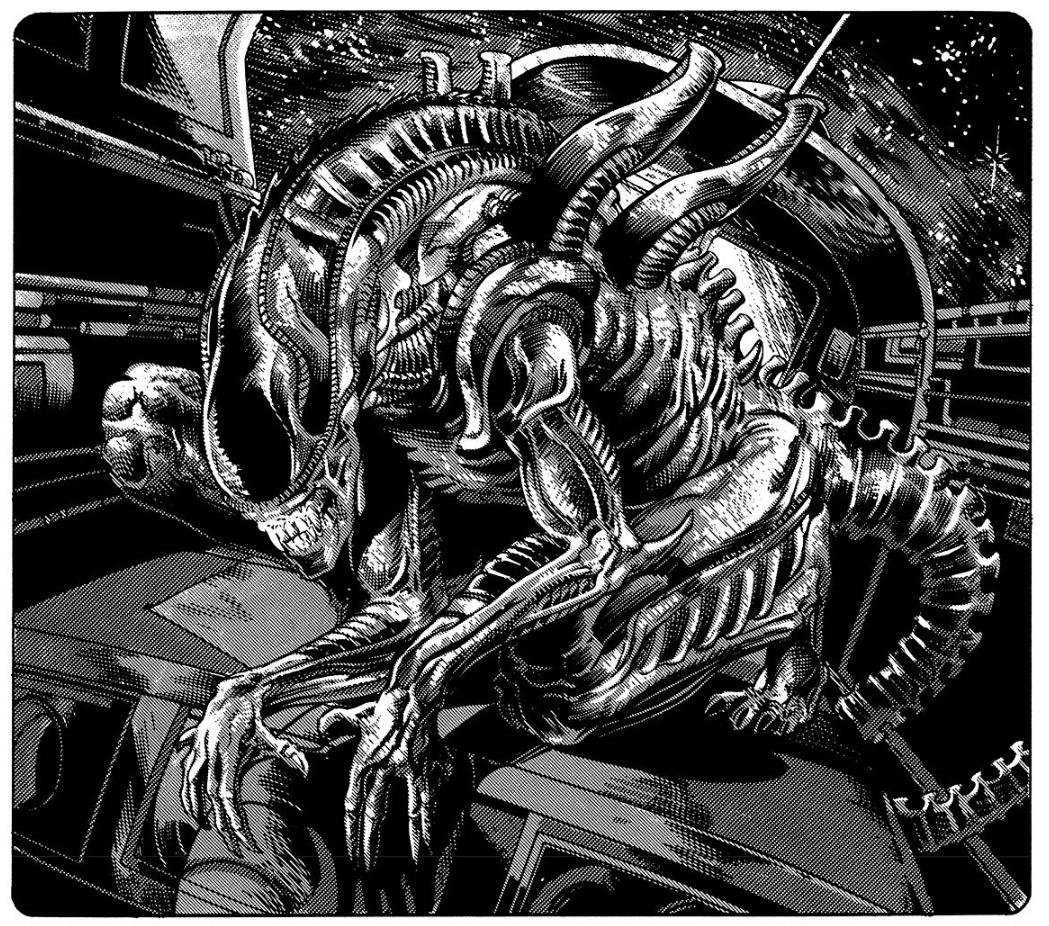 Originally called “Aliens,” “Aliens Book 2,” and “Aliens: Earth War” (the first two have since been repackaged as “Aliens: Outbreak” and “Aliens: Nightmare Asylum”), Verheiden picks up a number of years after the events in Aliens. Acheron survivors Newt and Hicks figure prominently in the tale, the former initially in a psych ward, and the latter a pariah due to his disfiguring scars from Alien blood.

The Company believes it has discovered the Alien home world, and sets up a mission to check it out. Meanwhile, a cargo vessel has appeared in Earth orbit, its pilot with a facehugger on his head. Unfortunately for our planet, that facehugger happens to lay a Queen egg in its victim’s chest. You can probably guess what happens from there … !

Due to his experience battling the xenomorphs, Hicks is chosen to lead a government (not Company) mission to the alleged Alien planet, and he smuggles a rescued Newt along for the ride. Mark A. Nelson’s black and white art in the first edition is sensational, and Verheiden’s interludes — especially “The Theory of Alien Propagation” — are mind-blowing.

“Book 2” picks up right after the events of its predecessor. It centers on a nutcase military officer who believes he can train, and ultimately lead, a group of Aliens in the reconquest of Earth for humanity. Needless to say, it doesn’t quite work out that way. This edition features wonderful painted art by Den Beauvais. 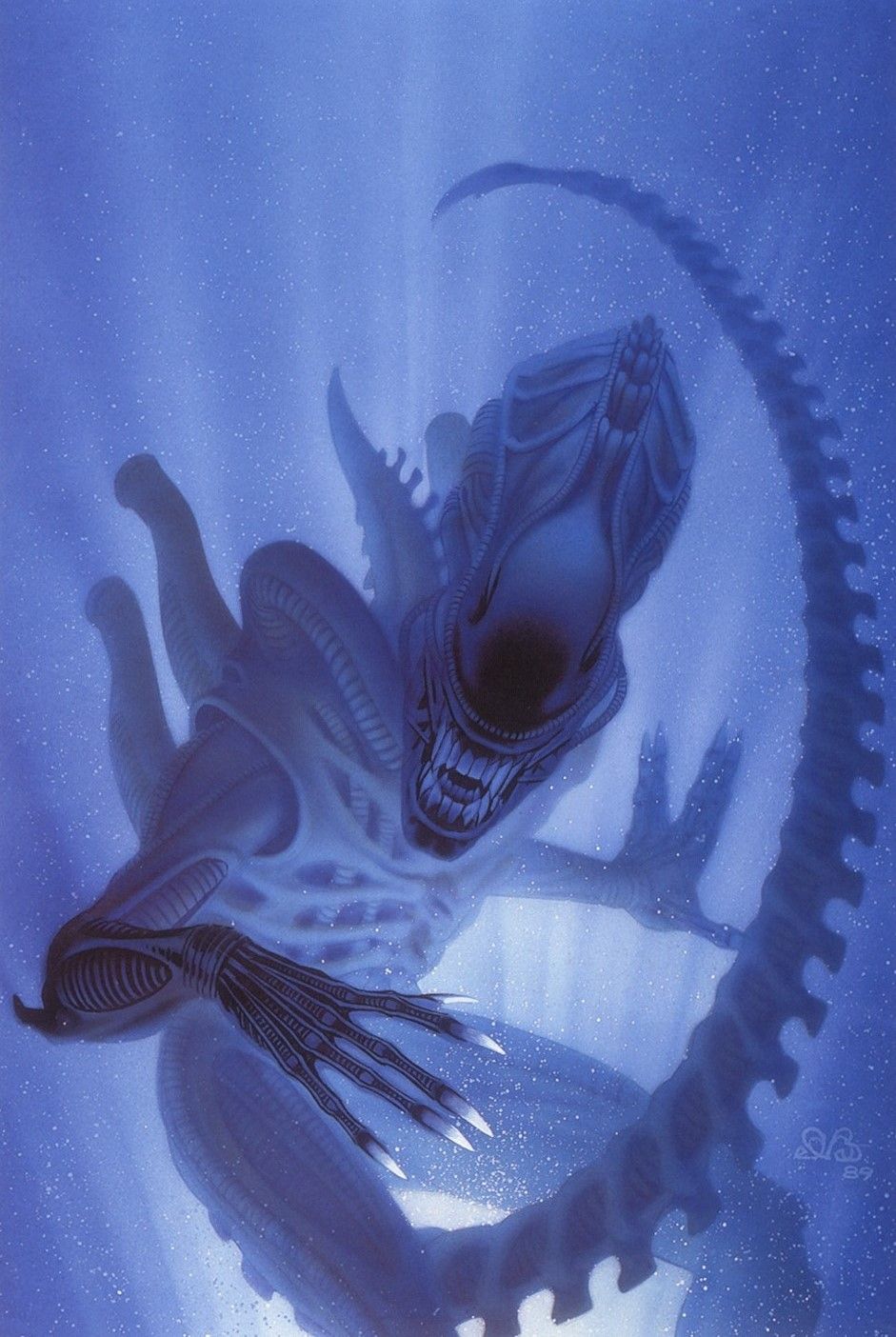 “Earth War” returns Ripley to the fold, and she, Newt, and Hicks retrieve a so-called Alien “Queen Mother” to take to Earth. The hope is that the vast majority of our planet’s Alien infestation will rush to her defense … whereupon Ripley will nuke ’em all to hell! Sam Kieth’s artwork is quite inferior to that of Nelson and Beauvais, but Verheiden’s script keeps on rockin’ and rollin’.

Disney should give serious consideration to a variant of this trilogy. Verheiden, after all, is no slouch beyond his comics work; he contributed significantly to the acclaimed “Battlestar Galactica” reimagined SyFy series, NBC’s “Heroes,” TNT’s “Falling Skies,” and the films The Mask and Timecop.