About That ‘Untitled Deadpool Movie’ Coming Out December 2018… 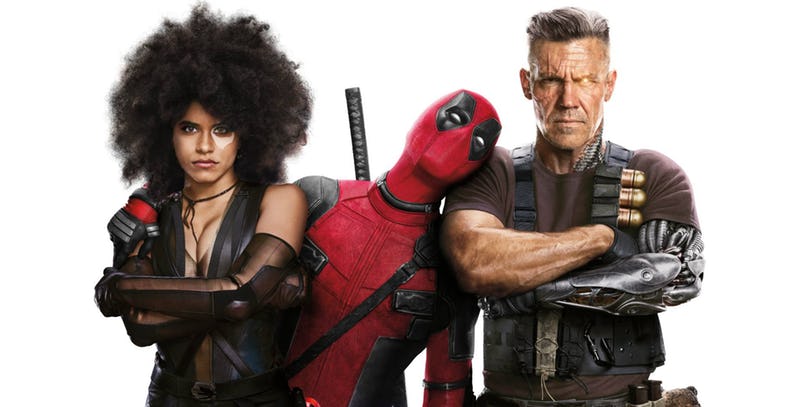 Deadline reported earlier today that what FOX has recently listed as their “Untitled Deadpool Movie” to be released on December 21 would in fact be a recut version of the 2018 Deadpool sequel. A mere seven months after Deadpool 2 hit the theaters, FOX has scheduled a Deadpool 2 PG-13 re-release without any warning. Are fans ready for a Deadpool film without some of the gore and several f-bombs?

Is it possible that 20th Century Fox is scheduling a surprise PG-13 version of Deadpool to appeal to the family crowd around the holidays and to fill the gaps from its other films that it just pushed back? Or is this a last ditch cash grab before the rights go to Disney?

I suppose that in case Disney has any hesitations about continuing this franchise with its R-rating intact, this could be a brilliant strategy. But will fans really be that interested in what changes, if any, are made to the movie as a whole? Will Reynolds record new jokes in post production that fit within a PG-13 rating since the mask covers Reynold’s mouth most of the time, or will they just bleep the f-bomb whenever it occurs?

One thing is for sure, this PG-13 cut of Deadpool 2 has taken the original schedule date for Alita: Battle Angel and is going to be hitting theaters on the exact same day as Warner Bros/DC’s Aquaman. Two comic book movies of this size releasing in the same weekend could be quite surprising. Will audiences be interested in a theatrical release of what’s already been available on home video? We’ll see what happens when we get an extra dose of Deadpool 2 arriving later this year.

Speaking of Alita: Battle Angel which was initially set to open on that December 21 slot. The Robert Rodriguez sci-fi click is now pushed back to February 14, 2019. That now pushes back the contantly delayed X-Men sequel Dark Phoenix, which is now scheduled to open onJune 7, 2018. The troubled film, which just debuted a lukewarm trailer, may do better as a summer film.