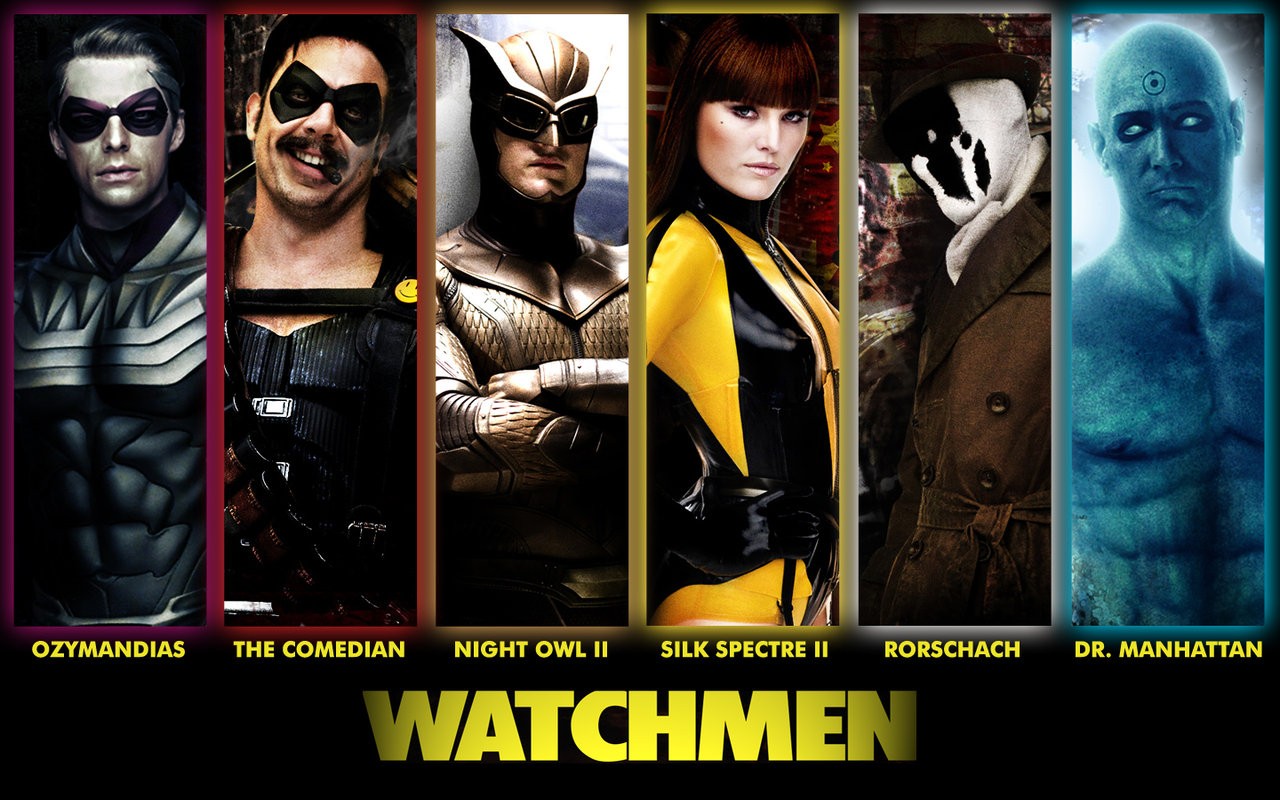 There’s a moment in Watchmen when the Union of Concerned Scientists with great ceremony sets their Doomsday Clock to five minutes to the end of the world.  At that moment, I turned to my wife and said: “We should be so lucky.  This thing’s got another hour before it’s over.”

Ten years ago today, the hollowness and moral bankruptcy of American capitalism was put on full display by Hollywood when they made this atrocity.  I watched it in the theater thinking how awful it was and that I never wanted to see it again.

For my sins, I decided to take another look at it last night to commemorate the anniversary.  Because I knew what I was getting into, I took the precaution of supplying myself with an ample supply of high-proof bourbon.  Even with that comfort, I still had to resort to the fast forward more than once.  This thing isn’t just bad, it’s painfully bad.  It’s not even a good bad, either.  It’s like a toothache – you just want it to stop.

Look, I get the allure of some sort of alternate history.  It can be fun.  I once wrote a romance novel in the style of Jane Austen set on a desert planet.  No, really.  And exactly zero people have paid for it because it was stupid.

Watchmen takes place during Richard Nixon’s fifth term as president.  It’s a bold dramatic move, but I think they could have improved it by setting it during William Shatner’s second presidential term.  Yes, Shatner’s a Canadian and they’d have to change the Constitution, but making Nixon president for life requires the same level of effort.

The funniest scene in any movie, EVER..!!

The difference is that President Shatner would be glorious.  The doofus doing the third-rate Nixon impersonation in this flick is just pathetic.

So’s the whole “world in the brink of nuclear Armageddon” schtick.  I liked the nod to Stanley Kubrick with Nixon’s war room, but that only served to remind me how much better Dr. Strangelove is than this clunker.

Dr. Strangelove (2/8) Movie CLIP - No Fighting in the War Room (1964) HD
What About the Source Material?
I should be clear that I’m focusing Watchmen as what it is – a movie.  I recall some folks objecting to me bringing up source material not that long ago when I was taking Peter Jackson’s Lord of the Rings to the woodshed.  Message received and understood.
So in this instance, I’m not even trying to address the importance of the original comic or its influence on the industry because that has nothing to do with the movie-goer’s lived experience.  A terrible film based on a historically significant book is still a terrible film.
And let’s also recall that what was a ground-breaking story a three decades ago is stale today – and just as stale in 2009.  It’s not like this was pulled out of a vault or the cultural changes since 1987 hit the producers with total tactical surprise.  It’s often the case that a bold innovation doesn’t age well.  If someone else wants to get into that discussion, it’s fine with me.  All I know is that I was lucky to get through the viewing without a death-dealing hangover.

For those who don’t know, our story begins with the murder of a former superhero named The Comedian.  This is the “hook” to get us into the meat of the story, though when we finally got to the Big Reveal, I could recall Scooby Doo episodes that had more suspense.

This is one of those marvelous films where everyone on the screen is such a world-class turd that you want them all to die – but not a slow, painful death because the film’s already too damn long.

The story jumps back and forth through time as characters reflect on the Bad Old Days and they have long, meandering discussions that are supposed to sound deep but are really more appropriate for an undergraduate bong session.

I get the whole notion that this is a movie that’s supposed to subvert expectations about super-heroes.  They’re vain, violent and generally cause problems.

Yet Watchmen also subverts expectations about a movie-watching being a pleasant experience, so I guess they outdid themselves.

Who’s Up for Some Cold War Nostalgia?

By virtue of our peerless prosperity and relative isolation, Americans have an odd view of contemporary history.  We consider World War II ‘The Good War’ because we only lost 300,000 lives and none of our cities were bombed into ruins.  Everyone else remembers it very differently.

Similarly, for much of the world, the apogee of the Soviet Empire wasn’t a time of moral ambiguity.  Equating American consumerism with totalitarianism is an outrage.

I’m sure the Germans, Czechs, Slovaks, Poles, Hungarians, Bulgarians, Romanians, Estonians, Latvians, Lithuanians, Ukrainians, Georgians, Armenians, Azerbaijanis (to name but a few) don’t make hip period pieces about how wonderful it was to be plundered by their Soviet masters and live in constant fear that one night there will be a knock on the door and someone in their home will be dragged off to prison or to a date with a bullet and an unmarked grave.

Okay, the Romanians did, but it’s ironic – and also hilarious.

Watchmen isn’t being ironic when they stage a meeting where Lee Iacocca and his fellow captains of industry come out against “free energy,” I almost choked.  Free?  How does that even work?

Whatever, it’s just another empty plot point as we watch Not Batman and his Super Dolly Bird try to find meaning in their pathetic lives through embarrassingly bad sex scenes.

There were also a few bits that just stuck out as odd for their own sake.  For example, The Comedian is buried by a funeral detail consisting entirely of Ranger-qualified Army captains.  What the heck?

Oh, and the revolvers used in the movie all have firing pins on their hammers, which is something that was outlawed in 1968.  Clearly the Warner Brothers prop department has some venerable antiques in their stock room.

Okay, I recognize this post is becoming incoherent, but so was the film, so we’ll call it even.

In fact, I’ll be more merciful than the filmmakers and cut this thing short.  Yes, you may hate what I wrote here, but at least you didn’t have to waste two and a half hours to read it.